The purpose of both apps is to give users a way to use their real cell phone but to mask its number under a temporary one. Both companies suggest this will be great for job searches, selling stuff on Craigslist and calling people from a local area code when vacationing in a new spot.

Maybe. Odds are, the main reasons people will actually use the app will be to:

When engaging in deceit, who wants to further complicate operations with math? Burner, Android and iOS, has a pricing structure that will give users headaches. It involves buying different credits for different uses. It’s a bit of a blur.

Shuffle, iOS only, charges $1.99/month for each phone number alias, with very light pay-per-use charges. That said, it may stymie your sexting game. At the moment, picture messaging isn’t supported on Shuffle numbers—which could be considered a feature for anyone doing business with Anthony Wiener.

Shuffle also differentiates itself by letting you set up a fake email to associate with your phone number, so all the normal contact points can be replicated, completing the illusion that you and your interlocutor have a genuine relationship.

Both apps let you make a phone number evaporate in an instant, along with all data associated with it, both locally and on the company servers.

So, when the affair goes south, they never need to know how to reach you again. 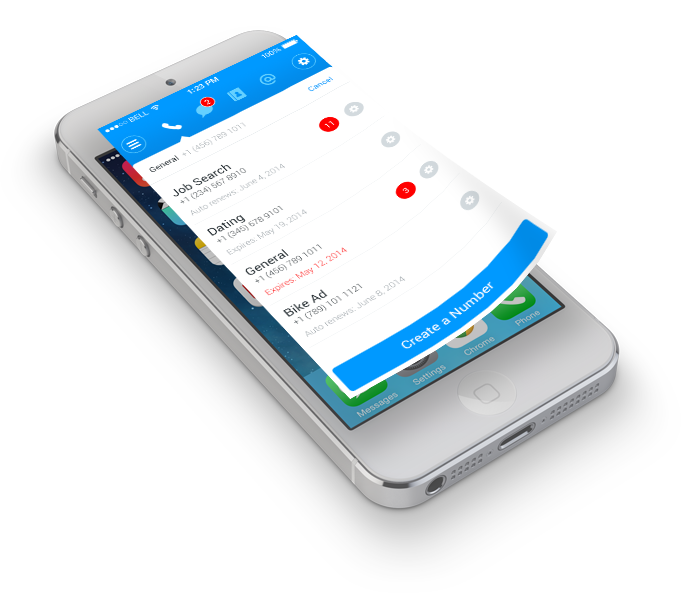