The NJ State Laborers Council forked $24,600 to the team of John Cesaro in the Morris County Freeholder contest, according to the state Election Law Enforcement Commission (ELEC), or more than half of what the team reports in its closing balance today.
Cesaro and company have $42,000 cash on hand for the final days of their much-watched tilt with friends turned foes John Kricus and David Scapicchio.
“Where is all this money coming from?” wondered Morris County Republican Chairman John Sette, who yesterday publicly backed the Krickus team after staying out of the fray for the bulk of the cycle.
“What kind of promises have these people made?” the chairman asked. “It makes no sense. If they win, this is Bergen County number two.”
For his part, Krickus this morning reported a closing balance of $6,231 in his individual campaign account. His report includes a $5,000 cash from himself and $500 from U.S. Rep. Leonard Lance (R-7). Scapicchio also got a $500 check from Lance. Their running mate, veteran Councilwoman Deborah Smith, reported $14,670 cash on hand in her individual account, according to ELEC.
The allies of the chairman and state Senator Tony Bucco (R-25) pin the influx of labor cash in part on the influence of state Senator Joe Pennacchio (R-26), who last week rushed tot he defense of labor money beefing up the coffers of his candidates.
Pennacchio’s allies dismiss the criticisms as the out-of-touch and hypocritical ravings of sour grape rivals, pointing to the labor support- including key early backing by the Laborers – that Gov. Chris Christie (who got his political start as a Morris freeholder) received when he ran for reelection in 2013. They note, too, the longtime receipt of labor dollars from Morris Republicans like Bucco.
But Jose Arango of Hudson County, chair of the GOP chairs, took up a cudgel for Sette and the Krickus Team.
“The Democrats should be ashamed of themselves for inserting their special interest funds into a Republican Primary election,” he said. “But more disappointingly, Cesaro, Tedesco, and Myers should switch to the Democratic Party if they think accepting funds from shadow Democrat groups is the way to win the confidence of the hardworking citizens in Morris County. Democrats have taxed and spent their way into irrelevancy, and have no success to speak of at the county level in Morris County. I fully support Chairman John Sette and his endorsement of the Krickus, Scapicchio and Smith Team.” 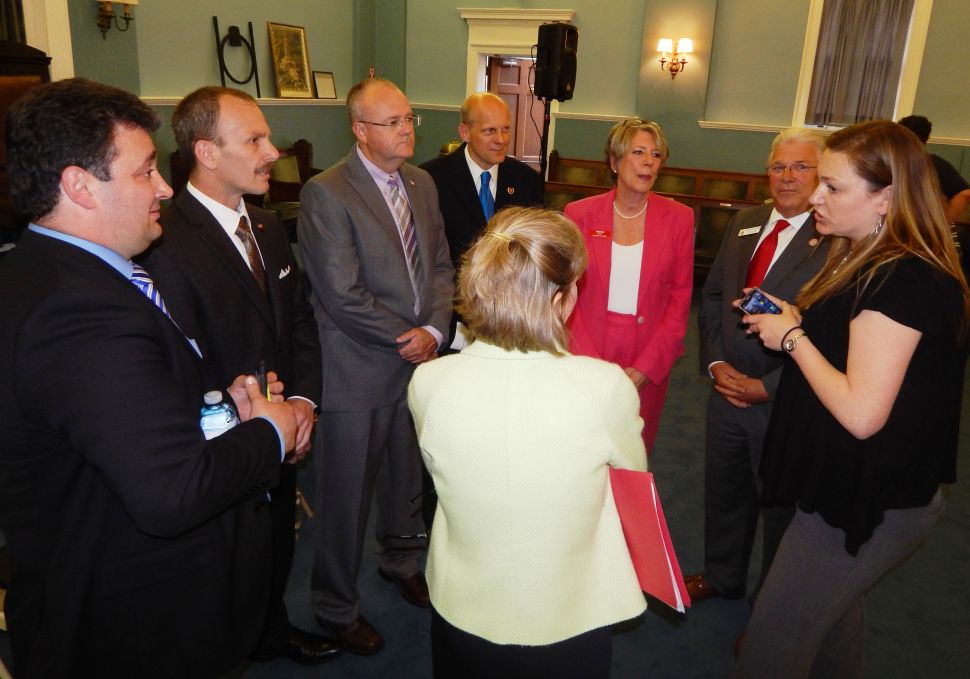