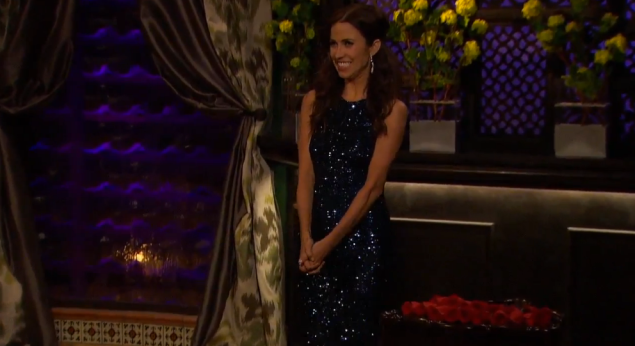 The Bachelorette is so good, it’s frustrating that we have to cap it off at a measly two hours per week—or three hours, in the case of this season’s premiere. That’s why this morning, we’ll be having a Bachelorette Morning-After Rose Ceremony to celebrate the people, places and moments that really made the previous night’s episode shine.

No roses to Britt, who’s way sadder than necessary at being booted out of Bachelorette-dom. “I’m so grateful for the experience, but I almost wish that I hadn’t met them,” she says in the limo, sobbing for the 12 billionth time since first appearing on TV.

I got news for ya, Britt: 24 of those guys are still going to be single come the time the show’s done filming. And you can take them on dates that don’t involve mimes, goose parades, or drinking goat’s milk straight off the teat. 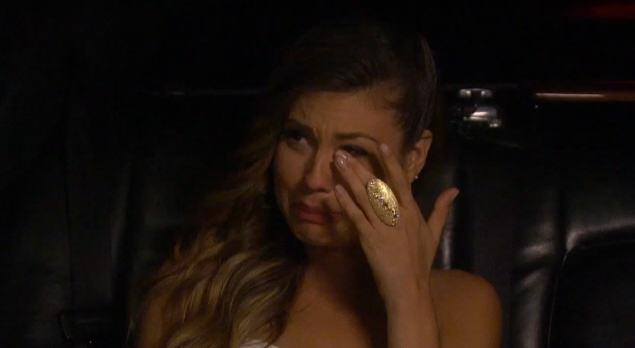 A rose to the only part of the Bachelorette premiere more cringeworthy than Ryan M. wreaking drunken havoc in the holy rose box room: Chris Harrison congratulating Kaitlyn on winning the dudes’ vote.

“Sweet girl,” Chris whispers softly, pulling Kaitlyn into his arms and simultaneously inviting America’s bums to fold in on themselves in discomfort. “Sweet girl?” Does Chris Harrison fancy himself America’s Fairy Godmother? Is he not already aware that Oprah exists? Apparently not: 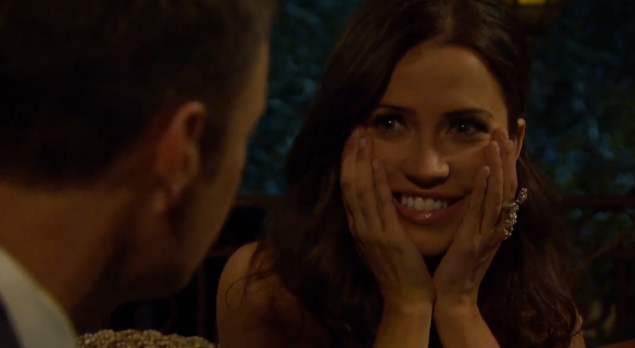 “i don’t even know what to do or say right now” (Photo: ABC) 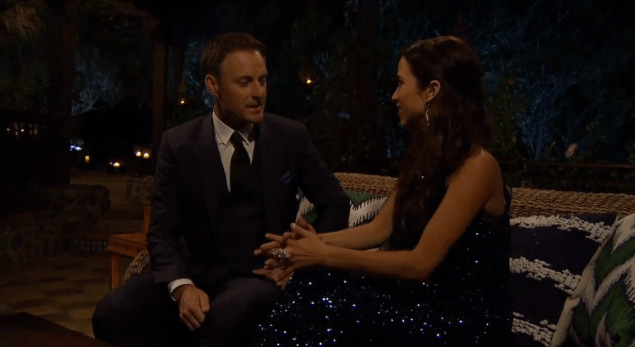 A rose to the disembodied voice of Kaitlyn’s mother, which proclaims it is “so proud” of its daughter for satisfying the sexual fantasies of a guy who rolled up in a motorized cupcake, and another whose job title is “amateur sex coach.”

A thousand, trillion, bajillion roses to the looks of pure joy on the faces of Shawn and Ian (luv u Ian) as they find out Kaitlyn is Bachelorette. They’re like freshly-fallen snow. They’re like children on Christmas morning. They’re like Harry Potter learning from Hagrid that he is a boy wizard. Good god, could it be that there are liquids forming in my eyeballs? It is way, way too early in the season for me to be feeling real feelings. 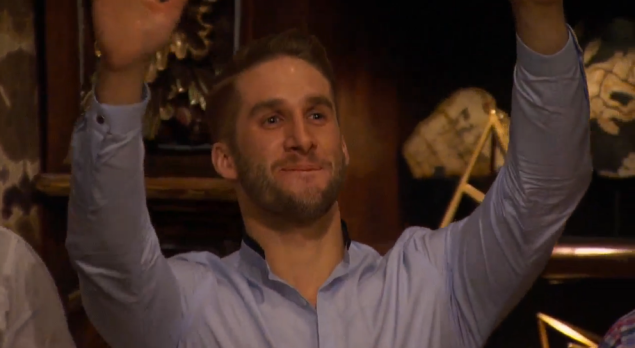 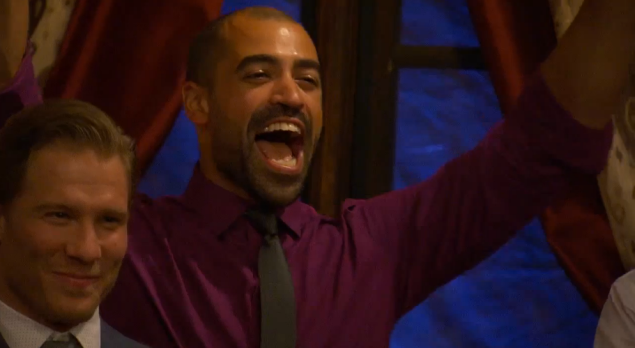 One thousand hand-sculpted metal roses to Joshua, the industrial welder who can’t string three words together, but dammit, can that man weld. Joshua is basically the robot guy from that movie District 9. Joshua like Kaitlyn. Joshua weld. 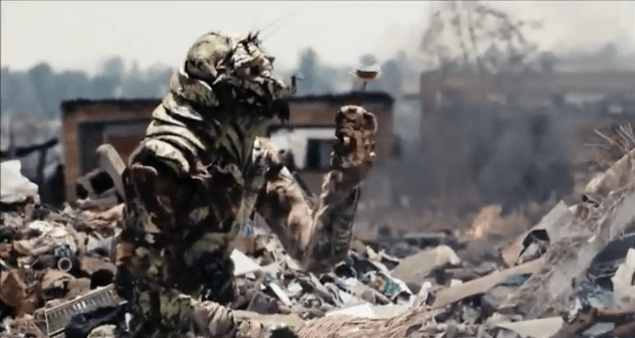 No roses to Scary Jared, who’s spent the past few hours thinking about all his complicated, dark, twisted feelings. In a super serious conversation with Kaitlyn (has Scary Jared ever known laughter?), he confesses that he voted for Britt, but that he’s still totally in it to win.

Kaitlyn says she is “really happy” Jared told her the truth. She either has terrible judgement, or is quietly paranoid that one wrong move could spur Scary Jared to poison each of the remaining cast members in his sleep. 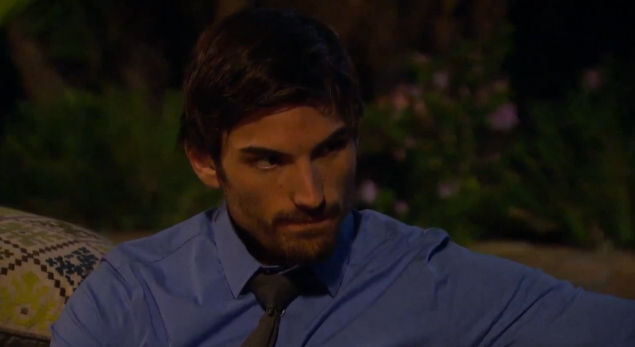 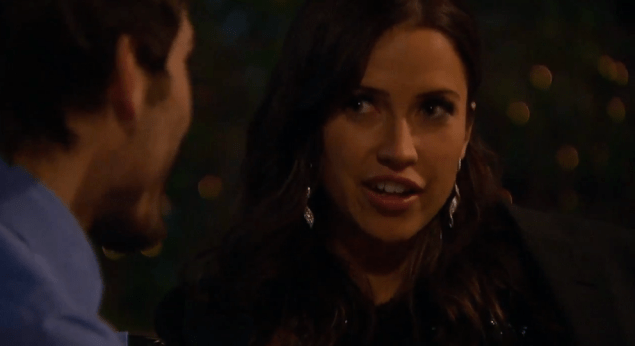 A rose to Chris, the dentist, for scoring this season’s first make-out. A wise man once said, “He who arrives at the Bachelorette mansion in a motorized cupcake car does not a kiss receive,” but apparently, that wise man was wrong. Get it, Chris!

But even more roses go to Shawn: last night’s clear front-runner, and now the proud, long-hair-don’t-care recipient of the coveted First Impression Rose. But that’s not all; when Shawn and Kaitlyn talk, ABC plays the all-important tinkly music in the background—the special sound effect reserved for situations when a contestant has no distinguishable personality yet, but viewers should know they eventually become significant.

“I haven’t been this happy in a long time,” says Shawn, who introduced himself to Kaitlyn approximately three hours ago. 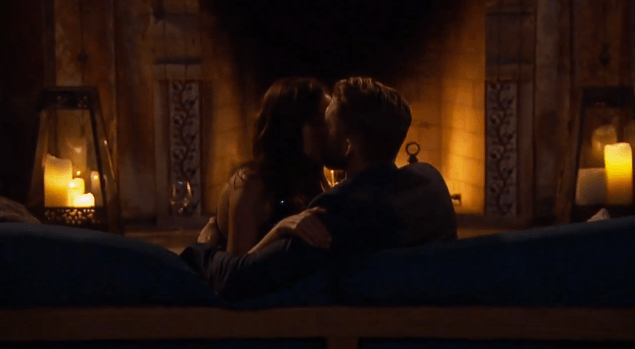 A rose to anyone who can tell me why Kaitlyn doesn’t just waltz in the Rose Ceremony, ask who voted for Britt, and send them home. Why is she even stressed about deciding who to pick? Is it because she just desperately wants a shot at love with Kupah, the guy who is literally here looking for a trophy wife? Kaitlyn, these decisions should NOT be difficult.

A rose to every man who’s been tottering drunkenly and exhaustedly around the mansion for the 40 million hours it takes to film the opening night, and yet whose faces I have literally not once seen in the three hours of screen time leading up to the Rose Ceremony. 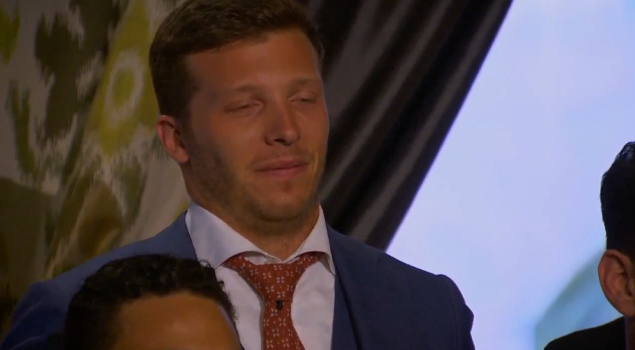 “lol honestly i don’t even know my own name can i sleep now” (Photo: ABC)

A rose to Brady, who, though he reminds me of the detestable Desi from Girls, is apparently the only guy to realize he doesn’t actually have to stick around and date Kaitlyn if he actually wanted to date Britt.

Midway through the Rose Ceremony, Brady pulls Kaitlyn aside, tells her his ~heart is with Britt~ or something, and leaves the mansion. Thankfully, America’s Fairy Godmother Chris Harrison is stationed just outside—almost as if he were waiting for Brady to solve the riddle. 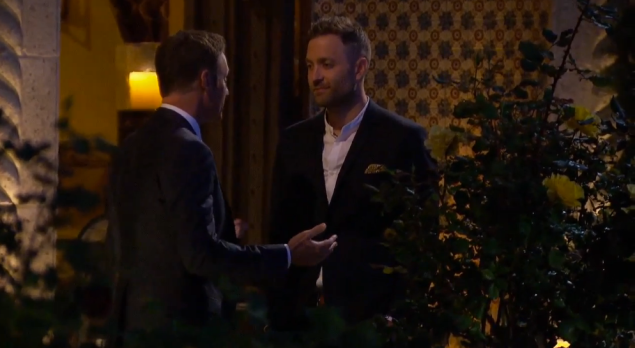 “yo can i still date britt” (Photo: ABC) 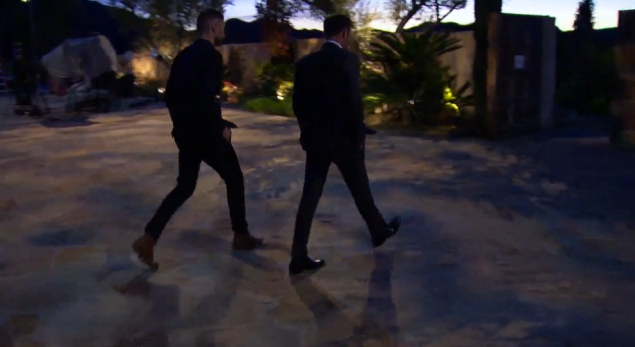 “yeah totes she’s actually just on the other side of that fence” (Photo: ABC)

Unfortunately, we have yet to learn whether Brady’s exploits were successful.

A rose to the exact moment the amateur sex coach—who failed to get a rose—realized maybe he shouldn’t have arrived at the mansion in a car full of water: 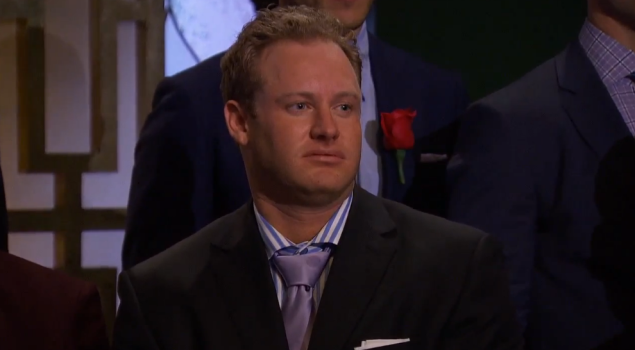 Finally, a rose to the most WTF moment of the episode: Nick Viall—A.K.A. Andi Dorfman’s reject—A.K.A. Nick “Andi why did u make love to me in the Fantasy Suite” Viall—making multiple appearances in the trailer for the rest of the season. It’s meant to look like Nick joins the cast—he’s literally shown making out with Kaitlyn—but this has to be a joke, right? It just has to be some stupid group date where everybody acts out dumb scenes to be “used” in a Soulja Boy music video or something, right? RIGHT? 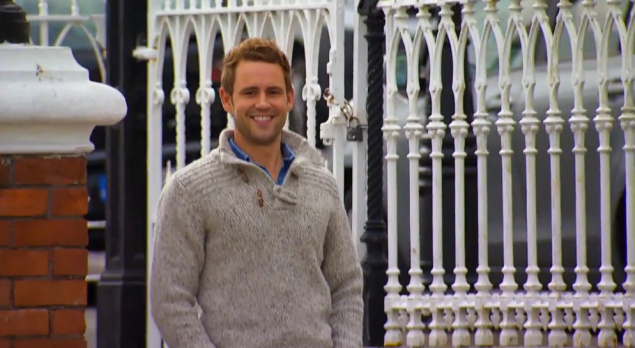 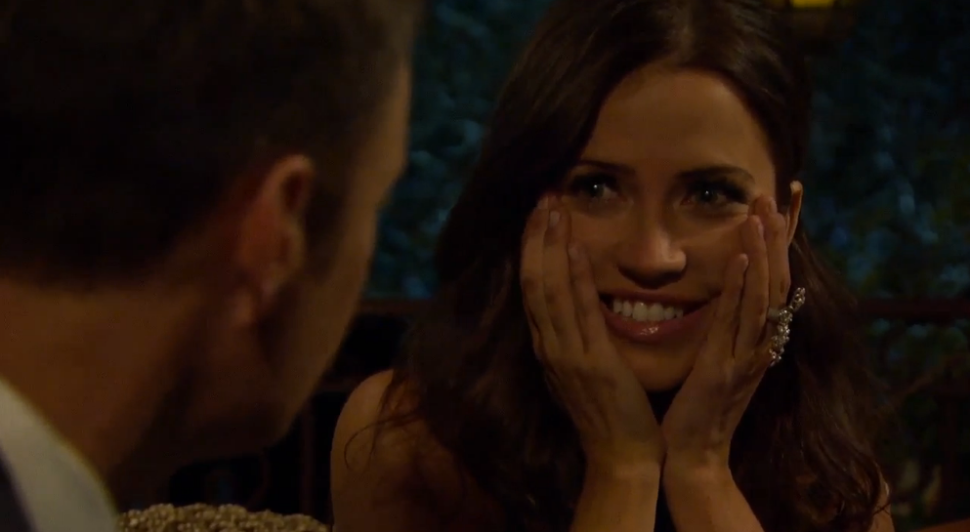