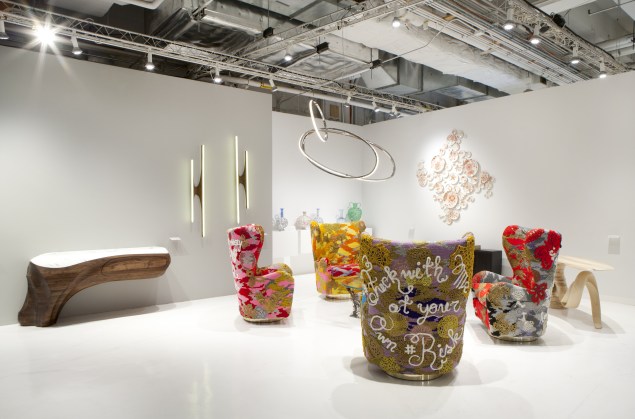 The third edition of the Collective Design fair, which has run concurrent with Frieze New York since 2013, has found a new location on the edge of SoHo, a neighborhood that has a rich history of architecture and interior design. On view through Sunday, May 17 at Skylight Clarkson Sq, the fair features 30 international design galleries alongside special exhibitions, pop-ups, and installations.

It is old home week, too, for returning exhibitors R & Company and Todd Merrill Studio Contemporary, from New York, and the Stockholm gallery Modernity. 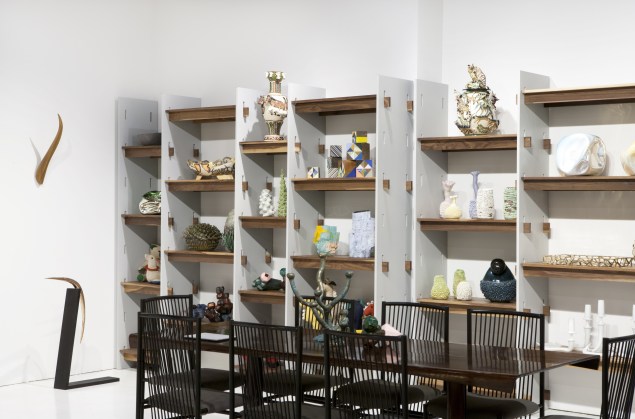 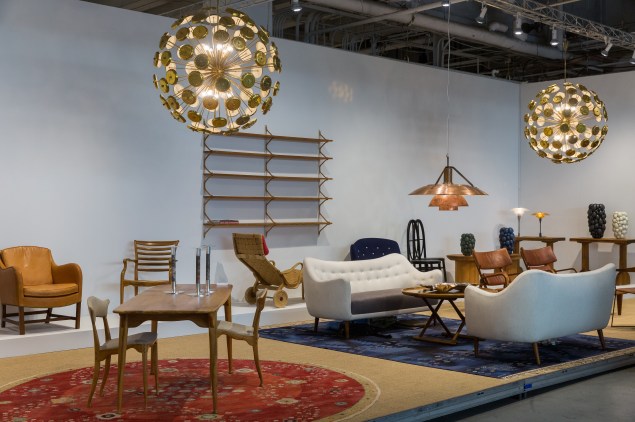 Modernity, meanwhile, has a stylish walnut armchair and dining table with chairs from 1949 by coveted Danish designer Peder Moos, who was known for his unique designs and expert craftsmanship. The gallery also has a rare 1942 Bruno Mathsson chaise longue with wheels and shapely ceramic vessels by the Swedish contemporary artist Marten Medbo. 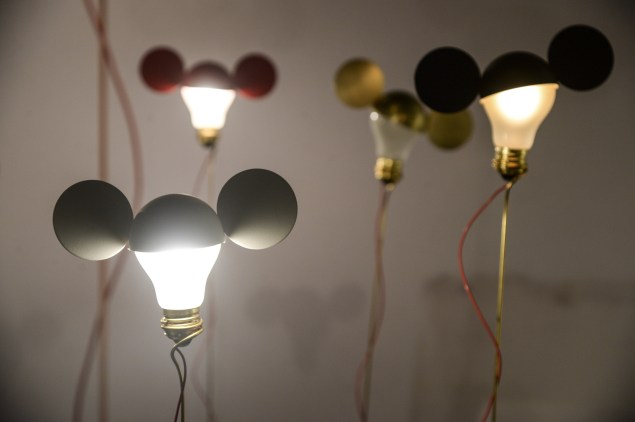 Highlights from the special exhibitions include a selection of lighting designs by German industrial designer Ingo Maurer, whose work is part of MoMA’s collection; 20th century design objects from the private collection of Susan Weber, the founder and director of the Bard Graduate Center, that is being sold to benefit the school’s scholarship fund; and the Noguchi Museum’s Secret Garden, a display of the artist’s work from the eponymous museum in Queens on the site’s former loading dock.

W magazine editor Stefano Tonchi has curated Collective Focus: Italy, which includes a fantastic selection of vintage Venini glass objects from the ‘60s at New York’s Glass Past and whimsical limited-edition tombstones that read “The End” by Toilet Paper, a collaboration between artist Maurizio Cattelan and photographer Pierpaolo Ferrari, at Gufram, which is based in Barolo. 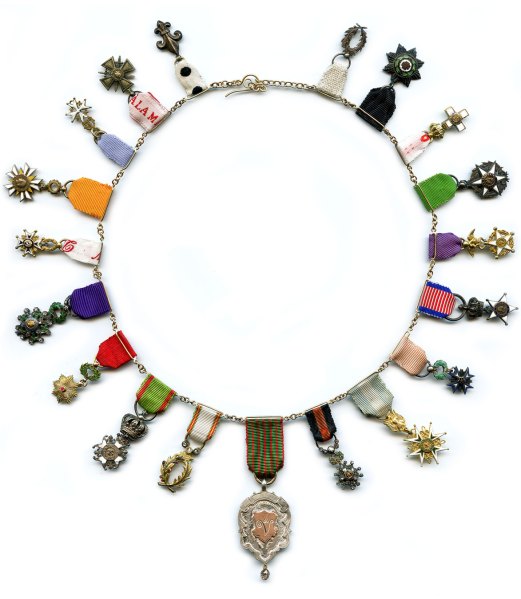 Jewelry is a hot item at the fair and at least a half dozen exhibitors feature handcrafted pieces. New York’s De Vera has beautiful necklaces, broaches and earrings made from antique elements, while Ornamentum from Hudson specializes in unique pieces made by international artists. One particular standout at Ornamentum is a 48-inch-long necklace by Dutch artisan Philip Sajet that reproduces a famous text by Francis Bacon in gold with the punctuation rendered with diamonds.

American Design Club is presenting “Work in Progress” with Liz Collins, who has a team of weavers making fabric that gets turned into big rugs that look like small potholders in a workshop on site. In contrast, Brooklyn-based artist Cody Hoyt recreates his studio—from points of inspiration and prototypes to failed and finished ceramic objects—at Patrick Parrish Gallery’s booth.

“We have really done a lot to embrace the entire New York design community,” Learner added. “We’re part of NYCxDesign, a citywide design celebration, and we’ve engaged Site Unseen Offsite, who works with independent designers, for a pop-up with six young designers that we may see in galleries here in years to come.” 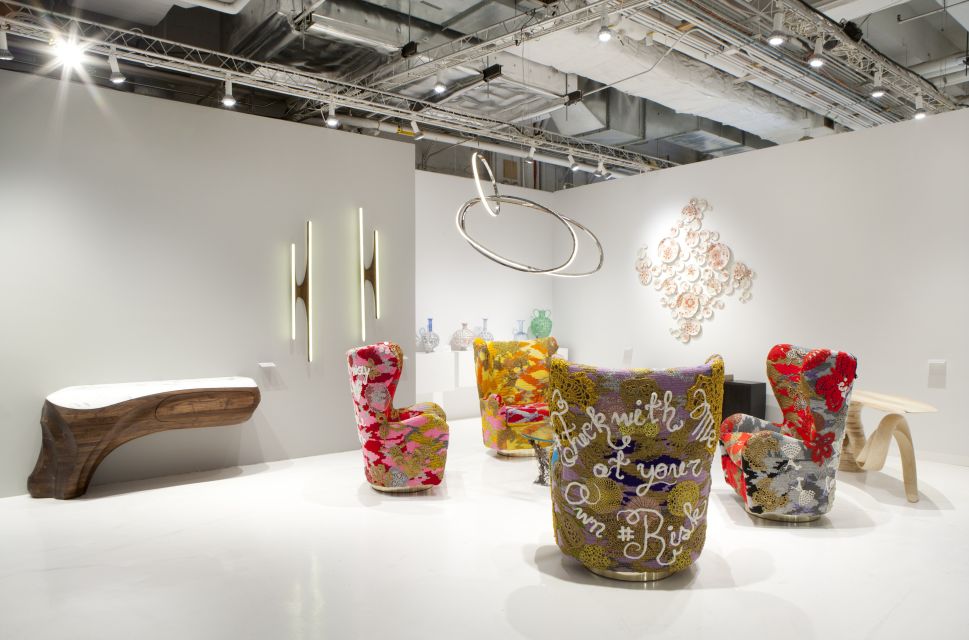