I turned 30 last week and a friend asked me if I’d figured out any life advice in the past decade worth passing on. I’m somewhat hesitant to publish this because I think these lists usually seem hollow, but here is a cleaned-up version of my answer:

1) Never put your family, friends, or significant other low on your priority list. Prefer a handful of truly close friends to a hundred acquaintances. Don’t lose touch with old friends. Occasionally stay up until the sun rises talking to people. Have parties.

2) Life is not a dress rehearsal—this is probably it. Make it count. Time is extremely limited and goes by fast. Do what makes you happy and fulfilled—few people get remembered hundreds of years after they die anyway. Don’t do stuff that doesn’t make you happy (this happens most often when other people want you to do something). Don’t spend time trying to maintain relationships with people you don’t like, and cut negative people out of your life. Negativity is really bad. Don’t let yourself make excuses for not doing the things you want to do.

3) How to succeed: pick the right thing to do (this is critical and usually ignored), focus, believe in yourself (especially when others tell you it’s not going to work), develop personal connections with people who will help you, learn to identify talented people, and work hard. It’s hard to identify what to work on because original thought is hard.

4) On work: it’s difficult to do a great job on work you don’t care about. And it’s hard to be totally happy/fulfilled in life if you don’t like what you do for your work. Work very hard—a surprising number of people will be offended that you choose to work hard—but not so hard that the rest of your life passes you by. Aim to be the best in the world at whatever you do professionally. Even if you miss, you’ll probably end up in a pretty good place. Figure out your own productivity system—don’t waste time being unorganized, working at suboptimal times, etc. Don’t be afraid to take some career risks, especially early on. Most people pick their career fairly randomly—really think hard about what you like, what fields are going to be successful, and try to talk to people in those fields.

5) On money: Whether or not money can buy happiness, it can buy freedom, and that’s a big deal. Also, lack of money is very stressful. In almost all ways, having enough money so that you don’t stress about paying rent does more to change your wellbeing than having enough money to buy your own jet. Making money is often more fun than spending it, though I personally have never regretted money I’ve spent on friends, new experiences, saving time, travel, and causes I believe in.

7) Don’t waste time. Most people waste most of their time, especially in business.

8) Don’t let yourself get pushed around. As Paul Graham once said to me, “People can become formidable, but it’s hard to predict who.” (There is a big difference between confident and arrogant. Aim for the former, obviously.)

9) Have clear goals for yourself every day, every year, and every decade.

10) However, as valuable as planning is, if a great opportunity comes along you should take it. Don’t be afraid to do something slightly reckless. One of the benefits of working hard is that good opportunities will come along, but it’s still up to you to jump on them when they do.

11) Go out of your way to be around smart, interesting, ambitious people. Work for them and hire them (in fact, one of the most satisfying parts of work is forging deep relationships with really good people). Try to spend time with people who are either among the best in the world at what they do or extremely promising but totally unknown. It really is true that you become an average of the people you spend the most time with.

12) Minimize your own cognitive load from distracting things that don’t really matter. It’s hard to overstate how important this is, and how bad most people are at it. Get rid of distractions in your life. Develop very strong ways to avoid letting crap you don’t like doing pile up and take your mental cycles, especially in your work life.

13) Keep your personal burn rate low. This alone will give you a lot of opportunities in life.

15) Don’t worry so much. Things in life are rarely as risky as they seem. Most people are too risk-averse, and so most advice is biased too much towards conservative paths.

17) If you think you’re going to regret not doing something, you should probably do it. Regret is the worst, and most people regret far more things they didn’t do than things they did do. When in doubt, kiss the boy/girl.

18) Exercise. Eat well. Sleep. Get out into nature with some regularity.

19) Go out of your way to help people. Few things in life are as satisfying. Be nice to strangers. Be nice even when it doesn’t matter.

20) Youth is a really great thing. Don’t waste it. In fact, in your 20s, I think it’s ok to take a “Give me financial discipline, but not just yet” attitude. All the money in the world will never get back time that passed you by.

21) Tell your parents you love them more often. Go home and visit as often as you can.

24) Do new things often. This seems to be really important. Not only does doing new things seem to slow down the perception of time, increase happiness, and keep life interesting, but it seems to prevent people from calcifying in the ways that they think. Aim to do something big, new, and risky every year in your personal and professional life.

28) Don’t chase status. Status without substance doesn’t work for long and is unfulfilling.

29) Most things are ok in moderation. Almost nothing is ok in extreme amounts.

30) Existential angst is part of life. It is particularly noticeable around major life events or just after major career milestones. It seems to particularly affect smart, ambitious people. I think one of the reasons some people work so hard is so they don’t have to spend too much time thinking about this. Nothing is wrong with you for feeling this way; you are not alone.

31) Be grateful and keep problems in perspective. Don’t complain too much. Don’t hate other people’s success (but remember that some people will hate your success, and you have to learn to ignore it).

33) Given enough time, it is possible to adjust to almost anything, good or bad. Humans are remarkable at this.

35) Don’t judge other people too quickly. You never know their whole story and why they did or didn’t do something. Be empathetic.

36) The days are long but the decades are short.

Sam Altman is the president of Y Combinator, which has incubated companies such as Airbnb, Dropbox and Stripe. 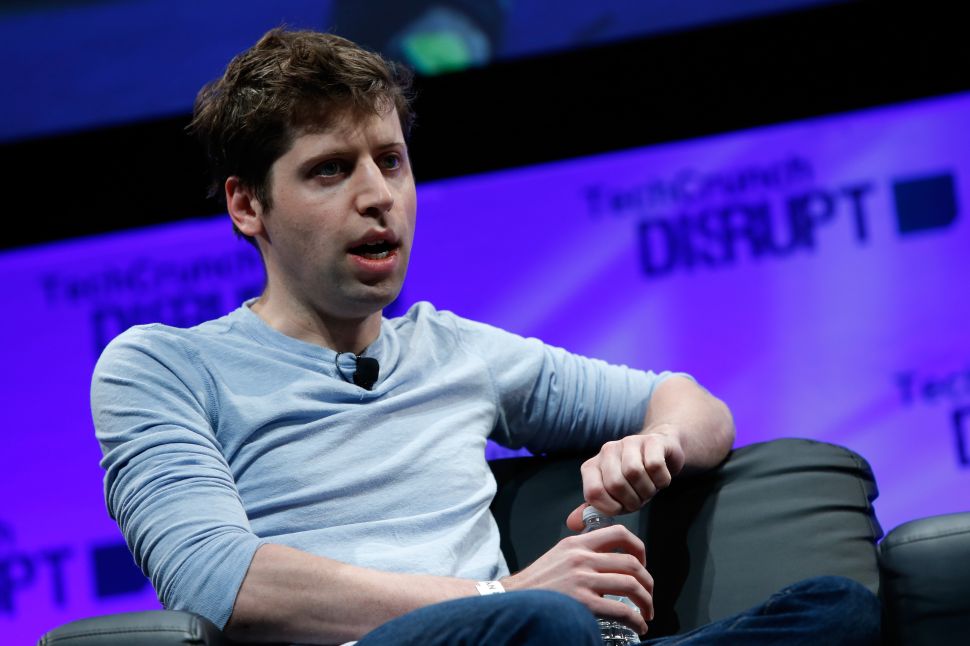