The British Royal Family is generally a beautiful sight to behold. Who among us isn’t still raving over the adorable new princess, Charlotte Elizabeth Diana, or Kate Middleton’s incomparably-beautiful post-baby hair?

But even the most devout fans of the monarchy might find themselves a tad frightened by the newest arrivals at Madame Toussaud’s in Washington, D.C.: the Royal Family, made entirely of wax. The figures were unveiled yesterday, May 5.

There are four wax figures in the display: Queen Elizabeth, in a floor-length, sparkling white dress; Prince Harry, in military attire; the Duke and Duchess of Cambridge in a formal black suit and flowing, lavender empire-waist dress, respectively.

The figure of Prince Harry, though cheerful, is slightly unnerving. Why is his head so… large?

But the crown jewel of horror, if you will, is arguably the duo of Will and Kate, their eyes dead and their smiles strained. Why is Kate’s likeness sporting such heavily-applied eyeliner? And what’s up with Will’s plastic Ken-doll hands? Have Princess Charlotte and big brother Prince George seen these towers of terror, and if so, are they still crying?

At least the sculptor spared Kate the aging Duchess bouffant. 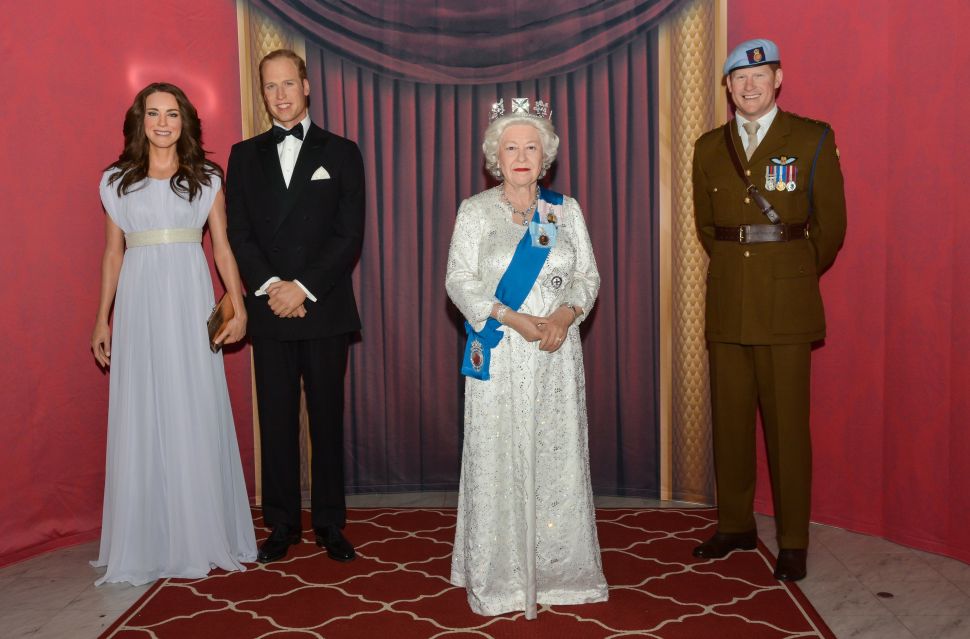