I have been close friends with Senator Cory Booker for nearly a quarter century. When Cory speaks about a subject close to his heart I take him seriously.

Recently, at a speech to my children’s school in New Jersey, Cory mentioned an astounding statistic: there are more black men currently locked up or under federal or state supervision in America than there were slaves in the United States in 1850. And while the circumstances are of course different, it surely makes you think.

My friendship with Cory has been distinguished by an effort on both our parts to rise above our respective identities and experience the other’s community. For Cory, that meant learning thousands of hours of Torah with me and visiting synagogues throughout the United States. For me it meant immersing myself in the history of the civil rights movement and speaking at African-American churches, culminating in my becoming the first white radio personality to serve as morning host on America’s legacy African-American radio station, WWRL 1600AM. Peter Noel, my co-host, a renowned journalist as well as a critic of Israel, became and remains a brother to me.

I now need to look at the most recent, painful stories of African-American men dying at the hands of police through the eyes of a Jewish man.

A year ago I visited Istanbul with my son Mendy. Everyone told us how dangerous it is and never to wear a yarmulke in the street. I was torn. I have never succumbed to hiding my identity. I was not about to now. But should I risk my life and Mendy’s?

In the end my son made the decision for me. “You taught me, Tatty, to always be proud of who I am. You taught me that it’s an honor to be a Jew. That’s true in every place and every time.”

So we toured the glories of ancient Rome and Istanbul’s great mosques as the Jews we are, yarmulkes and tzitzis flying, and there were no incidents.

But what I remember from that experience, as well as others where I have felt threatened as a Jew, was the feeling of being marked. I was a marked man. I was disliked for something intrinsic to my being though I had committed no wrong.

It was a horrible feeling.

Many African-American men and women in America face the feeling every day that without having committed any wrong they are already suspects. When a man is arrested in Baltimore on a charge of carrying an illegal knife and ends up dead a week later, there is something desperately wrong. Is there any mystery about the anger of the African-American community?

To understand what exactly is going on here, it is important to consider a few facts. Some of these facts have to do with the total injustice and incompetent policies that the African-American community has had to deal with for decades and some deal with the dangers police put themselves in every day to do their job.

Unfortunately, African-Americans in this country’s history have faced discrimination at every turn. Even after segregation ended, blacks faced all types of bigotry and racism.  They had poorer schools, lesser resources directed to their areas, bias and hatred based on the color of their skin, and their needs were often ignored and treated as an afterthought by those in power.

Many solutions were brought up over the years to try to balance the field for African-Americans, to invest in schools and neighborhoods, and to bring an end to racial discrimination.  Some of these solutions worked well. Many others, however, did little to bring positive change and, in fact, made things worse.

Baltimore is a perfect example of solutions that have failed. Baltimore is currently 63.7% African-American. And Baltimore has been a Democratic-controlled city for almost 50 years. The mayor is black, the city council is close to 2/3 black, the chief of police is black, and the majority of police officers are black.

In the past 5 years, $1.8 billion in stimulus money has been poured into Baltimore and yet almost nothing has changed for the African-American population there.  Look at these shocking statistics.

According to the Washington Post, 15 Baltimore neighborhoods, including the one Freddie Gray came from, had a life expectancy lower than North Korea.

Teens living in Baltimore were most likely to report witnessing violence in their neighborhoods.  Teens experienced the highest rates of sexual violence, depression, substance abuse, and PTSD.

Out of the 100 largest counties in the US, children in Baltimore in lower income households had the worst odds when it came to upward mobility.

Furthermore while the national average of unemployment for black men is around 10%, statistics show that in Baltimore, among working-age black men, 42% were not employed in 2010.  This rate was 20% higher than the unemployment for whites.  More recent statistics have not shown much improvement.

Furthermore, Baltimore spends the third highest amount per capita in its public schools. Yet, test scores have remained very low and these schools are still terrible for students.

An inevitable result of all these dismal circumstances described by these statistics is that Baltimore has one of the top violent crime rates in the country.

This pattern of government and schools failing the African-American community in Baltimore and leading to an increase in crime and incarcerations is just one example of what happens in many Black communities around the country.

Now, how does all this relate to accusations of police violence against African-Americans?

Well, there are currently about 800,000 police officers in the United States who, as a part of their job, have the ability to arrest people for crimes. These are the men and women who go out every day to ensure that general order is kept and that America does not descend into lawlessness and chaos.

These are scary numbers.  What they mean is that 6% of police officers each year are physically assaulted, and of those, about 2% are actually injured.  So when police officers are out patrolling they have to think to themselves that after working as an officer for 10 years they have about a one in five chance of being physically injured at some point doing their job.

Obviously, ever police officers are patrolling in areas with higher crime rates, the probability of being attacked and harmed jumps exponentially.

So, on the one hand, you have an area like Baltimore whose African-American population has been neglected for decades by elected officials who provide inferior education, fewer opportunities, higher unemployment, desperation, and, as a result, very high rates of violent crime.

On the other hand you have police officers who are very aware of the high rates of injuries that officers suffer each year.

Remember, the majority of cops in Baltimore are black. In fact, of the six officers indicted for Freddie Gray’s death, three are black and three are white. So even black officers can and do sometimes racially profile African-Americans as well.

The vast majority of African-Americans who are honest, law-abiding, hard-working citizens must deal with the stress and fear that they may be unfairly profiled and judged simply because of the color of their skin.

It is also important to understand that because government money is often thrown at these communities as a panacea without regard to private investment that leads to jobs, this can, in many cases, cause an eventual breakdown of the family unit and the values that go along with it, leaving young people without guidance and proper role models. Meanwhile, young people are assaulted with attitudes and messages about violence, women, and police expressed in rap culture that can compound the problem. All these factors increase the crime rate.

Once arrested, many cannot afford the expensive attorneys who gain lower sentencing for more affluent clients.  And, unfortunately, with the privatization of prisons you even hear of large corporations lobbying for longer sentences for crimes, including those committed by juveniles, all for the purpose of keeping people locked up longer so that these corporations can earn greater profits.

What is so backwards and tragic is that it costs about $27,000 a year to house one person in jail for a year. Imagine if that money had been invested in job creating for these individuals to help guide them to a better life before they got arrested.

In the end, whatever is being done in Baltimore has failed the African-American community. The same policies have been tried time and again and have not worked. Yet politicians will insist that they must double down on these failed solutions and provide ever more cash infusions to implement them.

There was an interesting idea floated by ESPN commenter Stephen A Smith who himself is African American. He asked for all Blacks in the US to vote Republican for just one election. Why?  Because close to 90% of the black vote in America goes to the Democrats on a consistent basis.  As Smith explained it, “Black folks in America are telling one party, “We don’t give a damn about you. They’re telling the other party, ‘You’ve got our vote.’ Therefore, you have labeled yourself “disenfranchised” because one party knows they’ve got you under their thumb. The other party knows they’ll never get you, and nobody comes to address your interest.”

If the Democrats thought they would lose the Black vote they might start trying a little harder to follow through with their promises to help the Black communities by pushing corporate and private investment that leads to upward mobility rather than government subsidies that create greater dependence. And if Republicans believed that African-Americans would start voting for them they migh focus and invest more in trying to address the concerns of Black voters.

If government investment into Baltimore would provide real solutions then I would support it. But it has been tried and failed. These tired, worn-out policies have failed to create jobs and provide youth with proper skills. For many, government subsidies can circumvent the need to take charge of one’s own destiny and better their lives with greater independence.

Clearly, none of us has all the solutions. But I have to say that as a Jew, I deeply empathize with my African-American brothers and sisters who must experience the fear and stress of being judged or looked upon suspiciously just because of appearance. We Jews have had to experience something similar throughout our long and trying history and we must do everything in our power to help make this country a place where race no longer matters and ensure that no one ever has to feel singled out because of external factors. Martin Luther King, Jr. expressed it best when he dreamed of a country that would judge his chidren for the content of their character rather than the color of their skin.

We all hope that this dream will be turned into reality. 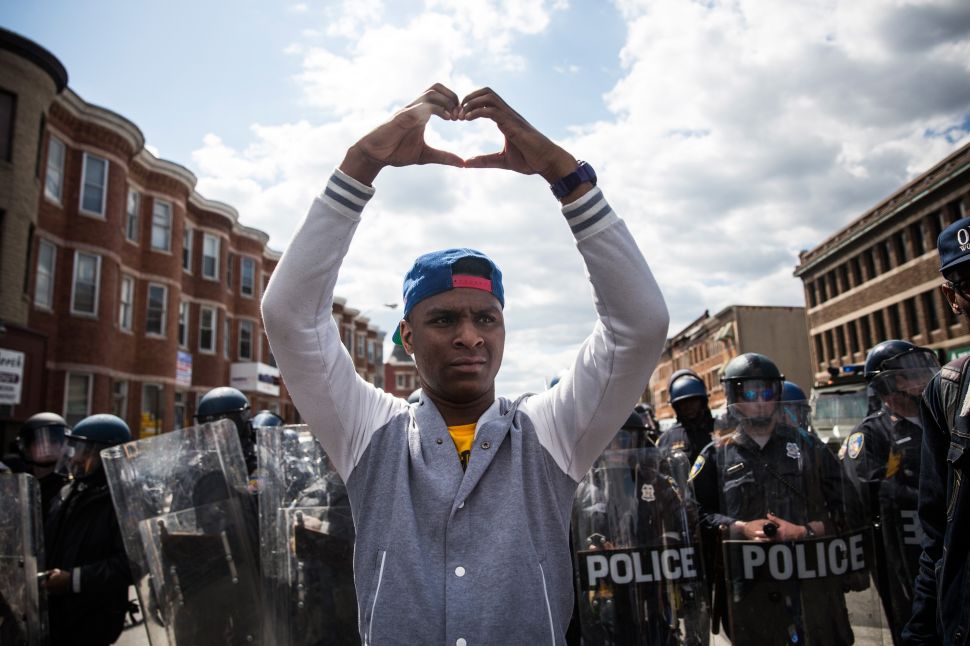