Good lords (and ladies)! This week’s Royals was chock full of action, wasn’t it? Revelations! Lies! Betrayals! As Queen Helena put it “it’s difficult to tell heroes from villains”. But for now, all we can do is try.

The episode opens with a press conference where an unamed man confirms that Eleanor and Liam are absolutely, 100% not King Simon’s children. Seriously, they repeat this fact at the conference multiple times and even say there is “no need for re-testing”. Methinks the man doth protest too much. I’m on the fence about the children’s paternity. It almost seems too obvious that Cyrus and Helena would lie about it to put Cyrus on the throne. Perhaps they’re telling the truth and the twins will find their way back into the “official” royal family another way.

The twins handle the news in vastly different ways. Liam attempts to drink the pain away, sequestered in a bar that features daytime karaoke. He performs a drunken version of “I Just Can’t Wait To Be King” and The Royals made me genuinely laugh out loud for the first time in nine episodes. Considering The Royals is a 21st century re-telling of Hamlet (every episode is titled after a line from the play) and The Lion King was Hamlet: Animal Style!, it was a nice allusion. And frankly, all too appropriate for Liam’s present situation. The song finishes to a single person clapping. Cut to King Simon in full out dress blues smiling proudly. The Hamlet allusions can not and will not be stopped! We finally get our ghost king!

Meanwhile, Len leaves her father’s bedside to find the Queen and let’s the accusations fly. She accuses the Queen of not only attacking the King but of also partnering with Cyrus and killing Robert. The Queen tells Len multiple times to walk away but fueled by anger and really, nothing left to lose, Len pushes. Then the Queen drops the first bomb of the episode: “No one killed Robert because Robert killed himself.” Whaaaaat?! Perfect Robert?! Say it ain’t so!

Elsewhere in the palace, Cyrus begins his reign of terror that would make Joffrey Baratheon giggle. Amateur. He removes Len and Liam’s security details since they are now considered “half-breeds” and “don’t deserve protection”. He enlists (or bullies) Papa Ophelia to get more information on Simon’s attacker but doesn’t really seem to care how the King is actually faring.

Ophelia is supposed to be going to New York for her audition but refuses to leave until she knows Liam is safe. Marcus is supposed to take her to the airport but with a gag straight out of a 90’s sitcom, she ditches him and begins her search. It should be said, she is terrible at searching.

The Queen is still reeling from her fight with Len and it seems her hard as nails exterior is beginning to falter. She doesn’t like the idea of her children hating her (um, too little, too late, babe) and asks Cyrus if they’ve gone too far. “I’ll never recover. There’s no going back.” She orders that the King be moved home when he is well enough so that he’ll be monitored under a closer eye. It’s hard to tell if this is to benefit Simon and keep him safe, or so that she and Cyrus may strike again and finish the job.

During her search for Liam, Ophelia runs into Gemma who is there for an audience with the Queen. She asks Gemma to let Liam know that Ophelia is looking for him if he talks to her. Gemma bluntly shuts her down and says that Ophelia and Liam’s time in the sun is done. She let them have their fun but why on earth would she help them be together? She points out that Ophelia basically gave little to no shit about her feelings when she and Liam got together; so why would Gemma care now? And frankly, she really has a point. Sure, it’s a bitchy and manipulative point, but it’s a point nonetheless.

My main annoyance with this episode was Ophelia and everyone else’s inability to find Liam. In the age of Facebook, Twitter, and Instagram, it should not be next to impossible to locate THE PRINCE OF ENGLAND. Even more so given the recent scandal surrounding him! I guarantee someone in that bar would have taken a picture of Liam and tweeted it. C’mon, Ophelia. You’re in college. My twelve year old sister could have figured that out.

Len returns to the King’s bedside and weeps over the loss of Robert. She says she was supposed to call him the night she died but instead decided to go party in Paris. She tells a comatose Simon that Robert’s death was no one’s fault but her’s. And then whoosh! Ghost Simon appears to her! But this time, he’s in a casual gray shirt and slacks. It’s interesting to note the way each child perceives their father. Liam sees him as the dignified king, someone he will one day have to be and Len sees him as just Dad.

If you weren’t annoyed with Ophelia this episode, don’t worry because Cyrus’ dim-witted daughters (Princesses Maribel and Penelope) make an appearance. They immediately are okay with the crap that has been tossed onto Liam and Len because if Cyrus is King, Penelope is the heir to the throne. A realization that each character comes to in their own time in this episode.

In the second half of the episode, the Queen begins to make big moves. First, she enlists Marcus to find the hooded man who is suspected of attacking Simon. She knows that Marcus cares about Liam and uses this to get his help. Then, she meets with Nigel Moorefield, the leader of the anti-monarchist movement. She doesn’t want to abolish the monarchy right away…instead she comes up with a plan that would benefit them both. If he agrees to stand by her, she will abolish the monarchy….but only after she has finished her reign. First, Simon has to die, then should “something” befall Cyrus, she would then be the ruling Queen of England. And after her reign is done, Nigel would abolish the monarchy. Both of their names would go down in history and both would get what they want.

And now, like a poorly played chess game, it’s easy to see what the next move is for Liam and Len. Helena becomes reigning Queen and BAM they are back in line for the throne.

Still drunk at the bar and talking to the ghost of his father, Liam begins to raise suspicions. The enormous bartender attempts to kick Liam out and they both realize Liam cannot pay his tab. He used to people taking care of this kind of thing for him. In a bizarre move, the bartender is EXTREMELY unsympathetic and ends up beating Liam to a pulp. I know he’s no longer technically the Prince of England, but it seems bizarre that a civilian would be willing to beat him senseless. Liam refuses to stop fighting and this touches the bartender’s heart. He tells Liam that if King Simon has that kind of fight inside of him, he’ll be fine.

At the hospital, Len finds out that Simon was moved home. Does this mean he is better?! The Ghost King still appears to her however and insinuates that Robert did not actually kill himself. He could have never left Len; the sister he loved so much.

Cyrus finds out that the Queen met with Nigel and the two face off. He accuses her of keeping secrets and she does the same. But the difference is that she knows about Cyrus’ secrets…aka where he was the night Simon was attacked.

In the final moments of the episode, Liam is picked up in a mysterious car off of a street corner. And back at the hospital, Len finally meets the hooded man aka Brandon Boon, a military man who served in Robert’s unit. He tells Len that she’s not safe and she shouldn’t trust anyone in the palace. He asks her to meet him under a bridge the following night and he’ll tell her about Robert’s death. He leaves us with the final line of the episode: “I’m the one who killed him.” WoooOOOAaaaaHHHhh!

Whew! Well, I, for one, am super bummed that it seems Robert is actually dead. I was really hoping for a resurrection but the writers seem hell bent on drilling it into our heads that he is dead. Or are there just red herrings everywhere?! I’m getting a headache just thinking about it. Time to go drink a pint and listen to The Lion King soundtrack.

Oh, and the best line of the night goes to Papa Ophelia. Cyrus asks him to arrest the hooded man without real proof. Papa Ophelia fires back with “If we arrested everyone who dressed poorly, the Prince Regent would also be in custody.” BURN. 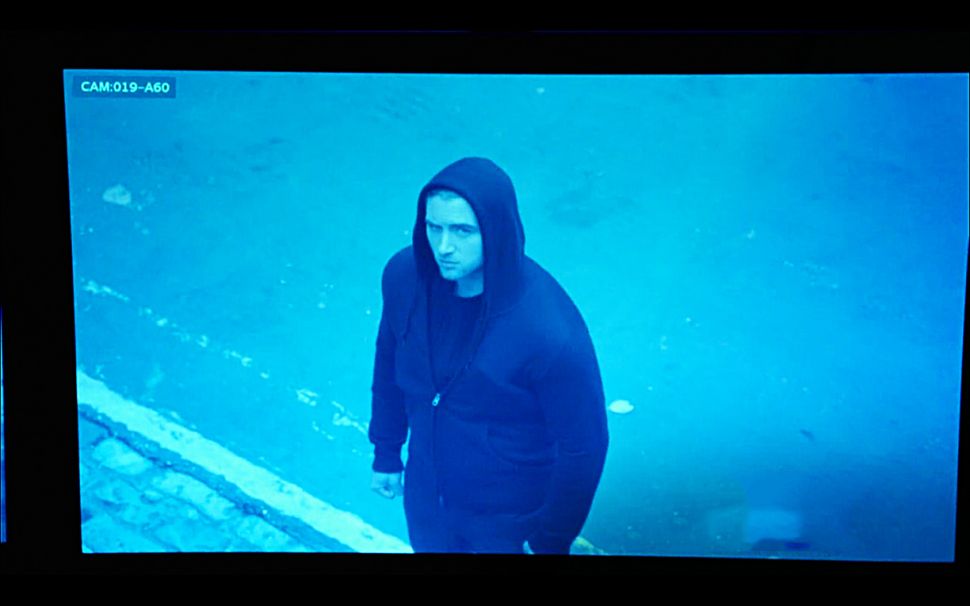