The Metropolitan Transportation Authority just banned all political advertising on its trains, buses and stations, rather than allow a pro-Israel group to run an ad that criticized Hamas. The MTA action came after a federal judge said that having sold the advertising space to the group, the Authority could not censor posters that included a quote from Hamas MTV that “Killing Jews is Worship that draws us close to Allah.”

The ad’s sponsor, the American Freedom Defense Initiative, may ask Federal Judge John Koeltl to declare the ban unconstitutional, and require the Authority to run the advertising.

The AFDI is the same group whose Executive Director, Pamela Geller, was the target of the shooting Sunday night in Garland, Texas – because she had organized a Muhammad cartoon drawing contest. After shooting a security guard at the event, the two gunmen were killed by police as they tried to escape. One of the gunmen self-identified with ISIS in a tweet, just before the attack and Isis has claimed responsibility for the attack.

The MTA’s rationale for banning the advertising—that the posters could incite violence—might at first seem to have merit. But no AFDI ads ran in Garland, and other AFDI ads had run in the New York subway and other cities without incident.

The Supreme Court has almost never permitted the suppression of controversial political speech by the government (or a quasi-governmental agency like the MTA.) Recognizing that its ban of the Hamas ad would never survive the courts’ “strict scrutiny”—which requires a compelling governmental interest and the narrowest possible restriction to free expression—the MTA caved to the demands of political correctness. They thought it better to suppress all political speech than to be accused of being insensitive to Muslim extremists.

Nadine Strossen, a highly regarded professor of Constitutional law at New York Law School (and the former head of the ACLU) said, “The MTA said that ads expressing provocative political ideas create a ‘danger.’ Under the First Amendment, though, the real danger is the government treating ‘We the People’ like children who need to be ‘protected’ from ideas it views as dangerous.”

The MTA’s actions are just another perilous step down the slope to banning any speech that tends toward controversy.

The AFDI should force the issue, the judge should uphold the principles of the First Amendment, and the MTA should stop trying to be the speech police. 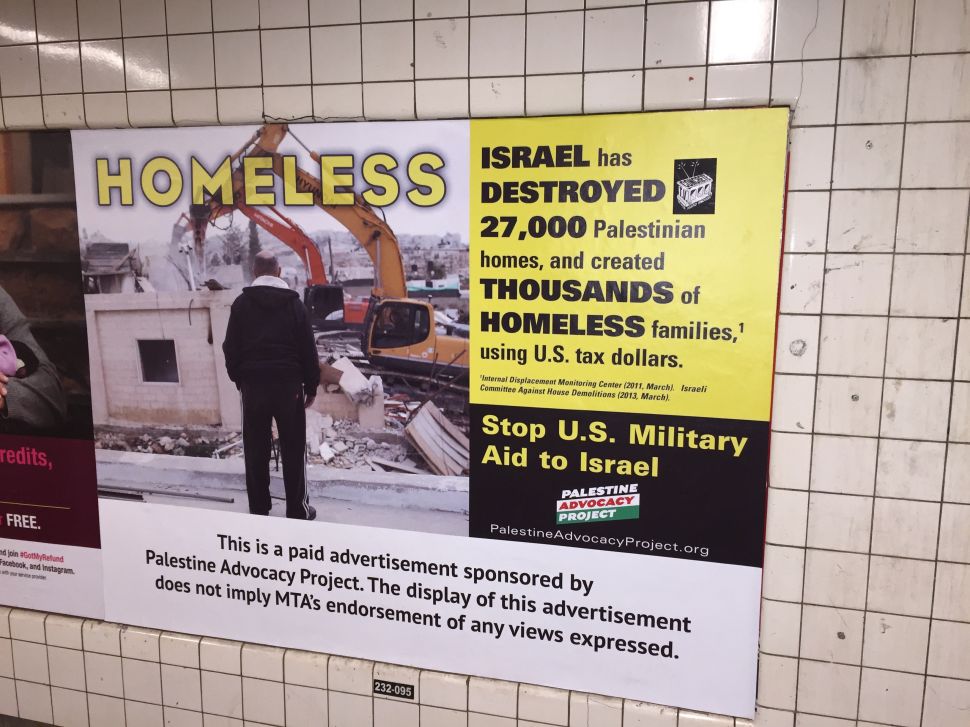