Late last month, the Observer ran three stories chronicling the shocking and rapid decline of the traditional taxi model. That’s where owners buy the right to pick up street hails anywhere (including the airports) without a prior reservation and charge a metered rate to get from Point A to Point B. The number of vehicles allowed to do so is limited by the city, which issues medallions or “tins,” with the idea being that if there are too few, no one can find a ride and if there are too many, drivers can’t make a living because they’re aren’t enough fares.

Until very recently, the value of these medallions went in only one direction—up. Cities used occasional auction sales as a rainy-day fund. New York City, for example, auctioned 368 medallions between November 2013 and February 2014. Trading for around $1.2 million each, that injected almost half a billion dollars into the city’s coffers. And the owners were happy to pay because the medallions themselves were financial assets. Not only could they be counted on to increase in value, but unlike stocks or art, one could use them to make money WHILE they were increasing in value (and paying even more to the city in the form of taxes). And they could be used as collateral as well; owners of many medallions could borrow against their value to get the funds to secure even more medallions.

That entire premise is coming under fire. And lawmakers don’t seem to have any clue what to do.

Last Fall in Philadelphia, a city that badly needs more cabs on the street, the Philadelphia Parking Authority has authorized the sale of 45 additional medallions, earmarked for handicap-accessible cabs. With no new medallions having hit the market for 15 years, the Authority expected $475,000 for each of them. There were no takers.

In New York, today’s budget unveiling revealed that no new medallions would be sold this fiscal year, according to Crain’s political reporter Andrew J. Hawkins. Plummeting prices have only increased the pressure on existing medallion owners, especially the kingpins who hold dozens or even hundreds of medallions.

The Observer already wrote about New York City’s biggest medallion owner, Evgeny “Gene” Freidman, and his efforts to secure some sort of bailout as he watched the value of his 900-plus medallions shrivel. Those efforts have found surprising receptiveness in a city that has made a point of terrorizing billionaires.

Ydanis Rodriguez, the chair of New York City Council Transportation Committee, attended a secret meeting—closed to the press and whose location had to be changed when its location was printed in a newspaper. In an interview, Councilman Rodriguez told the Observer, “I shared my concern about how the value of the medallion has lost its value in such a short time.”

Clearly referring to Uber and other app-based rise sharing services, which have applied brutal disruptive pressure to an industry largely unchanged since the TV show “Taxi,” Mr. Rodriguez lowered the boom.

“A new player has joined the industry but hasn’t been subject to the same rules and regulations as those individuals who have invested for decades in yellow medallions. So I believe it is important that we see the devaluation of the medallions as a crisis.”

Mr. Rodriguez estimated to the Observer that the value of an NYC medallion is only $750,000, down from a high of around $1.3 million a year or so ago. That conforms to several medallions being offered (mostly with cars) for between $725,000 and $920,000 on a website market.

Asked why he would support a bailout that would benefit billionaires, Mr. Rodriguez objected. And launched another broadside against the industry’s unnamed foe.

“Bailout is not the concept or phrase I would use. What I believe is if we find out the reason the value of the medallion went down is that new players in the industry didn’t have to play by the same rules and regulations, then I believe we have to step up and help those individuals … to give value to those medallions.”

Meanwhile, even in Philly, there’s always a customer if the price falls low enough. The buyer of the three deeply discounted medallions? Gene Freidman. 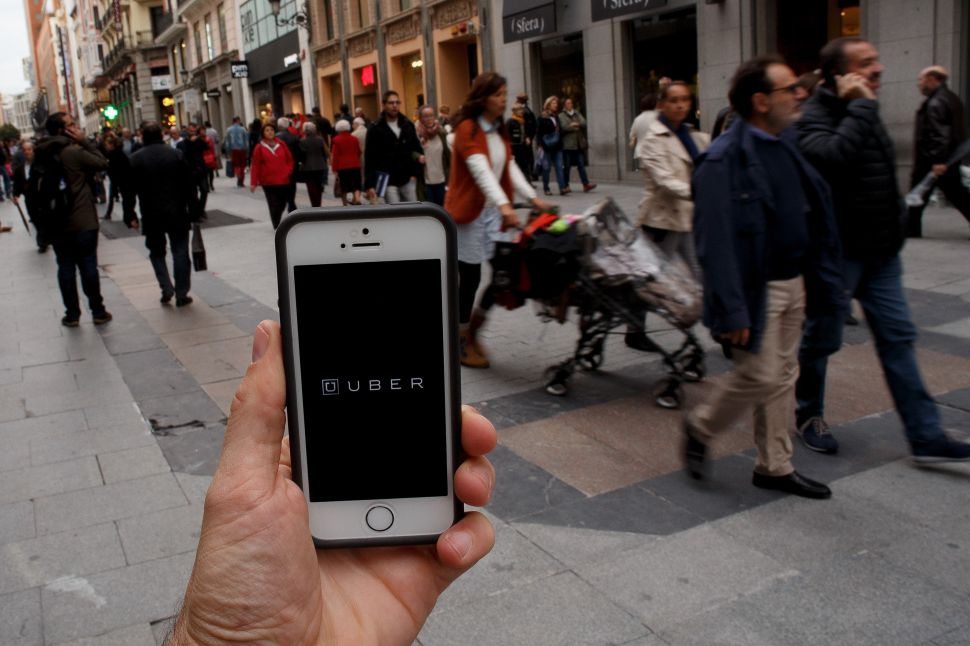