I’ve never really found David Letterman all that funny. I know, I know, blasphemy before he takes his final bow. But bear with me. I don’t really find the man funny, but I’ve always really admired the extent to which he gives zero fucks. Seriously. That, I think, is either Mr. Letterman’s largest appeal or biggest turnoff, and I there’s really no in between. For decades, the man has changed comedy and, more importantly, late night comedy by refusing to care whether anybody but him and his staff thought what was happening on the screen was funny or interesting. He pissed people off with a gap toothed grin.

Now, say what you will about what his show has become—for better or worse there really isn’t a place for Mr. Letterman in the late night, viral-fueled land of the Jimmies, and he looked like he knew this for a long time. But back in the day he was kind of amazing at this whole thing, and he did it while giving the minimal amount of fucks possible.

Everyone knows Mr. Letterman loved a good Top 10. It’s been a long while, and there are a lot of them, but here are 10 choice moments where Mr. Letterman opened up his fucks wallet, and found there were simply none left to give.

In 1986, Letterman hosted an episode of Late Night where throughout the show, the screen slowly rotated a full 360 degrees. Why? That’s the best part. Save for Mr. Letterman and his guests occasionally pretending to climb to the interview desk, the effect was barely mentioned. They just did it just to do it. And yes, this meant that a large portion of the show was completely upside down, a portion where Mr. Letterman was interviewing Academy Award winner Peter Ustinov.

David Letterman interrupts the Today Show with a bullhorn

Bryant Gumbel was attempting to interview Don Johnson, a very ’80s interview, when Mr. Letterman announced from high up in his Rockefeller offices on a bullhorn that he wasn’t wearing any pants. Beautiful. Simply beautiful. Gumbel has said “If I had gotten to him, I would have hit him.”

David Is an asshole to McDonald’s

After hearing a story of how a McDonalds worker had to give birth to her son in McDonalds: “After they delivered the child did anybody say, ‘Do you want fries with that?’ ” That is…borderline too mean.

I don’t know why Mr. Letterman repeatedly asking the elderly owner of a store called Just Shades what you can buy in that store is so funny to me. It’s so annoying. It’s so amazing. You can only buy shades, in case you were wondering.

Dropping Things Off a Five-Story Tower

Again, in the time of viral videos this doesn’t even seem that great. But this was decades ago, before countless pointless Youtube videos, and people were tuning into a TV show and watching a guy just drop stuff.

Mr. Letterman’s interviews were often awkward when he had invited that interviewee to be on the show. Here, he had not invited Italian actress Sophia Loren for an interview, he simply heard she was across the hall and decided he wanted one.

A much more recent clip, in which Bill O’Reilly and David Letterman disagree on many points, quite vigorously. Mr. O’Reilly’s second appearance on The Late Show has the best quote of their feud from Mr. Letterman: “You’re putting words in my mouth just the way you put artificial facts in your head.”

“Good for you. How’d you like being in jail?” is what future scholars will inscribe on the door of The Museum of Not Giving a Fuck.

No one had a better take on the great Jay Leno/Conan O’Brien fiasco than Mr. Letterman, who used to be pretty close friends with Jay Leno back in the day. Everyone’s take seemed to be “Wow, Jay acted like kind of a dick.” Mr. Letterman’s take was “Uh, Jay was always a dick.”

This one can’t possibly be described as funny because it is just a man admitting on television to an affair with people who work for him. But, wow. And the audience laughs, because I’m sure 90 percent of them thought this was a bit. Which, in a way, is a testament to all the segments that were bits that came in the years before it. 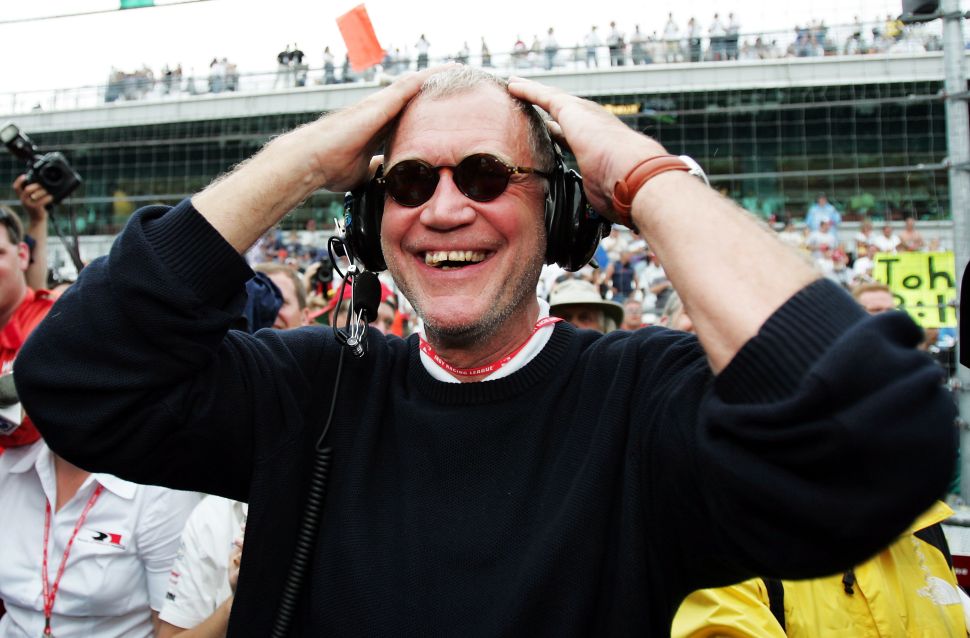