In 2006 I was investigating anabolic steroids, ostensibly for an article about Jose Canseco, but mostly to mollify my editor at the time. Canseco had just released Juiced, where he lauded steroids as the wonder drug of tomorrow, claiming that users would “live longer and better.” When I started my investigation, I was certain that everything I uncovered would be negative. The articles would be thick with warnings about the dangers of these substances and the experts would toe the same line. But that’s not what happened. Not even close. After poring through the literature and speaking to the experts and, well, following the money, I discovered that just about everything I knew about steroids was wrong. Instead of bad drugs, I’d encountered big lies—one of the greatest misinformation campaigns in history, a stealth war of propaganda and politics, and one that has cost millions of lives.

The government, of course, has been delivering the exact opposite message as Canseco for years—with the website for the National Institute of Drug Abuse (NIDA) being one example: “Steroid abuse may lead to serious, even irreversible, health problems. Some of the most dangerous consequences that have been linked to steroid abuse include kidney impairment or failure; damage to the liver; and cardiovascular problems including enlargement of the heart, high blood pressure, and changes in blood cholesterol leading to an increased risk of stroke and heart attack (even in young people).”

Unfortunately, as has often been the case with drug policy, the gap between politics and science is considerable. “As used by most people, including athletes, the adverse effects of anabolic steroids appear to be minimal,” says Dr. Mauro Di Pasquale, a medical doctor and former world-champion power lifter. “Steroids do not cause cancer. They don’t cause kidney failure. There have been thousands of steroid studies and about a hundred of those point out bad side effects. But if you look at those studies carefully, there’s no one-to-one correlation, and a one-to-one correlation is the hallmark of good science.”

Steroids, as we know by now, appear to be a cure for some of our most intractable diseases and an actual first step toward legitimate anti-aging medicine.

If you want to understand the role steroids play in anti-aging medicine, it helps to start with metabolism. Defined as “the chemical processes that occur within a living organism in order to maintain life,” metabolism refers to things like energy production, cell division, and waste disposal. In the early 1900s, researchers noticed a connection between these processes and aging. It seemed that larger animals with slower metabolisms outlived smaller animals with faster metabolisms. A blizzard of other scientists have since built upon this work, leading to an ever-increasing number of big ideas about the causes of aging, with free radicals among them.

Another notion is that the accumulation of excess glucose in our tissues screws up the cells’ ability to function normally. Then there are telomeres, the end segments of a DNA strand, which are naturally lost in normal cell division. Over time, after we’ve lost too many telomeres, our cells lose their ability to divide into new cells. Without these new cells, we can’t rebuild body tissue, and when we can’t rebuild body tissue, we age. But the theory that has provided the most interesting results has to do with hormones.

The thinking goes that all animals are extremely efficient machines throughout their reproductive years, but afterward— because their evolutionary purpose has been accomplished— start to break down. Scientists believe this breakdown is triggered by a loss in hormones, which has been directly linked to everything from mental fuzziness and low libido to a variety of age-related disease like Alzheimer’s, arthritis, osteoporosis, diabetes, and cardiovascular disease. So the anti-aging world hit upon an obvious solution: Replace the missing hormones.

Testosterone is one of the main hormones that needs replacement (pretty much every steroid on the market works by mimicking testosterone, so when people say steroids, much of the time, they mean testosterone), as it starts to decline in most people by their late twenties. Technically, testosterone is both an anabolic and androgenic steroid. Anabolic means it builds tissue up; androgenic refers to any hormone that impacts the development and maintenance of male sexual characteristics.

The trouble started in the 1960s, when female Eastern Bloc athletes started looking a little too buff and doing a little too well  at the Olympics. Steroids, it was suddenly clear, threatened the level playing field of sport, jeopardizing the foundation of athletic competition and, by extension, the very big business surrounding it.

By 1975, steroids were added to the Olympics’ list of banned substances. College and professional football soon followed, with other sports eventually getting in line. But it was already too late. Athletes had heard about the performance-enhancing powers of testosterone, and the bans weren’t enough. Something else needed to be done. And that something, well…this is when things got a little strange.

“The organized-sports establishment decided to ‘solve’ the problem by educating athletes,” says Rick Collins, our foremost legal authority on steroids and author of Legal Muscle, the de facto bible on the subject. “They devised a strategy: Convince athletes that anabolic steroids don’t build muscle. It was a lie, of course, so they needed a credible source to sell the message. They picked the American College of Sports Medicine (ACSM) to spread the news, a bit like the Ministry of Truth spread false propaganda in George Orwell’s classic 1984.”

This wasn’t yet 1984, this was still 1977—but the ACSM took to issuing proclamations: “Steroids have no effect on lean muscle mass; the effects athletes are seeing are the result of retention; the effects are all placebo.” These claims held sway until the real 1984, when there was so much anecdotal evidence to the contrary that the ACSM finally had to admit that, yes, those 300-pound beasts playing left tackle could only have gotten to be 300-pound beasts with the help of anabolic steroids.

Next the ACSM came up with a different approach—tell the athletes that steroids are bad for them. Make them sound horrible. Magnify every negative side effect from every study that had ever been run. When in doubt—prevaricate. “One California physician associated with the NFL,” wrote Collins in Legal Muscle, “made the completely unsupported assertion that ‘young athletes who take heavy doses of anabolic steroids should expect to die in their thirties and forties.’”

But then another fact came to light—high school kids were starting to use steroids. Congress had to act. Some say their actions were motivated by an authentic desire to help, some talk of the drug war’s relentless need for new bad guys, some about the fact that “save our children” always fills political war chests. Others bring up the multibillion-dollar industry that is professional sport and the heavy lobbying power that comes with those billions. In truth, it was probably all this and then some.

Whatever the case, in 1988, the Anti-Drug Abuse Act was passed, which made trafficking in steroids illegal, and a variety of subcommittees were formed to hear testimony about whether or not the drug should become a controlled substance. The American Medical Association, the Drug Enforcement Agency, the Department of Health and Human Services, and the Food and Drug Administration—the four regulatory agencies that are supposed to have control over the drug-scheduling process—all testified against turning steroids into a controlled substance.

It didn’t matter. Senator Herbert Kohl spoke for many when he said, “Steroid users set an intolerable example for our nation’s youth.” It should also be mentioned that, at the time he was speaking, Senator Kohl was also the owner and president of the Milwaukee Bucks.

In 1990, Congress again upped the ante, this time passing the Anabolic Steroids Control Act —which criminalized these drugs. Not surprisingly, these days, if you talk to anti-aging doctors about their work, it won’t be long before a healthy dose of paranoia creeps into the conversation. “All it takes is a whiff of a hint that I’m prescribing steroids for non-medical reasons and they’ll shut me down and send me to jail,” said one doctor, who asked, not surprisingly, to remain anonymous. And he wasn’t alone. Almost half of the physicians interviewed for this story asked for the same.

And one thing most certain, the future that we’re heading toward will be far more radical than the past. Not only will new methods of hormonal delivery soon to be available—making syringes a thing of the past and erasing the stigma of “needle use”—but there are a bevy of gene technologies in development. “We’re talking technologies that repair DNA at an incredible   levels,” says anti-aging Dr. Ron Rothenberg, one of the pioneers in the field. “If your body has stopped producing the desired amount of testosterone, pretty soon we’re going to be able to insert genes that double production.”

How effective these technologies will be or how controversial the hubbub they will produce remains to be seen, but anti-aging doctors figure that if we can hold on for ten to fifteen more years, then we’re looking at a life span of 120 years. And all those later years won’t be spent in a wheelchair and a nursing home. Thanks to the wonders of hormones, what’s on the table here is a geriatric second childhood. Unless, of course, Congress decides that anti-aging medicine is a serious threat to the seniors’ golf tour—and then, well, all bets are off.

Steven Kotler is the director of research for the Flow Genome Project and best-selling author of Abundance, The Rise of Superman, and BOLD. His latest book is Tomorrowland: Our Journey From Science Fiction to Science Fact. 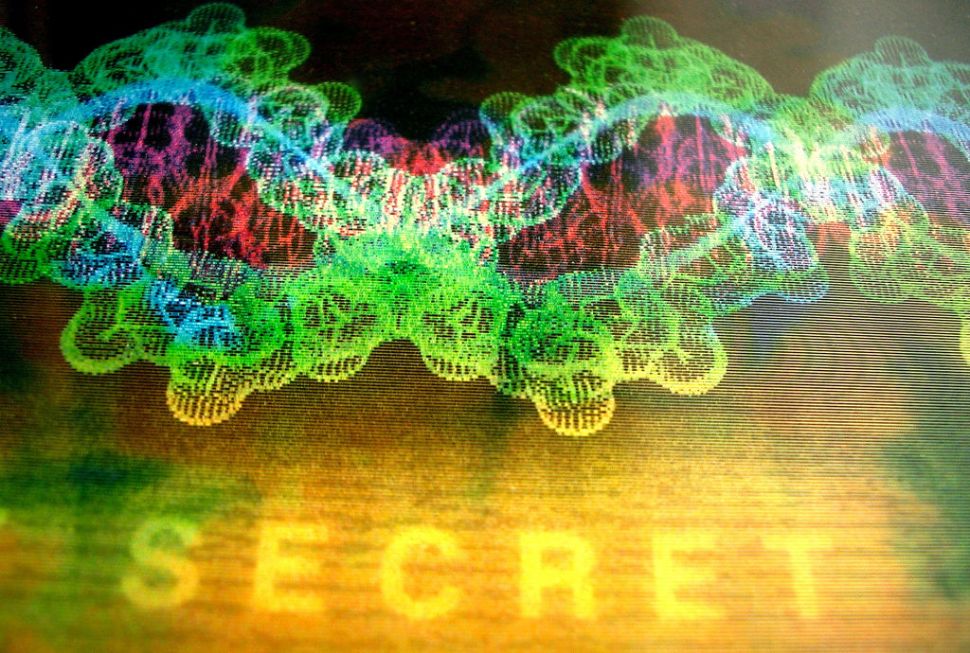