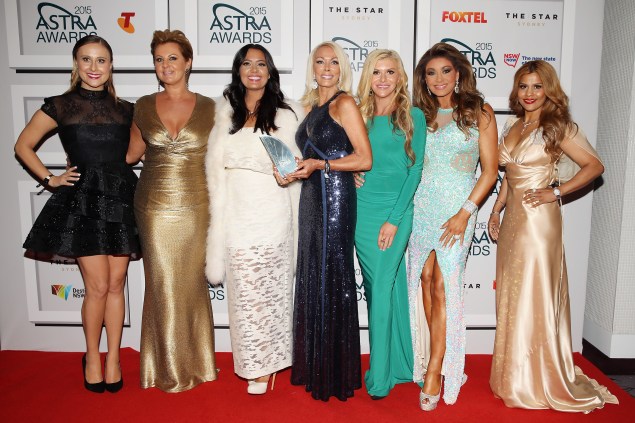 The cast of The Real Housewives of Melbourne, Season 2. (Photo: Getty)

It’s only 9 o’clock in the morning, but there are already tears around the breakfast table. But I suppose I shouldn’t have been surprised—I was dining at the Rock Center Café with three Melbourne Real Housewives, after all.

Cast-members Janet Roach, Chyka Keebaugh and Jackie Gillies were visiting New York last week, which meant we had to catch up for another Real Housewives gossip sesh. We’d been discussing the highlights of Season 2—now almost winding up—and talk had turned to the launch of Ms. Roach’s tea line, where her son, Jake, seemed happy for the first time since the terrible fire that left him covered in severe burns.

“I think that was the first time I had a photo of him since he had his accident,” Ms. Roach said. “I feel like crying when we talk about it.”

The season had other happy moments, too—like during the planning of Housewife Gamble Breaux’s hen’s night, when Ms. Gillies surprised Ms. Keebaugh with a trio of male strippers to test out.

“The [curtains] opened and and those boys were there,” Ms. Keebaugh recalled enthusiastically, “and I was like, HELLO.”

Ms. Gillies was a little shier with said strippers.

“I loved it,” Ms. Keebaugh continued. “When he did the handstand over me, he goes, ‘Can we do that again? I wasn’t very happy.’ I said, ‘You do that as many times as you want to!'” 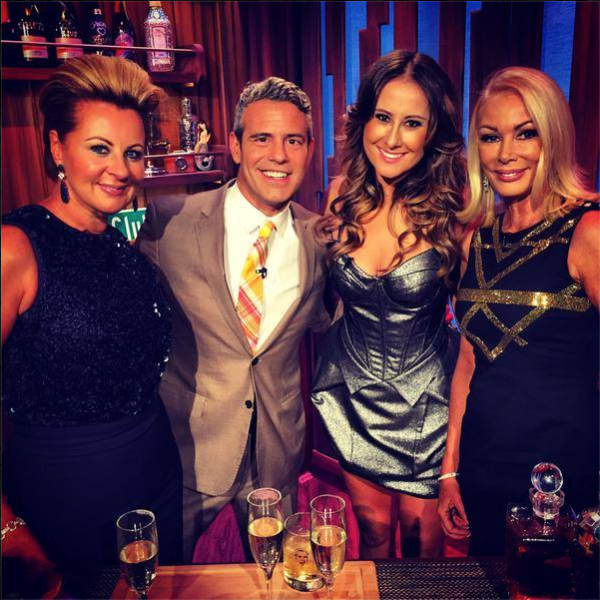 But Season 2 wasn’t all heartwarming recoveries and shirtless firefighters. There were also the tougher scenes—like the dinner in Manila, when Housewife Gina Liano repeatedly denied making disparaging comments about this season’s two new Housewives, despite Ms. Gillies and Ms. Roach having heard them first-hand.

“For me, personally, I can’t stand liars,” Ms. Gillies declared. “Yes, we all embellish stories, but to completely, brazenly lie to our faces, that frustrates the [fuck] out of me.”

“And then to say that I’m lying?” she went on. “I’ve never been called a liar in my life. I don’t think my parents have called me a liar.”

But it wasn’t just the other Housewives’ behavior that aggravated my breakfast companions. There are issues, too, it seemed, with the way the show is filmed, edited and produced. Could The Real Housewives have a sinister side, darker than my mental images of glittery six-inch heels, 1950s-themed tea parties and post-plastic surgery champagne dates? (Scratch that last one. It’s pretty damn dark.)

“I think what a lot of people don’t realize is you only see maybe three or four minutes—that dinner was a really, really long dinner,” Ms. Roach said. “It does start fairly calmly. And then it winds up.”

“I think that the producers, for story, they don’t want to let out too much to make it look like, ‘Oh we know where that’s going,’ so they sort of leave these things hanging,” she continued. “So for us, it’s so frustrating because I feel like saying, ‘Why did you put that part in? Why didn’t you part in the other part?'”

Ms. Gillies pointed out that when the episode aired, she looked like she was the only one screaming at the dinner. What they didn’t show, she said, was that Ms. Liano was yelling and swearing, too.

“[Ms. Liano]’s a barrister—she can’t be seen to be speaking like that—so she writes a letter and makes them take it out,” Ms. Roach said. 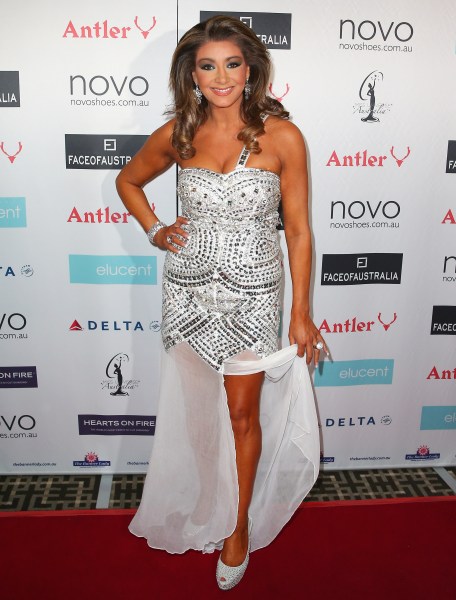 I asked if the producers ever pressure them to take things to a more dramatic level than they might have otherwise. The producers don’t explicitly ask, the women explained, but they don’t have to: Just being in the world of the show has an effect on the women’s behavior.

“I think what people don’t understand is when you are filming, I feel like I end up in a bubble,” Ms. Roach said. “I feel like my world turns into Housewives.”

“I’m in bed thinking about it,” Ms. Roach said.

“Emotionally, everything does really escalate, so you really do feel like that,” she went on. “You really feel very defensive if you’re being attacked.” Ms. Roach recalled the night in Sydney, when Gamble stood by quietly as her sister, Tempest, railed on Ms. Roach about the godforsaken sex rumors that dominated this season’s drama. Eventually, Ms. Roach stormed out of the party at the art gallery. 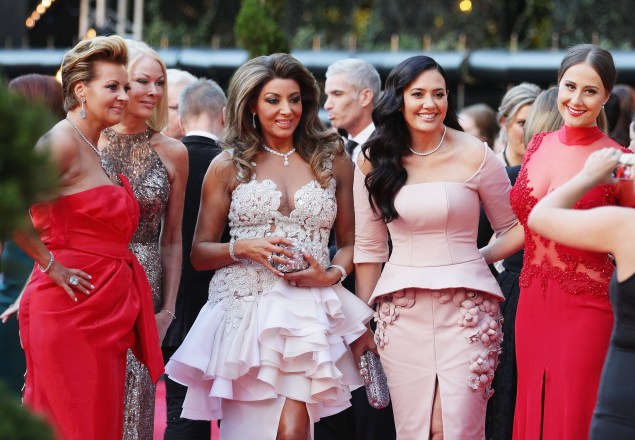 Part of the reason tensions are so high, the women theorized, is that filming takes place over a jam-packed 16 weeks, wherein the women are shooting most days.

“What happens is you get very time-poor and very stressed, and I think that that might be part of it,” Ms. Roach said.

“And your other friends outside of Housewives realize they’re not going to see you or speak to you for 16 weeks,” Ms. Keebaugh added.

I suddenly felt very sad for my companions—until I remembered they were about to go drink wine with Kathy Lee and Hoda on the Today Show. The life of a Real Housewife wasn’t that hard.

And besides—there were also so many upsides to appearing on the show. Since arriving in New York, the ladies had appeared on Watch What Happens Live! (Ms. Gillies, a professional psychic, said she predicted Andy Cohen’s knee problem), and had met a surprising number of fans who’d recognized them on the street.

“I must have done 25 selfies the other day!” Ms. Keebaugh raved.

“I’ve got people yelling out, ‘Shine, shine, shine!'” she exclaimed. 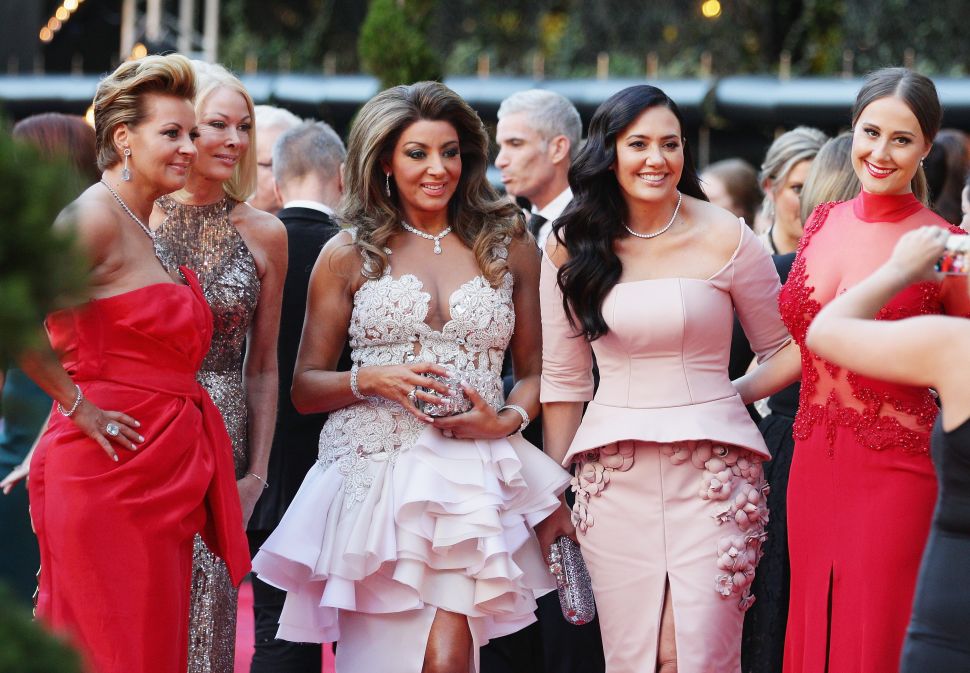