Yesterday, the New York Times editorial page informed us of the fine distinctions between “free speech” and “hate speech.” We are instructed that “the Muhammad Art Exhibit and Contest in Garland, Tex., was not really about free speech. It was an exercise in bigotry and hatred.” It turns out that the difference is what lies in the heart of the creator. And the Times knows what’s in the heart of the creator.

The cartoons of Charlie Hebdo, which lost a dozen employees when jihadists sprang into their office with machine guns in an incident that later evolved from an attack on ideas to an attack on Jews, are according to the Times, worthy of defense because the publication “has always been graphic satires of politicians and religions, whether Catholic, Jewish or Muslim.”

“By contrast,” the Times continues, “Pamela Geller, the anti-Islam campaigner behind the Texas event, has a long history of declarations and actions motivated purely by hatred for Muslims.”

The Times delves further into the heart of the artist and helpfully corrects those creators who “may earnestly believe that they are striking a blow for freedom of expression.” It turns out that those noble goals cannot be “advanced by inflicting deliberate anguish on millions of devout Muslims.”

These are strong words. And because the institution of the Times prizes consistency, one would assume the Times would criticize all artworks that were created specifically for the purpose of giving offense to religious believers. One would be wrong.

In the 1980s, American artist Andres Serrano submerged a 13-inch plastic and wood crucifix in a jar of his own urine and photographed it. Times critic Michael Brenson lauded the much-maligned “Piss Christ,” praising the photograph as “clean and purified.” He joined his intention-divining colleagues on the editorial page, noting that “People may agree or disagree with [Serrano], or they may question his belief in photography, but how can anyone find in his work just obscenity and disrespect? It is hard to believe that anyone whose faith is searching and secure would not be grateful for what Mr. Serrano has done.”

A decade later, an artist named Chris Ofili had a portrait in a show that depicted the Virgin Mary covered in dung. Mayor Giuliani went mental, threatening to withhold city funding from the Brooklyn Museum of Art unless the exhibit was canceled. And there was the New York Times, wielding its moral authority on behalf of all those who wish to experience art freely. The mayor’s effort to defund had “done serious harm to New York’s reputation as a world center of culture” and he was further scolded that efforts to censor offensive art “makes him and the city look ridiculous.”

As its editorial page put it in one of the most pretentious sentences ever written, “Art is the name of a perpetual human struggle with the limits of perception.”

The Times has never revealed how it came to know that Serrano’s Piss Christ and Ofili’s Poop Virgin Mary were created to further that perpetual human struggle. And yesterday, in its “Free Speech vs. Hate Speech” editorial, the Times failed to reveal how it came to know that Ms. Geller’s art exhibit in Texas was meaningfully different from those earlier art exhibits that so provoked Christians. One can only assume the Times just … well, the Times just knows. 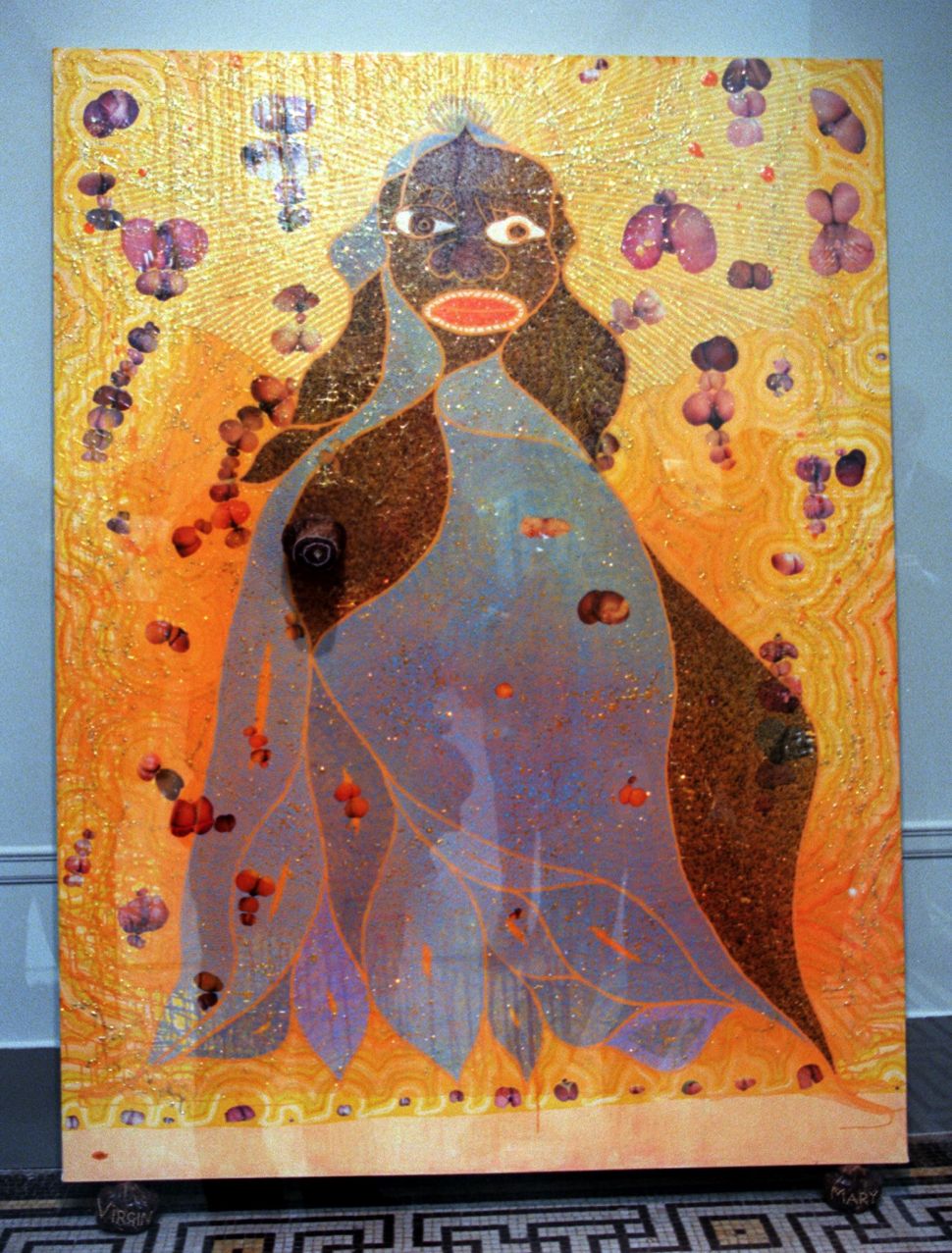