So far, we’ve presented the best the major networks have wheeled out this Upfront season, from a girl who can fly (a girl, not a woman, but that’s okay because Ally McBeal said so) to a certain green frog. How exciting! Nothing gets this TV lover’s heart beating faster than a stimulating Upfront press release. Haha, I live a sad existence.

Anyway, the news hasn’t all been good. Amid the gold lies some true clunkers, a couple of them quite obviously dead on pilot arrival. Now, I’m not one to make light of anything or anyone’s shortcomings…but let’s have some fun with shows being cancelled forever! Presented here are the upcoming Fall shows most likely to go the way of the Manhattan Love Story. Wow remember Manhattan Love Story?

Argument For Cancellation: The trick to a successful hospital drama, of which there are many, is to rush through complicated hospital lingo in a way that keeps the audience engaged and feeling like they understand medicine more than they do. In the first minute of this trailer I said “what, what?” like four times.

But do you think she can balance a work and social life at the same time? Do you? Do you?

Also, wait, that guy climbed on the roof to jump off but brought a gun just in case?

Argument Against Cancellation: I can really relate to the way Dr. Pantierre bangs against that glass window and yells “I’m not leaving WITHOUT MY HEART!” Except I was at a Wendy’s. And it was 4 AM.

Chances: About as good as you going one-on-one on the bball court with Dr. Pantierre.

Plot: Marriage is the fucking worst. But only really for the husband.

Argument Against Cancellation: Unfortunately, a ton of people out there love hot, younger babysitter and boob jokes.

Chances: I mean, Two and a Half Men did air for ten seasons, about 95% on the strength of hot, younger babysitter and boob jokes.

Plot: Satan gets bored of ruling over Hell so he moves to L.A., the City of Angels do you get it??

Arguments For Cancellation: Last year, NBC rolled out Constantine which, like Lucifer, is based on a Vertigo comic series. And what happened was NBC took a deep, dark character and skimmed the surface to get “he fights demons, and is occasionally cheeky.” Lucifer, although it’s on FOX, looks to have the exact same problems. Also, I can’t get over the fact his license plate says “Fallin.”

Arguments Against Cancellation: I mean, the brilliant source material from Neil Gaiman and Mike Carey is right there, you guys. Tom Ellis is a fine Satan, I suppose.

Plot: Dr. Beaumont Rosewood, Jr. is a brilliant private pathologist who lives life to the fullest (because he’s about to die), and that’s really going to bother that new stick-in-the-mud Detective Villa who needs Dr. Rosewood to teach her just as much about letting loose than he does about dead bodies and stuff.

Arguments For Cancellation: I…genuinely struggle to find a hook here. It’s a procedural, it’s bland, it’s not as charming as it thinks it is?

Arguments Against Cancellation: Morris Chesnut sure is charming if you can’t afford Dwayne Johnson.

Chances: The music dies for Rosewood in the next  couple of months.

Of Kings and Prophets

Arguments For Cancellation: Is anyone out there clamoring for yet another dramatic re-imagining of the Bible?

Arguments Against Cancellation: Actually, if this show airs for years and covers the entire Bible it could turn into the most epic book vs. show argument of all time. “I didn’t go to church last Sunday. Too many spoilers.”

Chances: I want to say not good, but a ton of people did tune into NBC’s The Bible, although that was a limited series. I guess it comes down to how much viewers want Sunday school lessons with more broadcast friendly butts.

Arguments for Cancellation: I mean, the reason it was originally a movie was because Uncle Buck shows up, hilarity ensues, lessons are learned, and then the movie ends, right? How does one sustain an Uncle Buck?

Arguments Against Cancellation: I actually really like Mike Epps, so keep him employed? (JK, he’s about to be Richard Pryor)

Plot: Welcome to the world’s shittiest place to work, a hospital that is constantly too busy and run by that dude that showed people his balls in Waiting.

Arguments For Cancellation: All seven-minutes of that trailer, seriously every second of it, has been done on another medical show, and done better. And is there a Code Black every episode? How soon until someone seriously starts to look into the resources of that hospital.

Also, none of those doctors appear to be that good at one-on-one basketball.

Arguments Against Cancellation: There’s a chance that if you’re not paying attention, or the lighting is just right, you could be fooled into thinking you’re watching ER or Grey’s Anatomy or maybe even Scrubs. And wouldn’t that be a nice couple of minutes?

Chances: The same as surviving a night in a hospital that is constantly too busy and run by that dude that showed people his balls in Waiting.

Plot: Allison has a boring life until she meets Amy, who claims to be her guardian angel but might be a homeless woman that broke into Allison’s personal records.

Arguments for Cancellation: Ugh, poor Jane Lynch. You can actually see her attempt to lift this pilot onto her shoulders with Herculean strength to keep it afloat. But here’s the thing: I am really just sick to death of “square wet blanket meets crazy weirdo, learns how to live” plots. Maybe that’s a personal thing.  But history is also on my side: CBS and one-camera sitcoms do not get along.

Chances: Better than most, probably the best chances here to do well. Alas, it is also not The Big Bang Theory, so who am I even kidding?

Final Verdict: When it all really comes down to it, funny enough I think the two most likely shows to show up D.O.A are our two hospital dramas, Code Black and Heartbreaker. Between the two, Code Black is far blander, but Heartbreaker seems more like a practical joke being played on humanity. In the end, it comes down to which has a stronger hook, and at least Hearbreaker has a standout lead character that someone could gravitate toward. So, once again Doctor Panttiere comes out on top in a game of one-on-one. 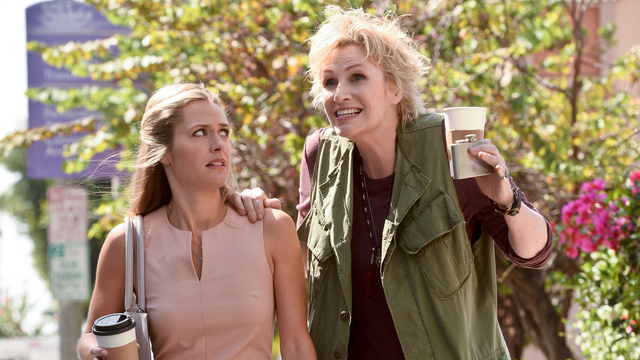