You’ve worked hard to get where you are. You have your dream job with a full benefits package, including healthcare all taken care of, right? But did you read the fine print? Did you ask the right questions about the reality of your coverage? Well you should.

Some might say we’ve come a long way when it comes to health insurance. About 88% of the American population has medical insurance coverage, still leaving about 12% without, according to a Gallup survey published earlier this year. But issues for those who have coverage is still a huge problem. New findings from the Commonwealth Fund, a private foundation that studies health care, are shining a light on the realities of underinsurance. Underinsurance means that even if you think you have full medical coverage, you may not. What you end up with are sky-high deductibles and co-pays you’re completely unaware of—that is until you walk into your next doctor’s appointment.

The findings from the Commonwealth Fund found that the issue of underinsurance is leading employees to spend almost 10% of their annual income on healthcare—an expense most assume is covered. This trend only appears to be getting worse, more than doubling the people it effects—up to 31 million this year compared to 14 million in 2003. Even further, 11 percent of adults had to reach $3,000 before their coverage kicked in. For the average healthy person, that’s a serious number to reach.

Underinsurance rates peaked the most for those employed by small companies (100 employees or less), 27% of total survey responders.

As a doctor, what stops me in my tracks when it comes to this particular survey is the 44 percent of respondents who reported not getting the care they needed due to cost and limited coverage. Furthermore, adults who were paying off medical bills had debt of $4,000 or more. Public health issue? I think so.

It’s hard enough to get people to be proactive when it comes to preventive screenings, such as annual physicals. Underinsurance only adds to the problem. The strides we’ve made in educating men and women around preventive care is being diminished because they simply may not be able to afford it.

So, what’s causing this? You guessed it, our old friend, the deductible. Research shows that those who are underinsured are more likely to go without needed care and eschew preventive screenings. This leads to less of a proactive attitude regarding risk factors for diseases like diabetes and cancer. Previous findings from the Commonwealth Fund in 2014 showed that 27% of adults didn’t seek the care they needed from their doctor due to high deductibles. 23% didn’t get a preventive care test such as mammogram or PSA blood test. Nearly three out of ten skipped a treatment or follow-up appointment and 22% didn’t see the specialist they were referred to.

The promise of more affordable healthcare is still being investigated when it comes to the health law, but this survey brings forth the harsh reality that for the majority of the working class, health insurance still remains incredibly expensive, even for routine health exams.

So is there a solution? Unfortunately, much of this issue is out of our control and in the hands of corporate America, health insurance providers and politicians. Yikes. But I would say it’s extremely important to educate yourself on the actual health plan options available to you. Ask your employer to fully explain everything related to your health coverage, including how much you may have to pay out of pocket. From there, be sure you’re doing due diligence when it comes to researching for any health provider — be it a doctor, surgeon or specialist in regards to your health. It’s important to keep a preventive attitude and seek the best care that you need. 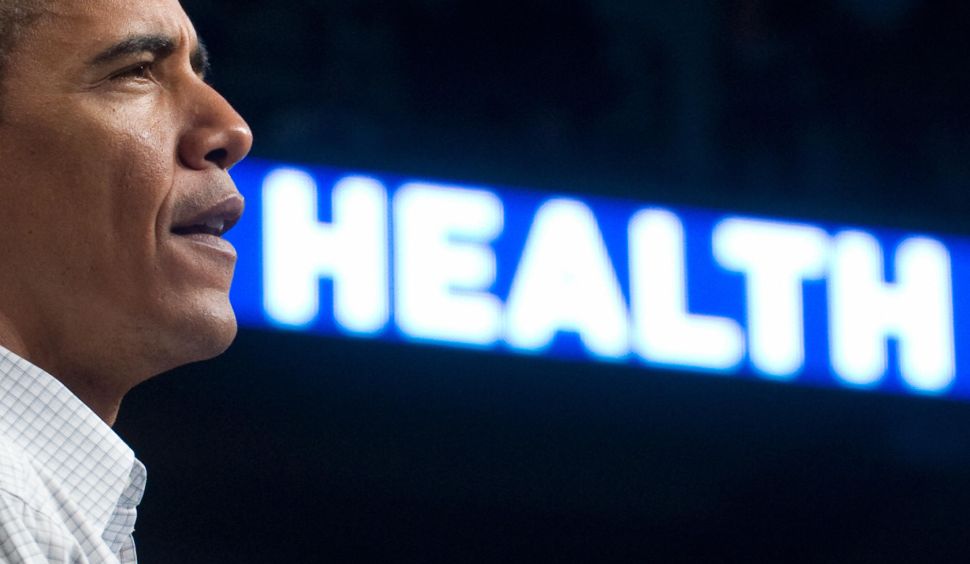