The longest-serving Democrat in the City Council is set to lead the Queens delegation, sources say.

Councilwoman Karen Koslowitz, a Forest Hills lawmaker, will likely be chosen by her 13 Queens colleagues next week to head the delegation, replacing outgoing Councilman Mark Weprin.

Mr. Weprin is set to resign from office to take a position with the Cuomo administration.

“I’m confident that Karen will be our next delegation chair,” Councilman Rory Lancman, a Koslowitz ally, told the Observer.

“She wants it,” Mr. Weprin added. (Ms. Koslowitz did not return a request for comment.)

Ms. Koslowitz, the chairwoman of the Committee on State and Federal Legislation, is a logical choice. By number of years served in the Council–not consecutive terms–she is the longest tenured member.

She was originally elected in 1991 and served until 2001, when she was term-limited out of office. After an eight-year stint in the Queens borough president’s office, she ran and won the same City Council seat in 2009. She was easily re-elected in 2013.

Ms. Koslowitz is not being challenged, according to several Council sources. She enjoys the support of the Queens Democratic Party, which saw its clout diminish after Melissa Mark-Viverito became the speaker of the City Council in 2014.

Delegation chairs have a role in the budget negotiations with the speaker and mayor. They present their borough’s needs during the negotiations, allowing the diverse delegation to speak with something resembling a unified voice.

Queens’ delegation is the second largest after Brooklyn. Unlike their neighbor to the west, they only pick one chair: Brooklyn has two, Councilman Mark Treyger and Councilwoman Darlene Mealy.

Ambitious politicians have coveted the posts and at least two coups have been staged on sitting delegation chairs. Mr. Treyger, with the support of many Brooklyn Democrats, ousted Councilman Carlos Menchaca in February.

More than a decade earlier, a canny Park Slope councilman named Bill de Blasio did the same to another colleague, Lew Fidler. Mr. de Blasio was elected mayor in 2013. 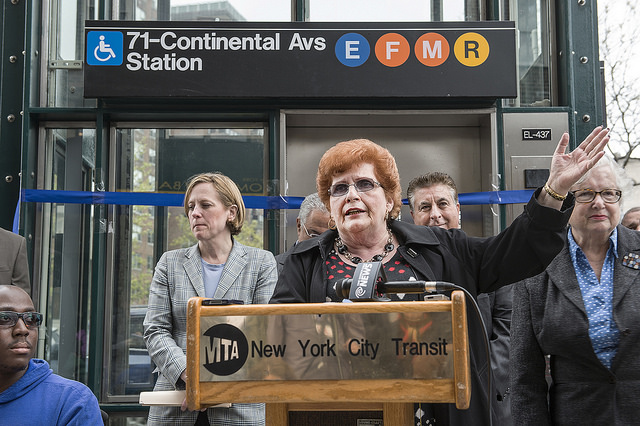