Speaking to his assembled supporters at the Grand Plaza banquet hall in Staten Island, and flanked by former Congressman Michael McMahon and Staten Island Democratic Party Chairman John Gulino, Mr. Gentile congratulated his GOP opponent on his victory, though he said he had yet been able to reach him by phone. Mr. Donovan became a controversial figure nationally after a grand jury he impaneled decided not to indict a white NYPD officer involved in the death of black Staten Islander Eric Garner last year—but he proved tonight his support remained strong in his home borough, which is roughly 70 percent white and home to many cops and their families.

“We began this campaign, if you remember, with the idea of creating a fresh start,” he said, recalling his campaign slogan. “Together, we led the charge on behalf of the people of Staten Island and Brooklyn to hit the reset button and set out on a new path of representation in the halls of Congress.”

“Unfortunately, tonight, we fell short of that ultimate goal,” he continued.

Mr. Gentile, a Democrat hailing from the sliver of Brooklyn included in the Staten Island-based district, thanked his supporters for their backing in the low-turnout election.

“From the bottom of my heart, thank you for being here, thank you for helping with this campaign. I am humbled by the confidence you have shown in me,” he said.

For a candidate few believed stood a chance of winning, Mr. Gentile ran a surprisingly aggressive campaign. After favorite local sons Assemblyman Michael Cusick and former Congressman Michael McMahon declined to seek the seat, the Staten Island Democratic Party spent weeks mulling who to pick as its candidate in the quixotic campaign against the popular prosecutor, before finally looking to the longtime councilman and former state senator.

Despite being the party’s third pick, Mr. Gentile delivered a pumped-up acceptance speech even as he acknowledged he faced a “daunting task” in trying to win a seat Republicans have controlled for 31 of the last 33 years. Throughout the campaign, he repeatedly hammered Mr. Donovan over his lack of legislative experience and initially tweaked Mr. Donovan for his response to the non-indictment of Officer Daniel Pantaleo in the Garner case, which some regarded as an odd move given the district’s demographics.

He even seemed to gain the upper hand on Mr. Donovan in two fiery debates, one televised, embarrassing Mr. Donovan when the Republican appeared unable to answer his question of what the federal minimum wage is. He tore into his opponent for not attending later candidate forums.

Yet even this morning, Mr. Gentile expressed optimism and confidence voters would reject adding another Republican to the House majority, arguing that the GOP Congress seeks to deprive New York City of $14 billion in federal funding.

“I think people know it’s time for a change. We need someone who’s going to go down there and not be part of the Republican agenda that is anti-New York City,” he told the Observer after casting a ballot for himself at his alma mater, Fort Hamilton High School in Bay Ridge, Brooklyn.

Mr. Grimm, a Republican, resigned from the seat in January after pleading guilty to a federal tax evasion charge. 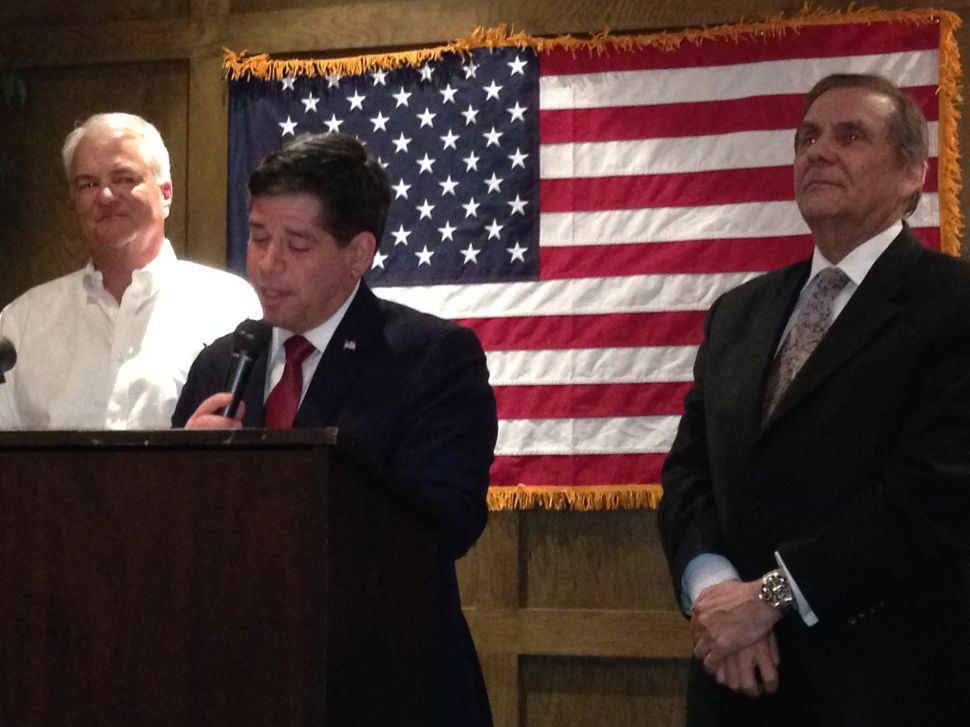