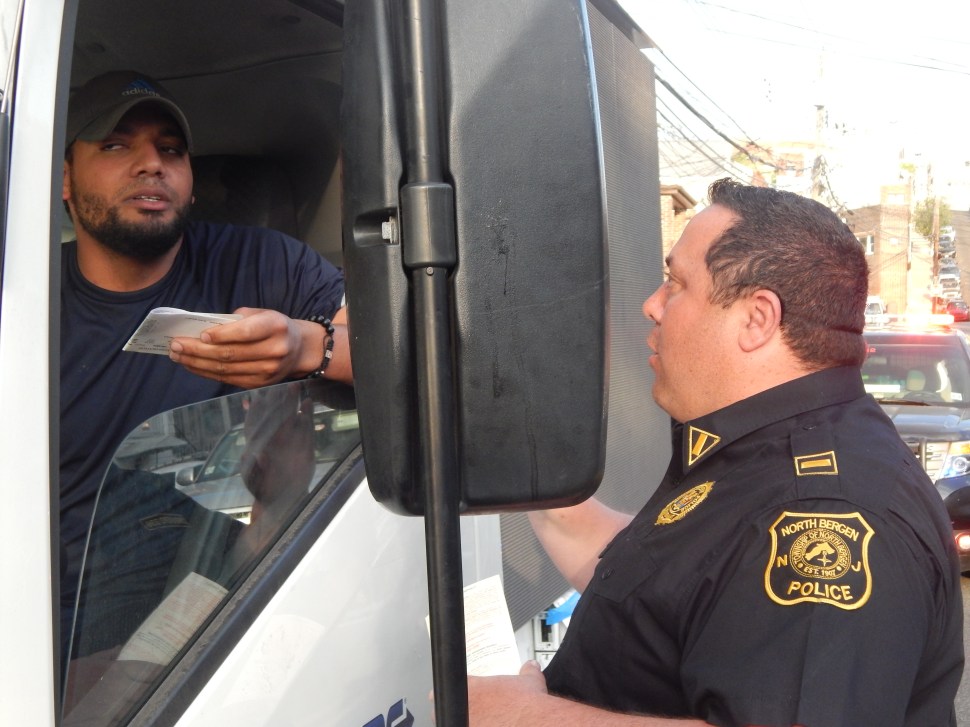 NORTH BERGEN – It’s down to less than an hour before the polls close here in this municipal election and two North Bergen cops just pulled up behind a Larry Wainstein sound truck and hit the lights.

Violation of a local noise ordinance. 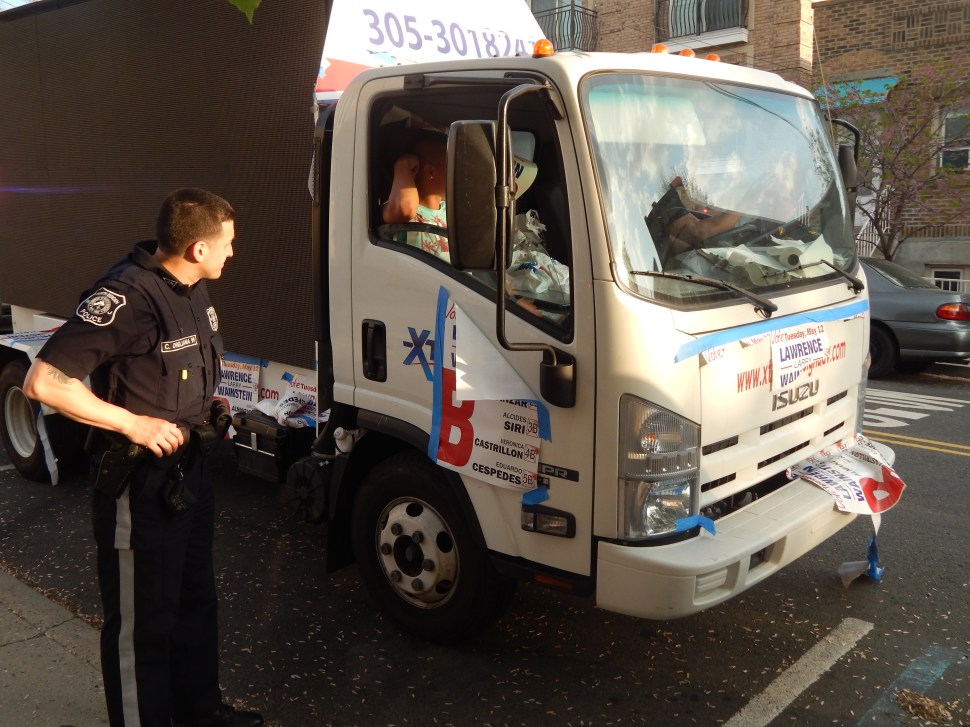 “You can’t do that,” said the officer who administered the ticket, referring to the horn honking in a residential neighborhood.

The officer shrugged, said he couldn’t help it, before he and his fellow officer vacated the area, leaving the driver with his head in his hands behind the wheel of his sound truck. 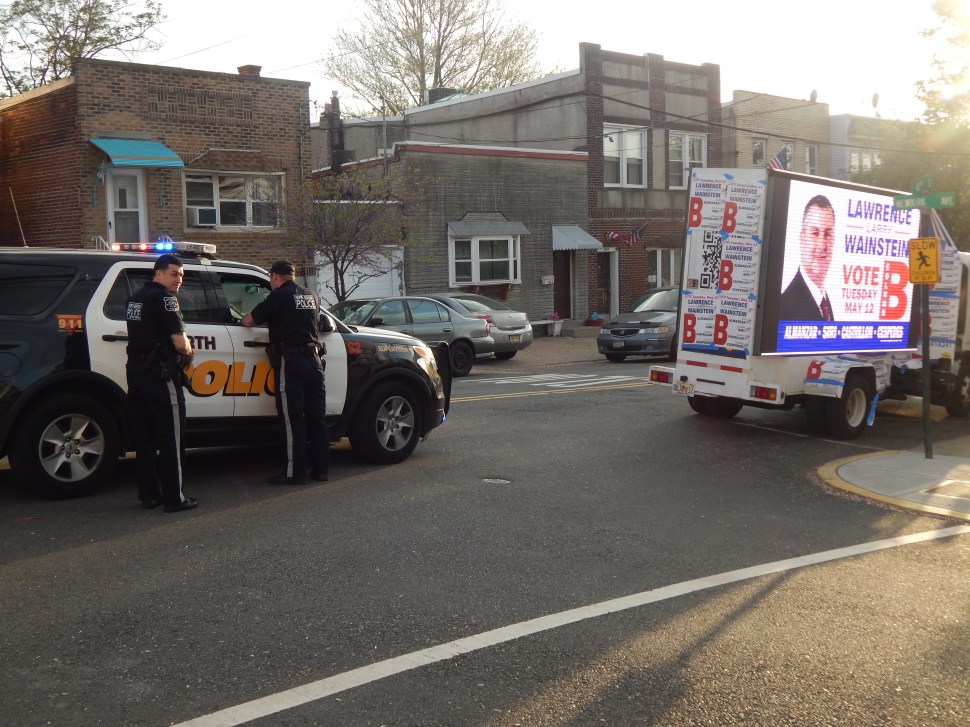 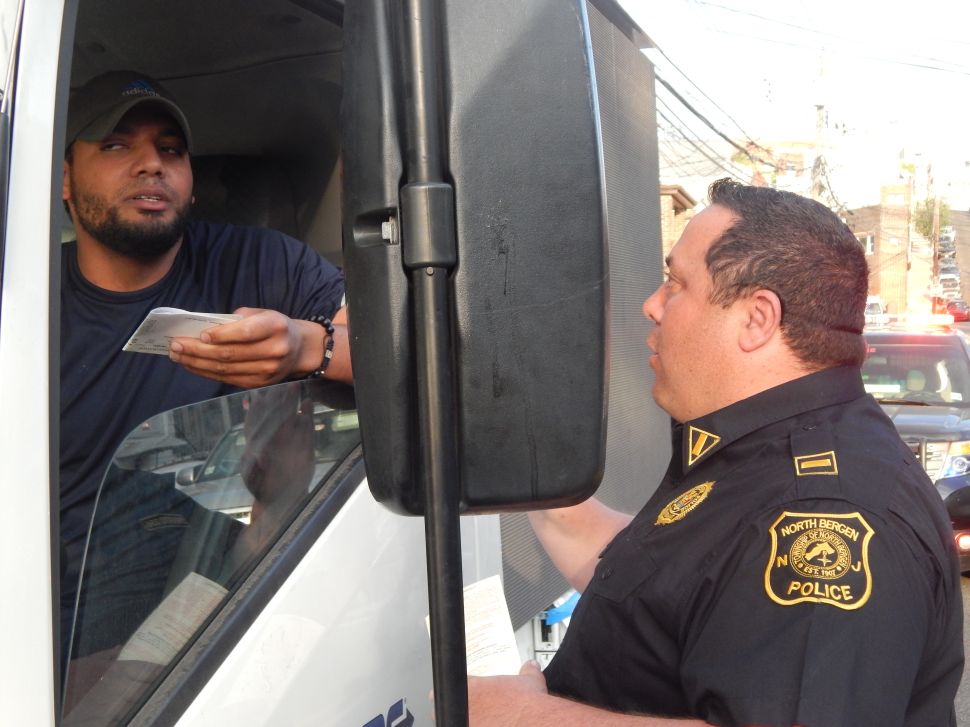