The charity benefit season is in full swing. Good and legitimate causes are raising much-needed dollars. But along with each event comes enormous waste. Not the subjective or ideological “waste” of expended effort and funds that go into these lavish affairs, but actual throw-it-into-the-garbage waste of uneaten food.

At one recent Manhattan gala, fully 90 percent of the 800 people in attendance didn’t touch their dinners. More than 700 complete dinners were thrown into the garbage. The reason was simple: There was an hour-long cocktail hour with a sumptuous buffet that dwarfed the dinner to come. By the time dinner itself was served, and our honorees were being recognized, few people so much as touched their plates.

The next day, a colleague mentioned to the Observer that he too saw hundreds of plates of uneaten food being thrown into the trash. He used the word “sinful.” What would it require, he wondered, to have the uneaten food diverted to shelters, soup kitchens and shut-ins? (He knew that once the food was plated and sent into the ballroom, it couldn’t be donated.)

What if, asked our friend, instead of food being pre-served at each place-setting when guests walked into the ballroom, there was a card that simply said, “If, by chance you haven’t eaten, please tell your server and you will be provided with a meal. But if you’ve eaten enough, your dinner will be donated to the needy.”

Two phone calls later, City Harvest had agreed to work with any hotel, banquet facility, caterer or venue to make such diversions possible.

So far, only one nonprofit organization has been approached to test the new protocol, and it is looking for a venue that will work with City Harvest. (Neither banquet managers nor unions are interested in any change that might reduce the money being spent on the event, or that might require more work.) But the idea of donating the admittedly huge quantities of uneaten food is appealing to many charitable organizations. And we enthusiastically encourage innovative leaders of New York’s many important nonprofit institutions to give it a try. It is undoubtedly tough to be the first. But it will be even tougher to be the last. 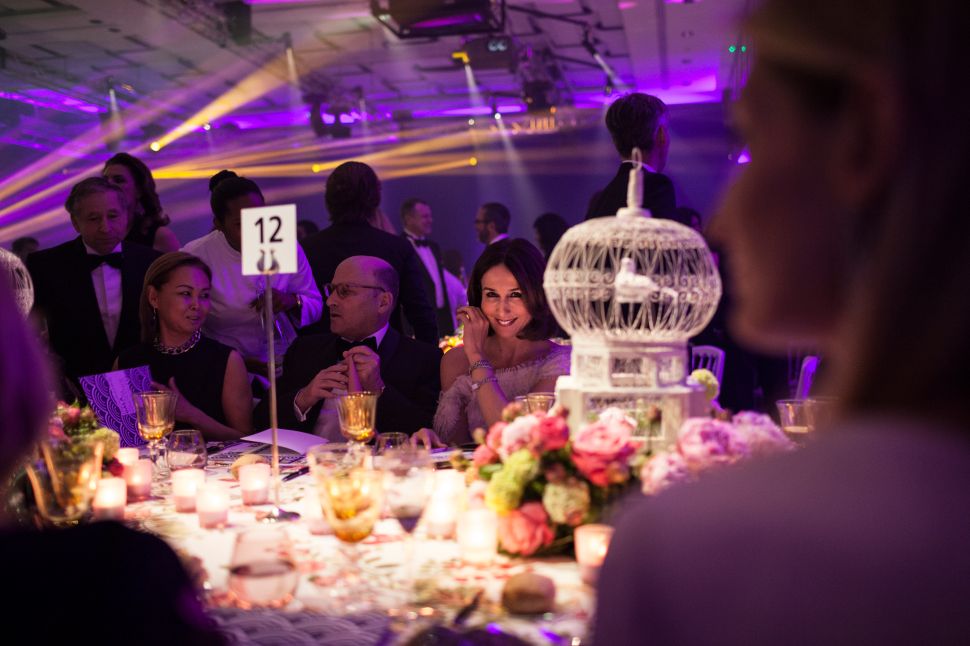