Sorry, everybody, that I missed Week Two of the Wayward Pines WTF Recap. I would’ve gotten around to it, but unfortunately I was in a pretty serious car accident. Then I woke up and the hospital claimed they didn’t have my stuff. Terrence Howard was there. Did you know Terrence Howard adores rum raisin ice cream? I don’t know. It was all very strange.

But just to recap episode two: Beverly was killed in a public execution, mostly because she tried to escape Wayward Pines, but I have to assume a little bit because she was awful at tending bar. 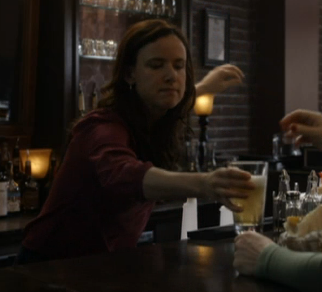 Sweet 3/4 pour, Beverly. No wonder you were reckoned. Oh, that’s what it’s called when the whole town gets together for a good ol’ fashioned public throat slitting. A reckoning. That is not nearly as cool a name as someone obviously thought it was.

Elsewhere, there aren’t really any rules on this show, are there? Well, okay, there’s those very specific rules posted all around Wayward Pines (“Do not try and leave, do not discuss the past, do not pass GO, etc etc) that the citizens are so fond of chanting in the town square. But really besides those rules, up is down, black is white, Wayward Pines might be on the moon? I don’t man. I don’t know.

But first let’s talk about Ethan’s wife Theresa, who is so convinced that the Secret Service, one of the highest levels of law enforcement in the country, is using all of its funding and resources to cover up the fact that her husband is getting some side action. So convinced, in fact, that she will drive 500 miles in the general direction of Idaho to maybe, sort of find out what’s happening. And her son is just along for the ride, slowly growing resentful and dreaming up ways to create terror gases.

So Theresa’s first stop is Kate’s branch of the Secret Service. Theresa lets the receptionist know she’s after her cheating husband and it…works? Whaaaaaat. Look, i understand feminine camaraderie but does the Secret Service really give out details of formal inquiries to anyone that walks in to the lobby and tells a sob story? That receptionist is so bad at her job! If anything, she should be reckoned.

And then, with the receptionist off to do her bidding Theresa hops behind the desk and tries to hack into the system with Ethan’s password. What? No. Stop. No one notices this. A strange woman and her gangly son walked into the Secret Service and now she’s behind the desk tapping away at the keyboard and no. one. notices. this.

At least one person notices Theresa’ apparent genius hacking skills, Ethan’s old Secret Service boss. He warns that weird little Wayward Pines doctor dude: “I think she’s headed your way.” What is she headed towards, exactly? The 50 foot tall fence that surrounds Wayward Pines? What’s the worst that happens when she gets to the fence? She tells someone about the fence? That thing is huge! There’s no way anyone important enough to tell doesn’t already know about the electrified Great Wall of China in Northern Idaho. Which begs the question — who is in on it? Definitely some of the Secret Service. All of the Secret Service? That receptionist? I understand what is happening just about as much as Ethan does.

Oh, yeah, back in Wayward Pines Ethan still has no idea what’s going on. Actually, the entire first half of this episode went like this: Ethan skulks into a house – finds no answers – gets caught trying to find answers – the person who catches him acts casual, but subtly nods their head toward a flower pot that probably has a microphone in it, indicating that someone is listening and no place is safe.

Whoever these people (or things) running Wayward Pines are, the show wants us to think they’re all knowing and everywhere at once, but honestly they’re usually pretty terrible at keeping tabs when it comes to EThan. How shitty are your microphones that they can’t hear over a tea kettle? And you know how to act the opposite of conspicuous? Return again and again to the shack where they keep the dead bodies. Sweet move Ethan. And why aren’t there any microphones in the death shack? Of all places shouldn’t there be microphones in the death shack?

Outside the town, Sheriff Lyon pulls over Theresa and her son right outside Wayward Pines. This scene doesn’t make much sense, because it includes zero rum raisin ice cream. How is the sheriff even functioning? He soldiers on, ice-cream-less, and cuts Theresa’s brakes. Theresa, satisfied that a sheriff completely fixed her engine troubles in under a minute and finds that in no way strange, drives on.

Inspiration hits when Ethan notices a truck that comes and goes from Wayward Pines labelled “Finest International Foods.” It is also labelled “Juice, Coffee, Milk, Tea,” none of which are foods. Nevertheless, Ethan, no doubt thinking he is the first person to ever think of doing this, hides in the back of the truck. It doesn’t lead him out of Wayward Pines, it leads him to…this place. 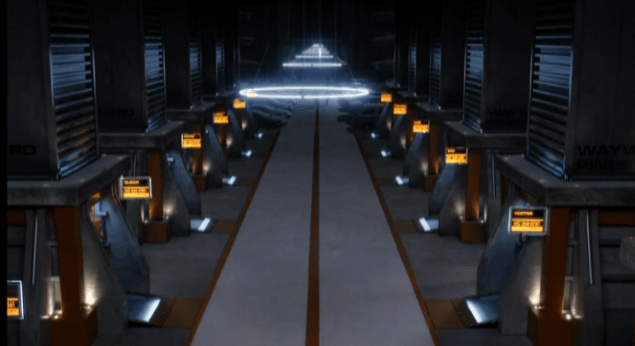 God, this is exactly like when I used to come up with crazy, insane crackpot theories about Showtime’s The Affair, but on Wayward Pines all the crazy, insane crackpot theories just end up coming true. So now we’re dealing with not only a strange town but a strange futuristic-looking hallway of…things? Doors? We see one is labelled Wayward Pines. There’s probably another labelled Twin Peaks. There’s probably a Stargate tucked way somewhere. We don’t get much time for answers, because once Ethan discovers his family’s car is inside this weird place, the Sheriff once again catches up with him and jams a sedative in his leg. Ethan, you may have noticed, spends many minutes of this show getting sedatives jammed into his leg.

He awakes in the Wayward Pines hospital, and is notified that his family was just released. Because somewhere between the sheriff cutting their breaks and now, Ethan’s family ended up in Wayward Pines, and they are all moved in to Beverly’s old house. “Welcome home,” a strange dude with a cane tells them.

Theresa, for her part, takes this all extremely casually. “Just think of it as a vacation. It’s exciting,” she tells her son, not stopping to think about how she lost her recent memory in a car crash and awoke in strange town where people are claiming she lives, this is not a vacation what is wrong with you?

After some sleuthing, Ethan’s son spies him conversing with Kate. Since that, among all the other strange things, is still the deal-breaker for Theresa, she makes a run for it. The sheriff…do I really need to tell you the fucking sheriff catches up with them? This is like the fourth time this episode.

But Ethan arrives just in time to…lose in a fist fight to the sheriff. Luckily, his son runs the sheriff over with a truck, making him kind of a lot more badass than Ethan. All Ethan does is shoot the sheriff in the face while he’s on the ground. Which, I mean, jeez Ethan.

Finally, Ethan grabs the keys to the giant Wayward Pines fence that just happen to be on the sheriff’s belt, opens the gate, and him and his family pile into the truck. That’s it. No more weirdness, no more plot twists, 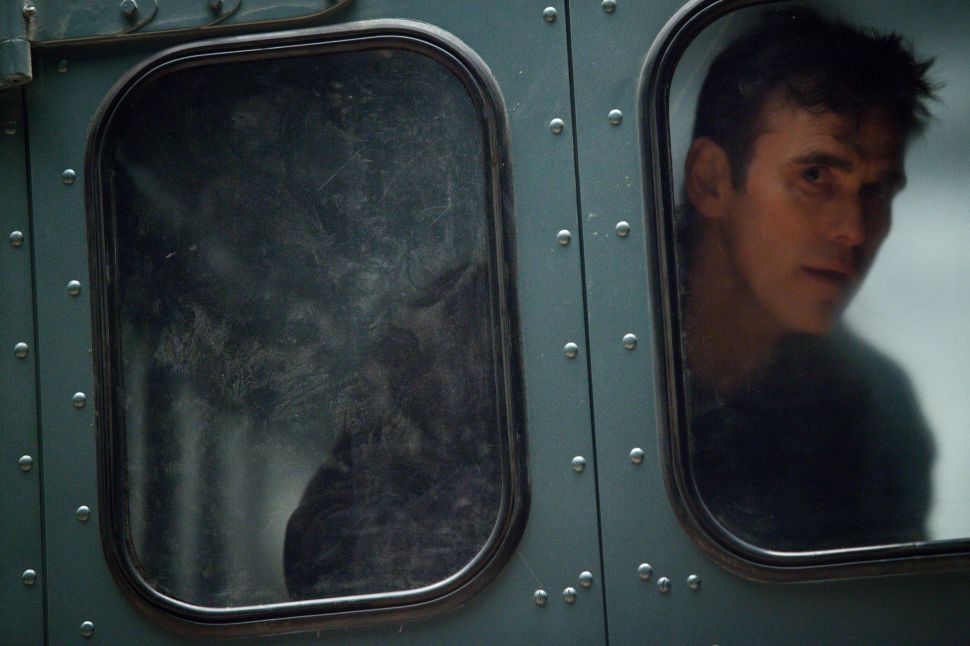