The name of her book is memorable. Her own name is unforgettable. But even if you haven’t yet heard about Wednesday Martin’s Primates of Park Avenue, it’s not likely you’ve been able to avoid the conversations jump-started by “Poor Little Rich Woman,” her recent piece in the Sunday Times or by the full column of letters the following Sunday.

The fuss is all about two words: “wife bonus.” For a highly credentialed woman to stay at home to manage the household, mother her offspring and stay thin as a runway model—that may be sensible in the upper echelons of the Upper East Side. But to be rewarded for it with the chilly calculation of her husband’s Goldman Sachs bonus? Well, really!

Wednesday Martin may look like one of her subjects, but the resemblance is superficial. She earned her doctorate from Yale in comparative literature and cultural studies, with a focus on anthropology and the history of psychoanalysis. Over lunch, she downplays her sudden ascendancy in the “brainy beauty” category; on the page, she doesn’t shy from a serious purpose

Observer: There’s a rich tradition of undercover reporting, from Black Like Me to 21 Jump Street. You chose to tell Upper East Side women what you were doing. How many declined to participate?

I told the women I knew: “I’m researching and writing a book about what it’s like to be a mother on the Upper East Side.” They put the word out through gossip, a highly effective channel. After that, some of the women chose not to participate. But others cornered me at kids’ birthday parties and school hallways and sought me out at events to ask me, “Do you know about X?” and “Are you writing about Y?” The ones with irony and insight were right there with me, and I’m grateful to them.

The phrase that every reader seems to take away from your New York Times piece is “wife bonus”—an annual payment paid by a satisfied husband to his stay-at-home spouse. I’ve seen this phrase questioned; some journalists and Upper East Side women say they’ve never heard it. This would be a good time to put a stake in the heart of those questions.

It’s amazing to me how big this single detail from the whole landscape of some of these women’s lives has become. People also told me about hiring black market Disney guides with disability passes to circumvent the lines at the park, which to me was much more shocking fact than economic dependency and how women negotiate it! Over the course of the six years I lived among them, the term “bonus” was one I heard many times. It was simply part of the language to describe how women were compensated and thanked by their husbands.

How long after you moved to the Upper East Side did it take you to conclude your new neighborhood was “a glittering, moneyed backwater.”

It took five seconds to realize that the women around me looked and felt the need to look amazing and perfect and moneyed every second. And that the thirty- and forty-something moneyed, educated couples I was spending time with often had very retrograde-seeming household and parenting arrangements. Peeling back all the reasons — skewed sex ratios that favored men as nowhere else in Manhattan; high levels of intrasexual competition between women; a national crisis in childcare that contributes to wealthy women feeling the only “choice” is to stay home when the kids are young; and pronounced financial dependency of women on men — took a little longer.

In the old days, if you had a third child, you usually moved out of Manhattan. Now, for the very rich, a third child—what I call a Rolex Child, a living symbol of wealth—means a bigger apartment and a second nanny. Did you meet women with large families who enjoyed being, in essence, breeding machines?

Big families are markers of high status in the new UES ecology. This is really strange in a cross-cultural perspective, because education and wealth generally have an ameliorative effect on female fertility. That is, on the whole, rich and educated people generally have fewer kids. But in this instance, for all kinds of reasons I go into in my book, the Upper East Side is literally exceptionally weird.

Before yet another session with applicants in yet another school “playroom,” your son said, ‘Mommy, I can’t do this,” and you wanted to weep. He got into a “good” school, and then, after dropping him off each day, the rejection you felt from the “Mean Girl Moms” made you cry. Why didn’t your maternal instincts tell you to move? Why did you want these women to accept you?

There is an incredibly strong drive among humans for acceptance and affiliation. My thought was, “I have to do my best here. I am going to figure out this hostile seeming and hierarchical world, and make some friends for me and my kid.” Plus, how many New Yorkers do you know who like to lose? Simply put, I got caught up. Finally, I knew there were plenty of nice mommies. I just had to find them.

Not once. And I don’t think anybody was censoring herself around me. A lot of the women I spent time with were living a relatively new cultural dilemma: whether and how to reenter the workforce after a mommy hiatus. They weren’t hating on working moms; they were trying to decide whether, how, and when to be one. I don’t judge any of them, whatever they chose.

You have a Ph.D. You taught cultural studies and literature at Yale and The New School. How does a woman with those lofty credentials come to have a closet just for handbags?

I know this isn’t France, but why are intellectualism and love of fashion mutually exclusive? Beauty, accessories, Rousseau — bring it.

How many Birkins did you have? How many do you still own?

From 2004 to 2010, when you lived on the Upper East Side, there were two national elections. Did you ever hear these UES women talk politics?

Sure. They talked about everything. But it was a pretty traditionally gender-scripted world. Most often I heard men talking politics and business, and women talking about kids.

You write that your move to the UES transformed you into “a stereotypically skinny Manhattanite with insomnia.” After you moved, how long did it take for you to be cured? Or is living on the UES like a vampire’s bite?

Is the UES an ecological niche? Or are women in many rich neighborhoods across the country also likely to be concubines?

World-wide, wherever and whenever a society is rigidly hierarchical, women do not live with or near their kin, women are financially dependent on men, and there is sex segregation, you can expect women to be disempowered relative to men. 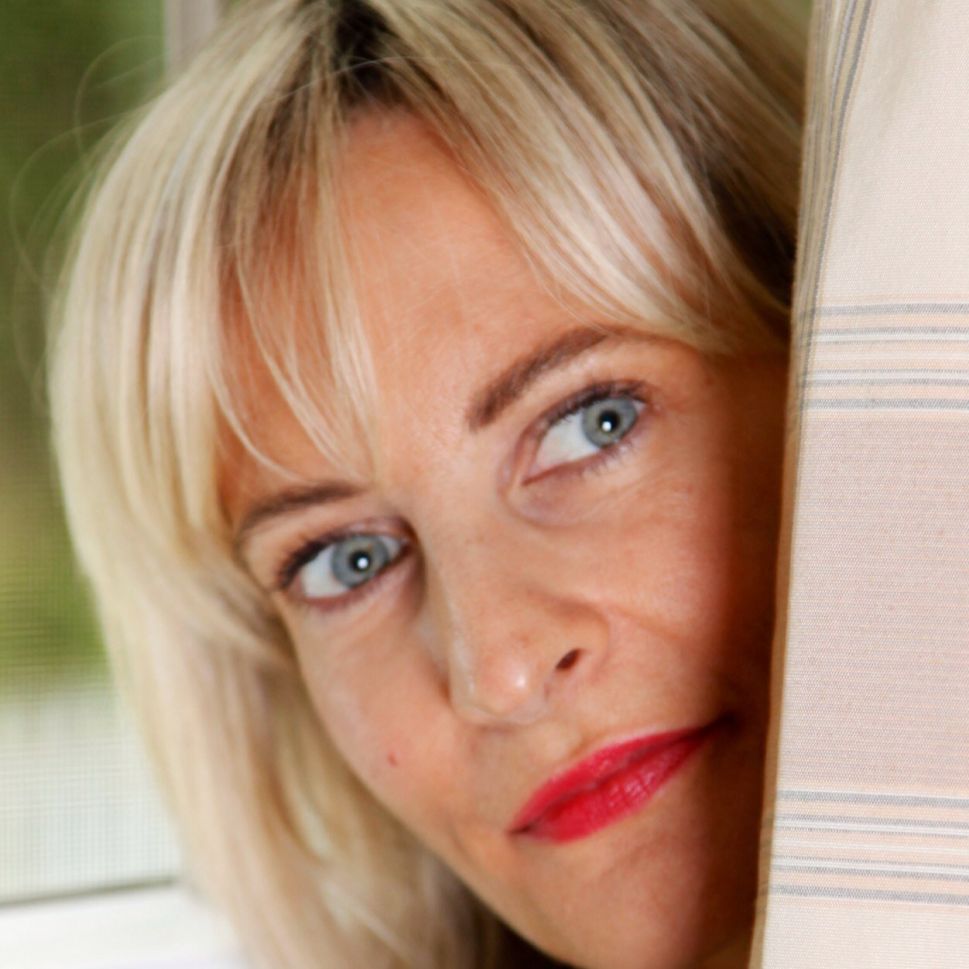