NEWARK – Moments after David Wildstein, a former Port Authority of New York and New Jersey official appointed by New Jersey Governor Chris Christie, pleaded guilty to a scheme to close access lanes to the George Washington Bridge in September 2013 as a way to punish the mayor of Fort Lee, the two co-chairs of the state legislative Select Committee on Investigation looking into what is widely known as the Bridgegate scandal expressed both their dismay and their determination to get more answers.

“My first reaction is a sense of relief that somebody stood up and took responsibility for what happened to the people that I represent,” said state Senate Majority Leader Loretta Weinberg (D-37), whose district includes Fort Lee and surrounding Bergen County municipalities who suffered directly from the traffic snarl created by the lane closures, on Friday. “My second reaction was when hearing the judge outline each of these charges, it was sickening to know that there are people who were in jobs and positions of great responsibility that chose, as we suspected, the first day of school, the week of Yom Kippur, the holiest day in the Jewish calendar and the week of the September 11 remembrance, was purposely chosen to punish residents of the state of New Jersey for the lack of their mayor endorsing this governor.”

The alleged involvement of senior Christie administration and Port Authority of New York and New Jersey staff in the lane closures has led to accusations of political retribution against Democratic Fort Lee Mayor Mark Sokolich, who did not endorse Christie in the 2013 gubernatorial race. Christie has denied that any retaliation took place.

In federal court before U.S. District Judge Susan D. Wigenton in Newark, Wildstein, the former editor of this website, affirmed that he and Bridget Kelly – then the deputy chief of staff to Governor Christie and Bill Baroni, then the deputy chief of the Port Authority, respectively – came up with the scheme as a response to Sokolich’s decision not to endorse Christie’s 2013 reelection.

“It’s a sad day when individuals who were given a high degree of trust by the people of the state of New Jersey abused that trust so completely, so terribly, that it undermines the very nature of our democracy,” said state Assemblyman John Wisniewski (D-19). “It’s sickening to hear that the conspiracy, as outlined in court, chose the first day of school and inconveniencing not just an entire community but an entire region. What’s also wrong is the admission in court that the [state] office of intergovernmental affairs, part of the Governor’s office, was engaged in seeking political endorsements for the Governor’s election campaign. These are very troubling admissions, and there is more come.” 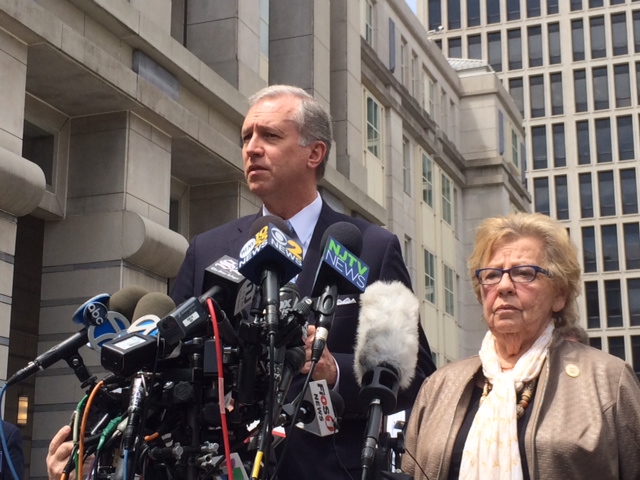