“The Mayor has done a tremendous job under difficult circumstances. I congratulate him on his job. If I lived in West New York, I would vote for him, but I don’t, so I can’t,” said Menendez, who now lives in Bergen County, in Spanish at a Saturday rally celebrating Cuban heritage in West New York, ten days before the West New York municipal election. “I know how hard it is to be a mayor. I was a mayor of Union City for six years.”

Roque, elected mayor in 2011, has an interesting political history regarding Menendez. He initially backed state Sen. Joseph Kyrillos (R-13) against Menendez in the 2012 U.S. Senate race, an election the incumbent Democrat won by a decisive margin. Some political observers noted with arched eyebrows the filing of federal charges against Roque and his son the same year for allegedly hacking a website set up by Hudson County Freeholder Jose Munoz that aimed to recall him. In conspiracy-happy Hudson, the indictments were charged with a sense of Menendez-inspired payback.

Roque was acquitted of the charges in October 2013; his son, Joseph, was convicted of a misdemeanor.

But when Menendez first felt the sting of federal prosecutors when he was indicted on corruption charges last month, Roque said that endorsement was mistakenly made in a moment of political naiveté by a neophyte to the Hudson County political game. He added that he doesn’t believe Menendez had anything to do with his own previous legal troubles.

“I’m going to be supporting Senator Menendez throughout this ordeal,” Roque told PolitickerNJ. “An indictment is just an allegation. When the facts come out, I’m confident that he will continue to serve the residents of New Jersey. It’s in his genes to fight with courage and determination. I know he will prevail.” 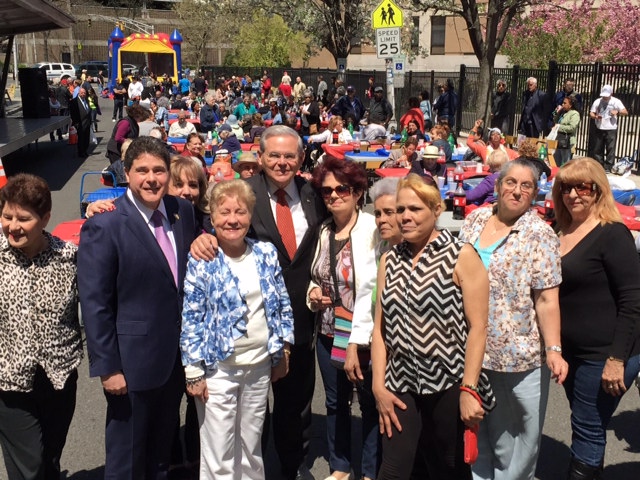