As the United States begins blessedly to clean out the dark, vile hallways of the international soccer organization, FIFA, you can bet that the pampered elites in the crosshairs of the Justice Department won’t be going quietly.

Former FIFA Vice President Jack Warner was one of the people arrested in conjunction with the investigation. He now faces extradition from his native Trinidad and Tobago to the United States. Forced to resign his FIFA position in 2011 due to an ongoing ethics probe, Warner blamed racism and religious intolerance, specifically Zionism, which he cited as “probably the most important reason why this acrid attack on Bin Hammam and me was mounted.” Bin Hammam is Mohammed Bin Hammam, another former FIFA official accused of corruption.

Zionism, so we’re all clear, is the belief that the Jewish people has a right to a country of its own and that that country belongs in the biblical Land of Israel. I know of no major Zionist thinkers—either before or after the establishment of modern Israel—who wrote on the issue of international soccer.

Warner isn’t the only person who believes in the supernatural powers of the Zionist cabal. Consider a few hilarious recent examples:

In 2007, the Israeli magazine Ha’Ir (The City) debuted its latest local venture the way American audiences might recognize – by launching a bunch of balloons in the air. Eventually, the wind carried the balloons into an enemy country – Lebanon, in this case. News reports soon began to surface in Lebanon and across the Arab world that poisonous Israeli balloons were sending droves of civilians—including dozens of fictitious children—to the hospital.

In 2010, the Egyptian governor of the South Sinai responded to an unusual spate of shark attacks in the Red Sea by promoting rumors that the Israeli intelligence agency, Mossad, had trained and deposited the sharks in Egyptian waters to ruin the tourist industry (which, at the time, still included some Israelis). Thankfully, no Israeli tourists were harmed in the plot; so the shark was either extremely well-trained or the Zionists just got lucky this time. To the credit of the Egyptian official, he did remind worried constituents that the rumor “needs time to confirm.” The incident led to a headline in the BBC that one just doesn’t see every day: “Shark attacks not linked to Mossad, says Israel.” One hopes that cleared everything up.

Unfortunately, the Mossad’s string of animal super-agents doesn’t stop there. There was a spy vulture in Saudi Arabia in 2011 and another in Sudan a year later. Turkish citizens were bedeviled by an Israeli spy bee-eater in 2012 and a spy kestrel in 2013. The former was cleared of all charges after Turkish counter-intelligence agents searched its nostrils for surveillance gear. Seriously.

History is, of course, replete with far uglier examples of actual and fictitious problems being blamed on Jews (and, more recently and fashionably, Israel and Zionists) and, until the last half of the 20th century, these accusations inevitably involved Jewish body count. It’s worth noting that the above-mentioned conspiracy theories are farcical rather than tragic only because they didn’t involve bloodshed, not due to a lack of motive.

The concern is not just that the masses who believe these things about Israel are stupid or easily misled; though those things are true and truly worrisome. The concern is that it leads to an environment in which people will believe virtually anything about the Jewish state so long as it reinforces the image of a uniquely bloodthirsty, nefarious, evil pariah. Prior to this week’s arrests, the biggest issue facing FIFA members at its upcoming conference was…wait for it…kicking the Jewish state out of FIFA. Seriously.

Palestinian leaders, well aware that they can’t win a military war against Israel and uninterested in the difficult processes of preparing their people for statehood, have decided to open up other fronts in the war against the Jews. No venue is too apolitical to be made political. And the Jack Warners of the world make that pretty easy.

Jonathan Greenberg is the Senior Vice President of the Salomon Center for American Jewish Thought, an expert in Middle East policy, and former staffer at the American Israel Public Affairs Committee. Follow him @JGreenbergSez. 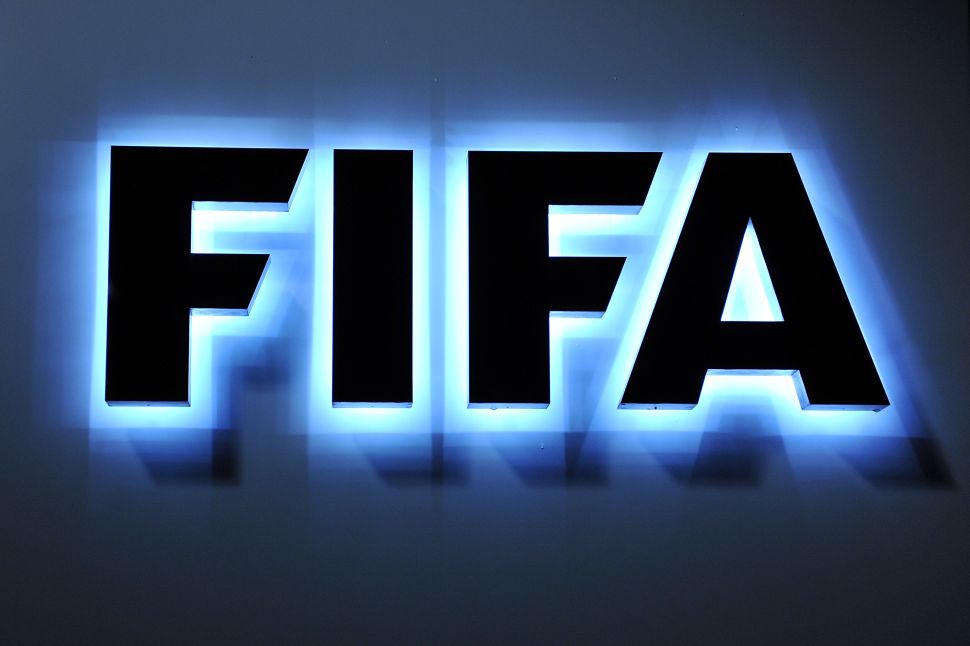