Fevered Apple fanboys may be disillusioned to learn that their beloved company’s co-founder Steve Wozniak has not picked up an Apple Watch for himself and may see the new product as a derailment off Apple’s track of game-changing technology.

“I’m busy and not excited, a first, so I’m sitting this one out for now,” Woz said to me in a late-night text in between his many weekly flights. It’s widely known that he is a gadget and app enthusiast and it’s apparent with the amount of time he spends on his iphone. Being on the road for a majority of the year giving talks and keynotes, Woz depends on his up-to-date hardware to streamline his life and maintain communication with friends and family. I assumed the new Apple watch would be a welcomed addition to his tech arsenal but he explained that “I’ve had disappointments with smart watches. They didn’t change my mobile life. I think I’m just not the right person”.

I met Woz a few years ago while I was working as a mindless drone for Disney when he invited me for dinner following a keynote speech at an IBM conference. We discussed everything from Steve Job’s complex vision to an ‘intense’ Aaron Sorkin, who wrote the upcoming biopic of the Apple founder. Since then, our friendship has existed in texts and late night matches of Words with friends. When he’s not dodging my questions about Sony’s upcoming film (he did admit being delighted when Seth Rogen was cast to portray him) I do manage to pick his brain about technology and Apple’s new products.

Wozniak has put significant thought into purchasing the watch for his wife before ultimately deciding against it. “I wanted to get my wife a gold one. You know. $10k for one but $7k more for a different band. She suggested we both get gold. But we changed our minds.” He admits the value of the ‘luxury’ gold watch regardless of it’s functions is worth the purchase “ If you buy the $17k watch you are getting your money’s worth. Doesn’t even matter if it works”.

While he decided against that particular model, Woz indicated that he’s still intrigued by the product and does intend to eventually purchase one. “I’d get the sport model, $400. But if I liked it I’d move up to the black metal band.”

Prior to the iphone, my family were loyal Apple customers for at least 20 years. Even through the dark times before Mac OSX, when I struggled with my sluggish $2,400 Macintosh Performa 575 which boasted a whopping 33 MHz processor. We went from that frustrating machine to the imacs, TheG4 cube, the ‘lamp’ and I even purchased the very first ipod upon release. Apple’s history has had a direct impact on my life and the main reason I wrote to the Woz and developed a friendship with him in my adult years.

Wozniak’s reaction to the Apple Watch did surprised me, but I realized that his reservations are beyond function, price or even the product’s engineering. He explained to me what seemed to be at the root of his views on the Apple Watch “ Fashion advice in Apple stores? Not the Apple we started or envisioned. Not the Apple that moved the world forward.” 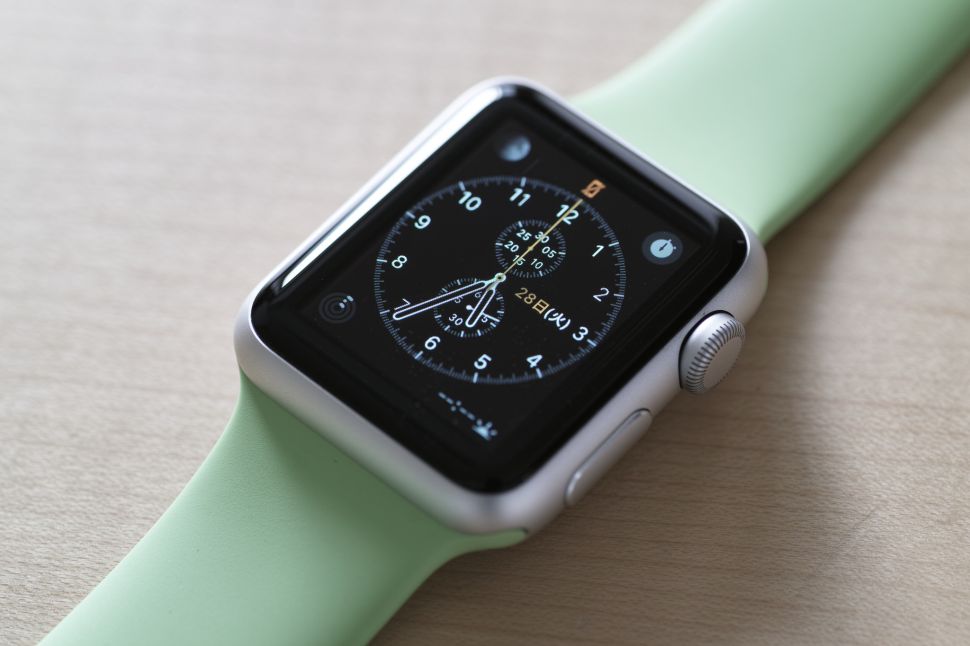