Toward the end of Kill Bill: Volume 2, there’s a Tarantino-penned monologue about superheroes that can double as a pretty useful piece of political punditry. Most superheroes put on a costume to become their alter egos. But not Superman. “Superman was born Superman. When Superman wakes up in the morning, he’s Superman. His alter ego is Clark Kent. What Kent wears—the glasses, the business suit—that’s the costume. That’s the costume Superman wears to blend in with us. Clark Kent is how Superman views us. And what are the characteristics of Clark Kent? He’s weak. He’s unsure of himself. He’s a coward. Clark Kent is Superman’s critique on the whole human race.”

In the political world, Bobby Jindal—currently inhabiting the bottom of the Republican presidential polls—was once about as close as it got to a Superman. There was hardly a faction in the party that couldn’t find something to like in his biography. His fervent faith spoke to religious conservatives. His budget and consulting credentials appealed to the country club set and the think tank types. His academic chops (he was admitted to law school and med school at Harvard and Yale, about a 1-in-100,000 chance when you consider their combined acceptance rates) suggested a policy mastery that few competitors could claim.

Elected to the Governor’s mansion the year before President Obama won the White House, Bobby Jindal was also a plausible Republican answer to the post-boomer, post-racial politics the Democrats had mastered—the GOP’s version of the skinny kid with the funny name and the Ivy-league mind. And that wasn’t the only analogy in play. His college alumni magazine called him “almost Clintonesque in his ability to combine a mastery of complicated policy issues with a knack for connecting with everyday voters.” Rush Limbaugh called him “the next Ronald Reagan.”

Whichever Presidential comparison you bought, Bobby Jindal was the kind of political mind that made you reach for such superlatives. At 24, a Rhodes Scholar, he was in charge of Louisiana’s state health care system, a job where he proved himself a wonk’s wonk. At 32, he was the second Indian-American ever elected to Congress. At 36, he was governor—and, it seemed, a presidential nominee in waiting.

Today, he’s one of the least popular governors in America. His approval rating hovers in the high 20s. Facing a massive budget shortfall, Jindal has decimated higher education funding and shuttered hospitals, even as New Orleans and Baton Rouge are in the nation’s top five cities for HIV infection rates. Moody’s is on the verge of downgrading the state’s credit rating. Publications with names like The American Conservative are posting pieces with names like “How Bobby Jindal Wrecked Louisiana.” In the midst of this budgetary, educational, and health crisis, Jindal spent 45 percent of last year outside his state, much of that time building support for a presidential run.

And for all of his troubles, he sits around 1 percent in the Republican polls. If Bobby Jindal was once his party’s great hope, today he’s best known for squeaking “me too!” when Rudy Giuliani calls the president un-American, or for parroting debunked myths about Muslim-run “no-go zones” in Europe. Today’s Bobby Jindal is an undisciplined and indiscriminate attack dog, his tone hectoring in a way that rarely wins votes. His presidential prospects, which once burned so brightly, have mostly been ignored.

A career that once stood for the wildest American dreams of immigrants’ children now looks like a different archetypal story: a story about the dangers and the limits of ambition. Seven years into a disastrous governorship, it now seems clear that Jindal never took seriously his obligations to his own state. Louisiana was another stepping stone in a career full of them—and Louisiana got stepped on.

It would be one thing if Jindal could point to a prospering state and a balanced budget in order to stake his claim to the presidency. Instead, he’s operated under the theory that results are less useful than ideological purity. In the process, Jindal effectively signed over control of his state’s budget to Republican kingmaker Grover Norquist and his anti-tax lobby, Americans for Tax Reform (ATR). Jay Morris, a Republican state representative, says that the budgeting process under Jindal boils down to this: “‘ATR says that’s a tax increase.’ Or, ‘ATR says that might not be a tax increase if you do blah, blah, blah.’ He feels that’s the best way to run for national office. It’s just not a good way to run Louisiana.”

Obviously, Morris is no fan of the governor, so take his words with a pinch of salt if you like. But it’s striking to hear how often they’re echoed these days—not just from the left, but from Jindal’s fellow conservatives. Here’s American Conservative writer Rod Dreher, a Louisiana native: “Jindal is sacking his own state to preserve his viability as a Republican presidential candidate—specifically, so he can say that he never raised taxes.” And here’s National Review contributing editor Quin Hillyer: Jindal’s tax policy, which actually taxes the poor at a higher rate than the rich, is “a moral abomination.”

The irony is that this hyper-ideological style of governance seems to have backfired. Jindal’s probable rivals, like Wisconsin Gov. Scott Walker, may not be able to point to gangbusters job growth—but at least they can’t be saddled with a failed state.

The deeper irony is that Louisiana’s budget crunch called for the very talents with which Jindal was so richly blessed: a wonkish engagement with policy details, a McKinsey-honed love of number-crunching, the sense of creative policy entrepreneurship that once had him reimagining Medicare as a Congressional intern. It’s easy to look from that Bobby Jindal to this one—from the rising star to the floundering governor—and ask: Can this be the same person?

I don’t think it is. And this brings me back to Clark Kent.

Gov. Bobby Jindal is how Bobby Jindal the ex-wunderkind views the voters he wants to nominate him for president. And what are the characteristics of Gov.  Bobby Jindal? He’s demagogic. He’s inflexible. He values the purity of his ideology above the wellbeing of his people. Gov. Bobby Jindal is Bobby Jindal’s critique on Republican primary voters—and on the American voters in general.

In other words, Gov. Jindal’s record speaks to his remarkably low estimation of the very people who were supposed to elect him president. He just never imagined that the feeling would be mutual. 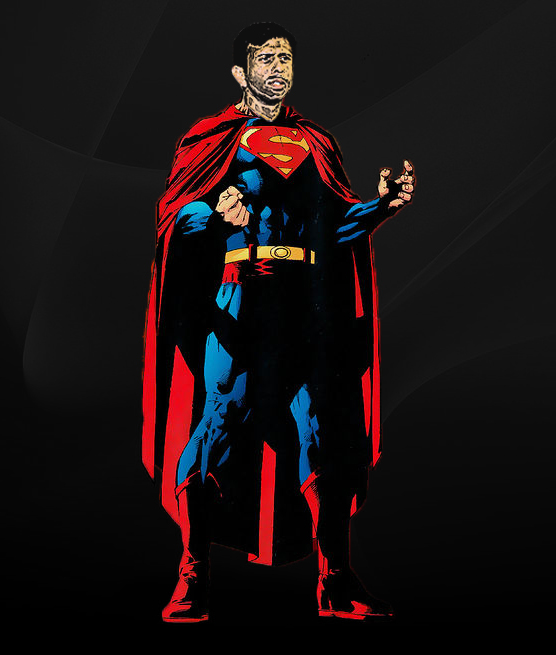