At last, it seems, the online dating revolution has given rise to what seems its inevitable, logical companion: a demand for therapy by text message. A start-up called Talkspace, which bills itself as an all-you-can-text therapy service, recently announced it has so far raised $13 million in funding. For $25 a week, users get paired with a licensed therapist, whom they can text whenever and however often they want—all from their own couch.

The founders of Talkspace claim the service will open doors—or at least chat rooms—to make therapy available to more people, and at possibly critical moments such as, in the words of one investor, “in the middle of an eating disorder episode, or a marriage dispute.” Therapy by text, the pitch goes, is available without transportation. There are fewer excuses for skipping your appointment since, well, you don’t need one. Therapy-by-text also creates what a Talkspace co-founder calls “a healthy distance” between patient and therapist.

There’s just one important aspect of this form of talk therapy that’s missing. And that’s the talk.

I’ll concede that some studies have shown that texting isn’t all bad news. Texting can enable those who are shy or lack confidence to be more outgoing. It may help foster an increase in emotional expression—certainly not a bad thing in the context of therapy. Some schools have begun using texting as a way to help encourage students to participate more in class. In one case study, students who were less likely to speak up in class were far more likely to respond in discussions conducted via text.

But part of that is because texting has become the norm, and something of a cop out. Eloquence has fallen prey to expediency. Texting is also responsible forthe increasing inability among students to identify and use correct grammar, and smartphones may be singlehandedly destroying modern interpersonal communication.Studies have shown they can help people avoid situations they don’t feel like dealing with. A set of studies published in the Journal of Social and Personal Relationships found that simply having a phone nearby, without even checking it, could have negative effects on closeness, connection, and conversation quality, while a 2013 study published in the journal Psychological Science found that the more often we avoid or ignore our ability to truly connect with others, the greater our chance of losing the ability entirely.

From a psychotherapy standpoint, of course, therapy-by-text is missing some pretty key elements of, er, therapy. There’s no conversation; there’s a chat. One very important aspect of traditional, face to face therapy is that it allows professionals to try to understand a patient using resources other than the words he or she chooses to use. Let’s not forget: It’s easy to misunderstand texts received. It’s easy to manipulate texts sent.

Many people who need therapy the most will avoid it if they can. Whether or not a patient would benefit from, or be harmed by, on-demand therapy seems, at least to me, a judgment call best made by a therapist, after meeting the patient—and not necessarily by the patient himself. In addition, eliminating the need to go through the steps required to see a therapist in person—booking the appointment, getting to the appointment—removes from the therapist-patient relationship a sense of accountability. In traditional therapy, if you don’t show up to an appointment, there are consequences. If you don’t text back, well, then what? Meanwhile, the ability to text whenever—at 2 a.m., on a Sunday morning—also encourages an unhealthy destruction of boundaries (which, of course, is the internet’s raison d’être), and of the respect that can be critical in helping a therapist establish trust with his or her patient. Therapy by text isn’t therapy on demand; it’s attention on demand.

Far more than a real desire to get more people the help they need, text therapy seems to be simply the latest way to monetize our phone obsession, which, of course, will only make things worse. Access doesn’t equal accountability. Giving someone the technology to get therapy doesn’t mean they’ll get anything out of it. Therapy by text might be easy. It might be efficient. It might satisfy our ever-growing need for instant answers to our every question. And it might eliminate the need to shop around to find someone you really connect with. But that, of course, is because you’re not really connecting at all. 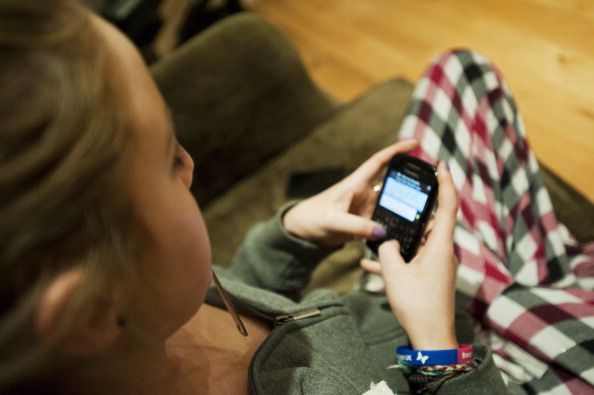