Wire‘s new album is as good as anything they’ve ever done, and this is a band that has made some of the greatest albums of all time. How many legacy bands can you say that about?

Wire is a genre unto itself. They seem to have virtually trademarked a quality of luxurious friction that integrates the cinematics of ambient music with the tension of punk, and it’s on full display on their 14th studio album, Wire, a resonant, chiming, sighing, churning, supple, taut, luxurious, melodic, and rewarding validation of their musical philosophy.

Proclaiming that Wire today are as good—or better­—then ever is a pretty fierce statement, because their earlier work is singularly superlative. Between 1977 and 1980, Wire released three consecutive essential and near-flawless albums (Pink Flag, Chairs Missing and 154). Additionally, each album was a logical but dramatic progression on the one before it: from the gobsmacking sun flares and extraordinary economy of Pink Flag, to the clenched melodicism of Chairs Missing, to the glacial, modernistic yet delicate pop of 154.

When you talk about that kind of diversity, constancy, and quality, you are talking about a band that are in a Beatles/Kinks/Who-type stratosphere.

Since 2011’s Red Bark Tree, Wire have quietly but persuasively been on another remarkable roll; Wire is the band’s third consecutive excellent album, and it follows 2013’s Change Becomes Us, the first of Wire’s post-reunion albums to be, without qualification, as good as the initial triad (after splitting in 1980 the band reunited in ’85 and, aside from a hiatus between ’92 and ’99, have recorded continuously since; I will confess that I found much of their work in the ‘90s and the ’00s intriguing but less satisfying, as the band experimented with open-ended minimalist techno-isms and more consciously experimental sonorities).

Wire’s new album takes as its starting point the intimate but majestic art pop the band pioneered on Chairs Missing and 154, and which they returned to in full force on Change Becomes Us. At times, it is almost indescribably beautiful (“High” and “Shifting” feature the most heartbreaking melodies I’ve heard since the Go-Betweens); and when the grace of Wire’s music is wedded to the band’s exceptional gift for creating condensed soundscapes (and that’s condensed as in perfect, not condensed as in abbreviated), the result is a resounding celebration of Wire’s originality and their ability to redefine art punk and art pop without ever resorting to formula or distracting the listener with conscious artsy-ness.

Another wildly unique quality evident on Wire is that no individual instrumental performances demand attention; the listener is only aware of an ensemble, a majestic, elegiac, unified whole (imagine an ecstatic and patient mixture of the Feelies and Tangerine Dream); never terse, never brittle, but absolutely streamlined, gliding with emotional impact but no physical resistance. And I would rate Colin Newman’s gentle, persuasive voice—especially when it is double-tracked—as one of the most eminently listenable and seductive voices of the last forty years.

Everything that was ever wonderful about Wire is on display on Wire, their best album since 1978’s Chairs Missing.

Now, here’s where we get both didactic and ecstatic, and climb on a soap-box, situated somehow in the Union Square of both 1979 and 2015: I had long thought that the Wire’s Flag/Chairs/154 triad was historic, since rarely in the arc of rock history can we find a three-peat of that extraordinary quality; but considering the tear Wire are on now—another three consecutive fantastic albums, each different and each better than the one before it—they are making a very strong case for being considered one of the best bands of all time. 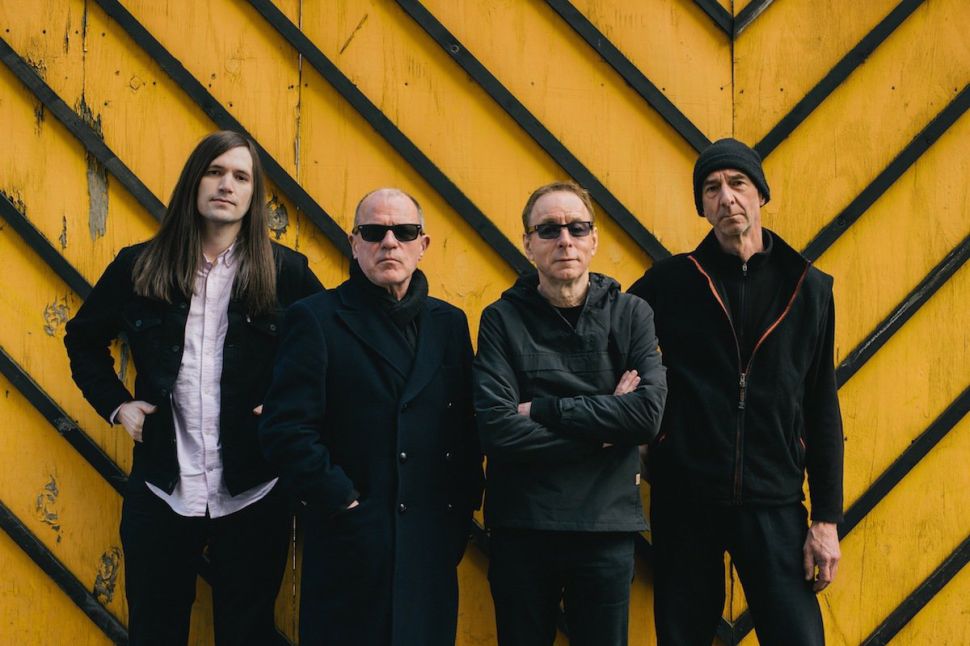