Yesterday, Spotify announced that it’s adding podcasts to the music mix, among a number of other scattered attempts to incorporate fitness, video and new original content. WNYC, the most listened to public radio station in the country—and mother ship for podcasts like Radiolab, Studio 360 and Freakonomics–in particular hopes to increase its subscriber list by working with Spotify.

Manoush Zomorodi, host and managing editor of WNYC’s New Tech City podcast, told the Observer that the partnership of old media and tech—call it “Old Radio” and “New Radio”—will help to broaden the listener base.

“It’s an incredibly exciting opportunity to get our podcasts in front of a different audience,” Ms. Zomorodi said. “People are listening on different platforms, and it’s only good news to be on as many platforms as possible.”

Ms. Zomorodi said that her podcast in particular, which explains new developments in technology using easy-to-understand language, would benefit from being added into a giant music library with 60 million listeners.

“Our emphasis is on the human side of technology, and finding balance in the digital age,” Ms. Zomorodi said. “We’re rebranding the show because we think eventually everybody will be a podcast listener.”

“We’re a nonprofit, and I have to find ways for us to sustain our reach as an ongoing entity,” Mr. Chao said. “It’s a trial and we’ll see how it works, and we’re excited to work on ongoing endeavors if this works out for us.”

Not everyone in the New York media world was so impressed with the Spotify-podcast partnership. Marco Arment, an investor in Gimlet Media, a network of podcasts about podcasts which has worked with WNYC, tweeted that he had seen it all before:

For those asking, I have no opinion yet on Spotify including podcasts. It’s not really a first — Deezer bought Stitcher to do exactly this. 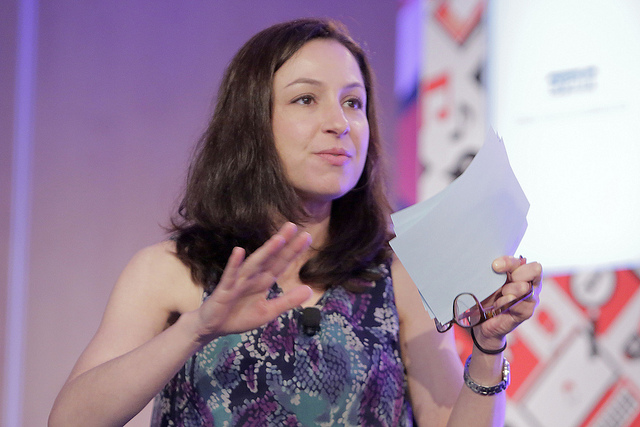