Look. I know you all want to be Don Draper. But Don Draper no longer exists. And that’s a good thing.

Rather than chasing one big idea and putting all our eggs into one basket around a single campaign or piece of content, it is best to refine an idea over time. This is something many of the most successful YouTube creators have done – uploading, creating and refining their content and ideas week after week. This is why there isn’t a single brand whose channel is in the top 100 most subscribed channels on YouTube.

That was the message that John Green, YouTuber, author, and founder of Vidcon, made abundantly clear when he addressed thousands of advertisers last week at YouTube’s brandcast.

Each year, thousands of brands and agencies descend upon the advertising capital of the world to get wooed by digital media companies competing to get brands’ to ad dollars.

YouTube’s brandcast is among the largest events at the New Fronts, and Mr. Green’s tough love speech should serve as a wake up call for advertisers . Advertisers need to hear that what many YouTubers have created is so valuable that they don’t really need advertising anymore.

Fans love what YouTubers are making. YouTube creators have turned to merchandise, book deals, movie deals, music, and countless other revenue streams.  As a result of their rabid fan bases they’ve been wildly successful – with fans pushing albums to number one  in iTunes, number one  in Box Office, and even the onto The  New York Times Bestseller Lists.

But with advertising making up only 20 percent of what John Green and his co-creator/brother Hank are generating on YouTube each year, they, and countless other channels just like them have moved on.

We in advertising want to  impact culture. We all want to be Don Draper.

We want to play seduction, in the boardroom and with audiences and we want to be creators and see our ideas brought to life. We all believe we have the next ‘Just Do It’ and brilliant idea which could be a massive hit.

And as a result, many of us hold back or scoff at what YouTubers are creating. It’s not pretty, it’s not produced, its not brilliant advertising. But, in many ways, these guys are playing Don Draper to their audience every day. They know how to create and communicate with audiences to get a reaction and pull on the heartstrings. It’s rarely a pitch like Don Draper’s kodak carousel pitch, but then again what advertising today is?

How much time is left for advertisers to help brands make a meaningful connection with their customers before creators have become totally self-reliant?

There are countless creators to partner with –there are over 10,000 channels with at least 50,000 subscribers. That’s 10,000 Don Draper’s that brands and advertisers are missing out on. There are cable TV shows that don’t even get 50,000 viewers.

The top five most recognizable celebrities among teens today are YouTubers.

YouTube, and the creator on the platform, should be an advertiser’s dream come true – they wield audiences for a fraction of the cost of traditional media platforms. Advertisers need to learn from the creators: the way they test ideas, follow audience reactions daily, tweak their actions based on feedback from audiences while maintaining the core of their brand. We, in advertising, need to do the same, because this is what works today.

Brendan Gahan is a YouTube expert helping Fortune 500 brands with their YouTube influencer and community building campaigns. He was named Forbes 30 Under 30 in Marketing & Advertising and one of the 25 Top YouTube Business Power Players for 2013. 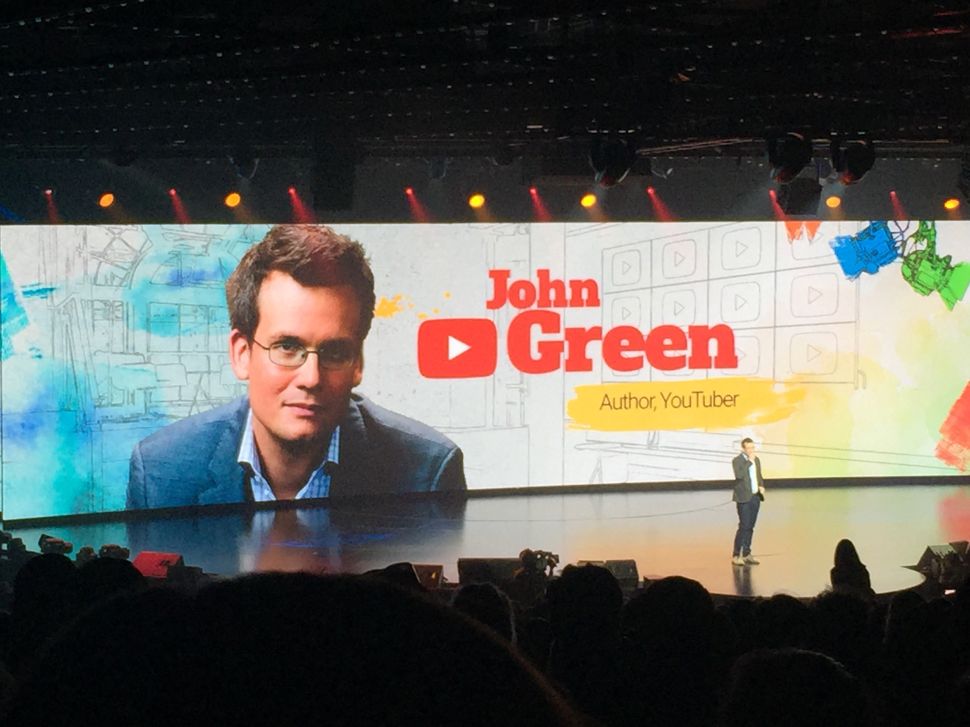