Event: “Museum Mile Festival” at Nine Museums on 5th Avenue
Culture blitz! The 37th Annual Museum Mile Festival closes down 30-odd blocks of upper Fifth Avenue to cars and opens the doors of nine museums, free, from the Metropolitan to the spectacular Neue Galerie on 86th all the way up to Africa Center. Starting at 6 p.m., and billed as “New York City’s Biggest Block Party,” the evening festival features arts activities and entertainment along the route—like the Calpulli Mexican Dance Company at El Museo del Barrio, Paul Miller aka DJ Spooky at the Jewish Museum, and, perhaps less compellingly, Silly Billy the Very Funny Clown at the Cooper Hewitt.
5th Avenue, between 82nd Street and 105th Street, 6-9 p.m.

Opening: “James ‘Son Ford’ Thomas: The Devil and his Blues” at 80WSE Gallery
James ‘Son Ford ‘ Thomas was a celebrated figure in the evolution of the Delta style of blues music, but the Mississippi artist also made sculptures—ranging from Delta wildlife animals to skulls related to the African-American folk religion known as hoodoo—throughout his adult life. The first major show of the blues musician’s sculpture since the artist’s death in 1993, “The Devil and his Blues” features 100 of his unfired clay objects, along with two documentary films on his work.
80WSE Gallery at NYU Steinhardt, 80 Washington Square East, New York, 6-8 p.m.

Screening/Talk: “Mike Builds a Shelter” at Light Industry
Could it be that long ago? The earliest video-game related artworks now date back over three decades. This evening’s screening and talk delves into the making and reconstruction of one of the earliest of them, Mike Builds a Shelter, that was made for artist Michael Smith’s fallout shelter installation at New York’s Castelli Graphics back in 1983. After the screening, Smith is joined by his original collaborators—computer graphics designer Dov Jacobson and Reza Keshavarz, who was a teenaged programmer—and Paul Slocum, who restored the work so that audiences can once again interact with the game. Very cool.
Light Industry, 155 Freeman Street, New York, 7:30 p.m., $7, tickets available at the door

Performance: Cowboy Mouth: Young Artists at the Hotel Chelsea
Way back in 1971, Sam Shepard and Patti Smith were lovers, and collaborators, penning the piece Cowboy Mouth from Smith’s hotel room at the legendary Chelsea. It’s performed here as the center of a 10-day festival of art and music featuring almost impossibly good-looking young artists and musicians. A piece by Rachel Libeskind entitled The Traveling Bag is another highlight of the fest. This opening night is invitation-only, and the 11th is a $275-per-ticket benefit, but $40 tickets for Cowboy Mouth are available throughout the run.
Hotel Chelsea Storefront Gallery, 222 West 23rd Street, New York, 8 p.m.

Opening: “Albert Oehlen: Home and Garden” at the New Museum
The first New York museum exhibition of the prodigious German painter Albert Oehlen, “Home and Garden” offers an overview of the celebrated artist’s work—ranging from 1980s’ self-portraits and computer paintings from the 1990s to more recent works abstracting appropriated advertising imagery. A student of Sigmar Polke and part of a circle of artists (Werner Büttner, Georg Herold, and Martin Kippenberger) influenced by the painter Jörg Immendorff, Oehlen has played a significant role in the return of painting after the domination of conceptual art in the 1970s.
New Museum, 235 Bowery, New York, 11 a.m.-6 p.m., free with museum admission

Opening: “Kaws: Along The Way” at the Brooklyn Museum
Some people get a gold watch when they retire. But, this week, the Brooklyn Museum installs a pair of Kaws’s awesome “companion” figures in the lobby pavilion. They were a gift to the museum in honor of departing director of 17 years Arnold Lehman. Carved in wood and standing 18 feet high, the companions are based on Disney’s famous cartoon character Mickey Mouse, altered by the artist in ways that include his signature X eyes.
Brooklyn Museum, 200 Eastern Parkway, Brooklyn, 11 a.m.-6 p.m., free with museum admission

Opening: “Philippe Parreno: “H {N)Y P N(Y} OSIS” at Park Avenue Armory
This is a biggie, in more than one sense of that word. French artist Philippe Parreno transforms the massive Park Avenue Armory with its 55,000 square-foot drill hall into an immersive, walk-in environment complete with sound and light installations, video projections and performances that will change throughout the cycle of the spectacle, his largest installation in the U.S. to date. An important European artist that has been under-known here, Parreno gets a little help on this project from powerful friends, including curators Hans-Ulrich Obrist, Alex Poots, and Tom Eccles and fellow artist Tino Sehgal.
Park Avenue Armory, 643 Park Avenue, New York, 12-8 p.m., $15

Screening: “Haluk Akakçe: Video Works: 2002-2007” at Richard Taittinger Gallery
To Vegas by way of Istanbul? Visionary Turkish artist Haluk Akakçe is perhaps best known for his 2006 collaboration with Creative Time that plunged Istanbul’s downtown into darkness then lit up its Fremont Street Canopy with his electronic art. Here, as part of a broader exhibition of his work, he presents a selection of his early single channel films, made between 2000 and 2007. Director of Contemporary Art at Sotheby’s Institute of Art and friend Kathy Battista introduces the 55-minute screening, which will be repeated at 7:30 p.m to accommodate more viewers.
Richard Taittinger Gallery, 154 Ludlow Street, New York, two screenings: 6:30 and 7:30 p.m. 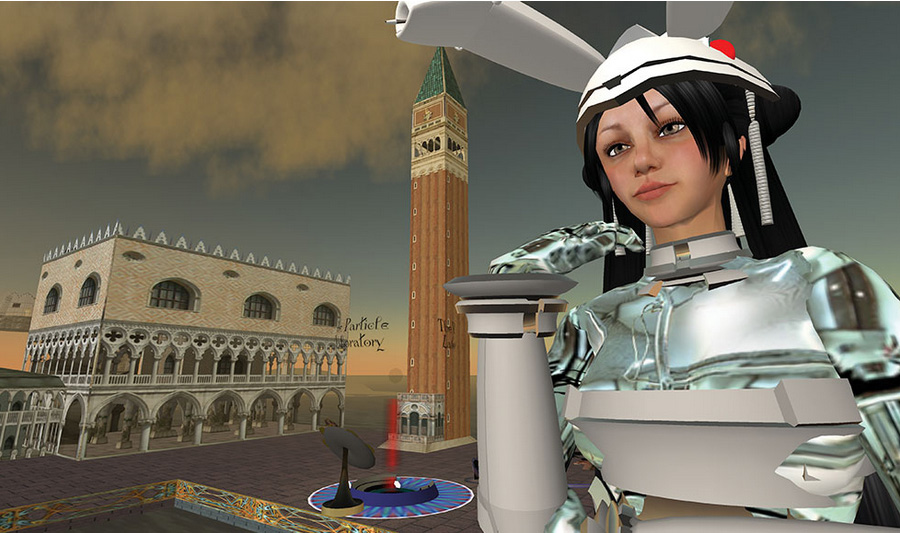