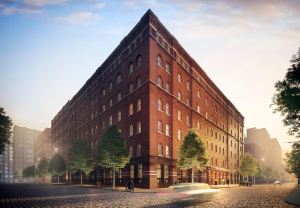 Richard Cantor, a principal at Cantor-Pecorella, was expecting a bit of an older crowd at 443 Greenwich Street, a Tribeca condo conversion made from the bones of a stately brick book bindery dating to 1882, for which his firm is handling sales. After all, the building’s prices–$2.995 million for a two bedroom on the first floor; $51.5 million for the queen-bee penthouse–are not what we generally associate with starter homes.

And although he’s seen some empty nesters buying there, migrating back from the suburbs to participate in what Mr. Cantor termed the “sturm and drang” of big city life, he’s also noted a healthy stream of precocious high rollers in their mid-30s from the entertainment, tech and financial industries. (For the record, the only “sturm” or “drang” we’ve lately observed in the neighborhood seems to be the combined product of luxury construction and the diesel convoys bearing Amazon Prime deliveries and grass-fed beef that frequent the cobblestones.) 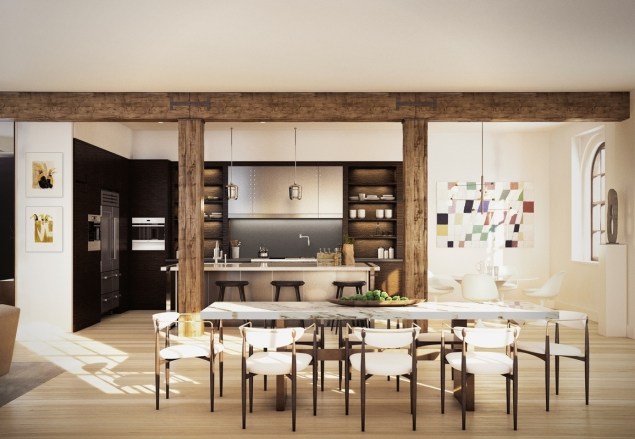 You can’t get these things anymore.

Mr. Cantor did not reveal the age of the buyer of unit 2D–a three-bedroom, 4,582 square-foot affair that recently went into contract for the asking price of $13 million–but he seems to be neither an empty nester, nor a first-time buyer. A financial executive of European extraction, he’s also apparently a fellow apt to change his mind. The man, whom Mr. Cantor declined to name, first sprang for a smaller three-bedroom, but then decided–within a span of two months and entirely on the basis of floor plans; the building remains under construction–that he’d rather have something more generous, profitably reselling his “old” place for $8.8 million.

A duplex extending from the second to the third floor, 2D, like most of the other units in the building, which is now just under 50 percent sold, benefits from the structure’s beautiful old arched windows–triple-insulated for sound proofing. Among other salvaged elements are exposed beams and cross pieces 16 inches square and made of solid pine, which are more than sufficient, Mr. Cantor said, to the task of supporting thick new floors: “These things are so strong; they’re slower to burn than steel. We’re talking about the 19th century, when there were forests all over the United States. You can’t get these things anymore.” 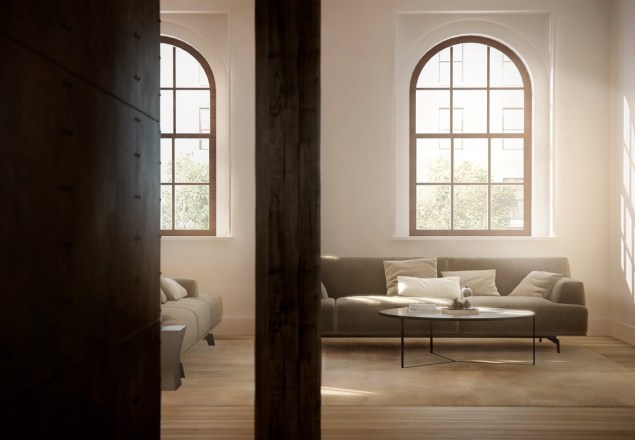 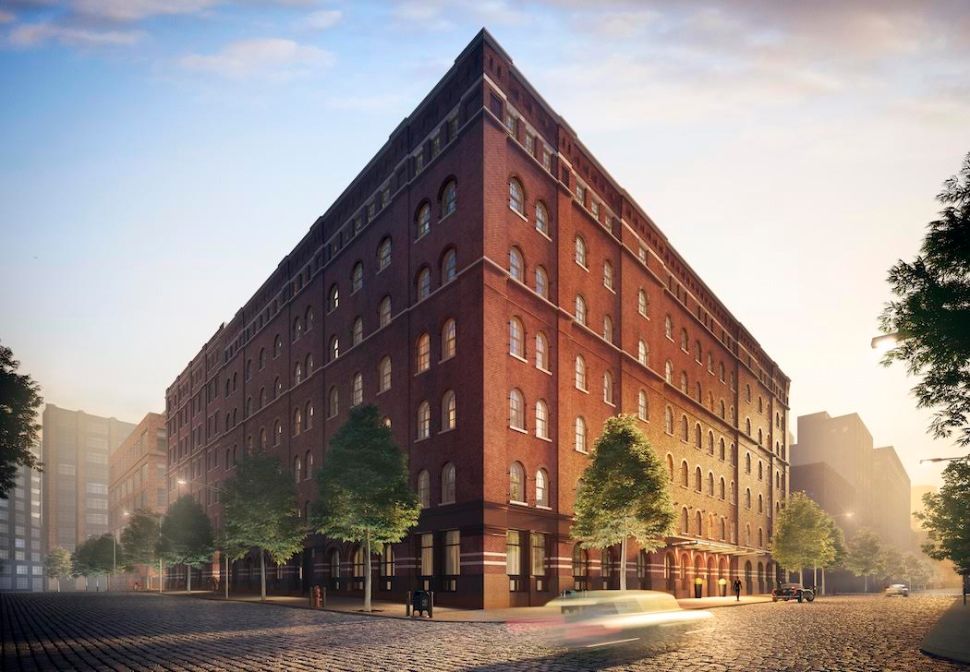