One of the first and most recognizable commercial 3D printing companies is after the global market.

MakerBot announced their expansion to the Asia Pacific today along with a partnership with Stratasys, who will be key to gaining influence in the eastern countries.

Stratasys, a leading global provider of 3D printing and additive manufacturing solutions, has 10 offices to serve its customers in the region, including their Asia Pacific headquarters in Hong Kong as well as offices in Shanghai, Beijing, Shenzhen, Tokyo, Osaka, Seoul, Busan, Singapore and Bangalore. MakerBot APJ, the new division, aims to leverage on this existing infrastructure to strengthen local operations and expand availability the of its products.

“Asia is an important market for desktop 3D printing with great opportunities in verticals that are a strategic priority,” Jonathan Jaglom, CEO of MakerBot, said in a press release.

The technology has already proven to make a real difference in Asia. Last year, WinSun, a private Chinese firm, used 3D-printers to build 10 full-sized, single story houses in a single day. Each home cost only $5,000 or less to build, leading many to view 3D printing as a viable option for solving affordability problems in manufacturing both small and large.

The affordability of MakerBot and other popular 3D printing companies (whose printers run for thousands each) for average consumers, however, is being challenged. Tiko, the first ever unibody 3D printer, costs only $179 and just took Kickstarter by storm, having raised more than $3 million in pledges. In an interview with the Observer, founder and CEO Matt Gajkowski explained how Tiko’s unique design is actually essential to its affordability.

Both Tiko and MakerBot agree that 3D printers will be soon be household appliances as common as microwaves, vacuums and well, regular printers. When we last spoke with the folks at MakerBot, they even agreed that certain design and affordability standards need to be met first.

Right now, 3D printers are still just for fun for many of us. 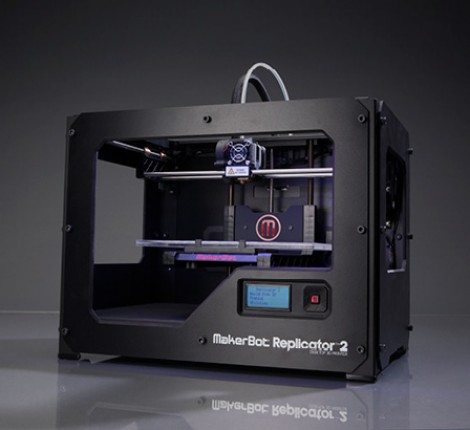