Go ahead, watch the Pirates of the Caribbean films, dig Johnny Depp’s Keith Richard impression, watch all the guys go “Arrgh!” You still won’t know a thing about how pirates really operated. Real pirates were better than in movies, more daring and terrifying and cunning than any screenwriter could imagine. They operated during the Golden Age of Piracy, from 1650 to 1720. You want to meet them? Here are seven things you never knew about pirates.

#1 – Pirates had a stronghold in the “Wickedest City on Earth”

Port Royal, Jamaica, was built for pirates. The town had a well-protected harbor, corrupt politicians and townsfolk, and a set of ethics that seemed passed down from Sodom and Gomorrah. Pockets bulging with stolen treasure, a pirate could buy anything on Port Royal’s crooked, wharf-side streets, but what he bought was almost always women and booze.

At one point, one of every four buildings in Port Royal was either a whorehouse or drinking establishment. In a town of fewer than three thousand inhabitants, one brothel alone employed twenty-three prostitutes. One of them, Mary Carleton, was said to be “as common as a barber’s chair: no sooner was one out but another one was in.”

Pirate cash didn’t last long in Port Royal. According to one historian of the time, “Wine and women drained their wealth to such a degree that, in a little time, some of them became reduced to beggary. They have been known to spend 2 or 3,000 pieces of eight in one night and one gave a strumpet 500 to see her naked.”

The pirates drank like frat boys, and they wanted you to join in. Often, they’d buy a 105-gallon container of wine, put it in the street, and force passersby to imbibe. Even their parrots drank. One visitor described a scene in which the parrots of Port Royal “gather to drink from the large stocks of ale with just as much alacrity as the drunks that frequent the taverns that serve it.”

Honest men were helpless in Port Royal. One clergyman wrote: “This town is the Sodom of the new World and since the majority of its population consists of pirates, cut-throats, whores and some of the vilest persons in the whole of the world, I felt my permanence there was of no use.”

That man left. But the pirates stayed.

Forcing a man to walk the plank required more effort–and drama—than was necessary. To kill someone, it was easier for the pirates to hack him with a sword or shoot him with a pistol, then throw his body overboard–no muss, no fuss, no bother. In the world of pirates, simple almost always worked better.

Most of the pirate dialogue you know comes from movies. The real stuff they said was better, especially the cursing. Here are some “vile oaths” you might have heard if you’d crossed a Golden Age pirate:

-Eat what falls from my tail!

-I’ll cut you in pound pieces!

-I come from hell and I’ll carry you there presently!

#4 – Pirate crews included blacks, Jews, Indians, and other minorities – but no women

If you could help pirates steal you could join their crews. Women, however, were not welcome–they were considered major distractions by pirates, and a common penalty for secreting one aboard was death. (There were a few women pirates, but they were very rare–just four or five are known to have worked during the Golden Age.)

Piracy was risky business and injuries were commonplace; a single lost limb or gouged-out eye could end a pirate’s career. To encourage pirates not to hesitate in battle–and out of a sense of fairness–many pirate crews compensated wounded crewmen in predetermined amounts. On one pirate ship, here was the breakdown:

-Lost eye (either one) 100 pieces of silver or one slave

-Lost finger 100 pieces of silver or one slave

-Internal injury up to 500 pieces of silver or five slaves

(There are no records of whether pirates preferred losing right-side limbs in order to earn the extra 100 pieces of silver and one slave.)

Golden Age pirates knew how to bring the pain. To convince a merchant captain to surrender, they might squeeze his eyes from their sockets, roast him on a baking stone, tie a rope so tight around his head his eyes would bulge out, slice off his nose. If that didn’t do the trick, they might cut out and eat his still-beating heart.

But they didn’t want to.

Violence, as it is for the mafia and most other criminal organizations, was bad for pirate business. By doing battle with prey, pirates risked damage to their own ships and injury to their crews. It also made them bigger targets for law enforcement. Much better, most pirates knew, to convince a target to give up peacefully–and even to join their ranks–than to spill blood at sea. When violence was necessary, however, they could deliver it in terrifying doses, not just to win the day, but to make this warning to others: don’t mess with pirates.

#7 – Pirate ships were some of the first democracies

A century before the concept took hold in America, pirate ships were democracies. Most captains were elected by crew and could be voted out anytime. Every man onboard was entitled to an equal share of food, liquor, and other provisions. Captains often earned no more than two or three times that of the lowliest deckhand and rarely got a cabin to themselves.

Most of all, pirates voted.

They voted on what to steal, where to sail, whether to maroon or shoot traitors, how to reward bravery in battle, whether to join forces with another ship, what to do with prisoners, when it was time to disband. And every man’s vote carried equal weight. If a pirate didn’t like it, he could leave. And if the captain didn’t like it? His crew could outvote him, then give him these parting words:

“Eat what falls from my tail!”

Robert Kurson is a writer and the author of the 2004 bestselling book, Shadow Divers, the true story of two Americans who discover a World War II German U-boat sunk 60 miles off the coast of New Jersey. His latest book, Pirate Hunters, is about two men who risk everything to find the Golden Fleece, the ship of the infamous pirate Joseph Bannister. His stories have appeared in Rolling Stone, The New York Times Magazine, and other publications. He lives in Chicago.

Disclosure: Robert Kurson is the brother of the editor of Observer.com. “Arrgh” and “Shiver me timbers.” 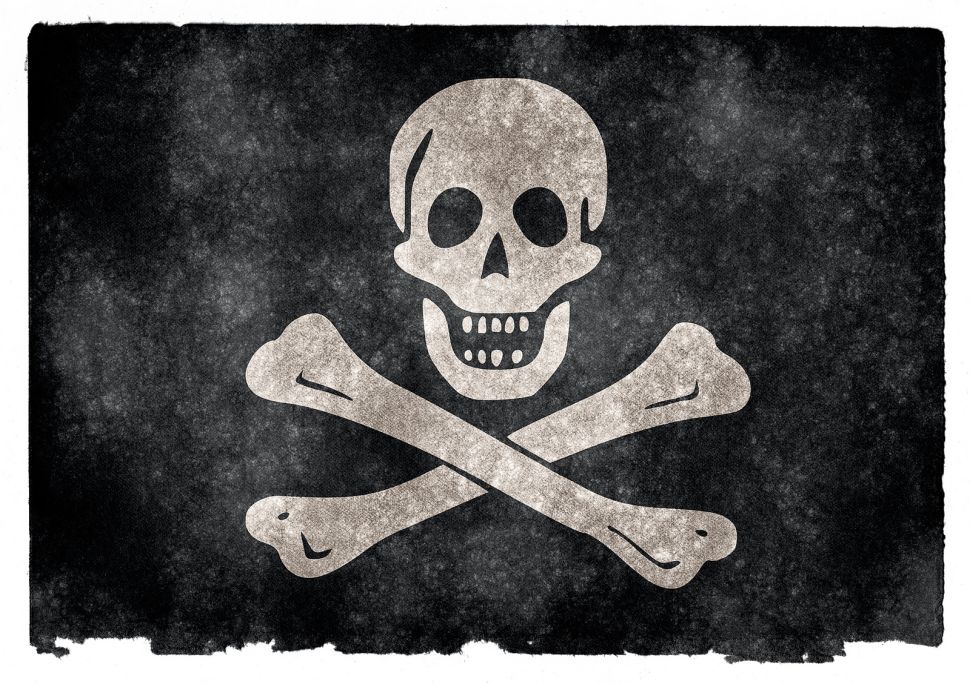