I grew up in Conception Junction, Missouri — a town of 200 people. Sounds pretty quaint, but my upbringing was a rollercoaster that lead me to 5 years in the US Navy Seabees as a Construction Mechanic. My experience included service in Afghanistan from June ’10 — March ’11. While there, I found that, when I wasn’t on security watch or otherwise anxious about our base being attacked, I actually had a relatively fair amount of free time. We could do (almost) whatever we wanted. You could call home or workout and some people played video games. I began to do something unfathomable … create a startup.

I setup the wi-fi access for the Seabee side of the base with a couple of engineering friends. The Army side had wi-fi access for a while, but not the Seabees. Seabees are supposed to “Build and Fight” not surf the internet! Even so, I made it happen. Now online, other soldiers could Skype home and connect with their gaming communities (yeah, have fun with that). Almost feeling selfish, I used my new bandwidth to explore the inter-webs. I explored like Christopher Columbus looking for the New World.

That’s what I found after a couple of months of being obsessed with QR codes and building, now useless, WordPress websites. I found TechCrunch, VentureBeat, GigaOm, Mashable, and others. These publications were a window to my New World. They gave me insight into Silicon Valley — a place that growing up, I actually thought was filled with fields of Silicon. Now I know that’s not the actual case.

When I found these publications, I read many articles about how these new businesses called “startups” were getting “funding” from “angel investors” and “Venture Capitalists.” I had no clue what those terms meant. It all sparked something within me though; a passion for people brave enough to pursue entrepreneurship. I began using my ridiculous email address I created at 18 to sign up for these very early companies. I mean, I signed up for about 150 until I realized I was going a bit overboard and not remembering which ones I just gave my email address to. This was a problem for me. My solution? Creating a Tumblr account to keep track of the startups I just signed up for. This was the first iteration of StartupList. The basic premise (here’s my original post describing it) was to post a screenshot of the startup’s homepage, add a brief description and link to their site.

Armed with the marketing skills I’d learned from three months of working on WordPress projects, I started building an online presence for StartupList. I started with the purchase of the domain “startupli.st” on December 19, 2010. By this time I owned a few domain names, and was fully aware of the benefits of the .com TLD, but to this day, that URL is parked. The .st TLD has its challenges, as it represents Sao Tome and not all registrars sell it, but I found one that worked. I liked that the domain + TLD spells the name of the product.

Even with all of the excitement of starting the new blog (that included interviews with founders), this time was a bit rough time for me. I was still in Afghanistan with my day job as a diesel mechanic, working from 6:30 a.m. to ‘whenever the day’s mission was accomplished’ (generally) around 7pm, sometimes midnight. The pressure of the Navy obligations weighed on me more than ever. I was in the last year of my 5 year enlistment and unsure of what I wanted to do with my future. The Navy requires an enlisted person to sign a document giving up the option to re-enlist at a minimum of 6 months before the End of Active Obligated Service date. With no real goal of going to college, I decided to take a bet on pursuing my newly found passion of working on StartupList, and signed the document. Signing it was important for me psychologically because it was a tangible representation of my choice to pursue entrepreneurship as the next “chapter in my book of life.”

Over the past 4 years, I’ve started organizations, learned a lot, and kept StartupList alive.

June 2014—With no full-time job, I needed a way to generate income to live. StartupList was around, but I wasn’t actively updating it since I didn’t have the resources for a team and was working full-time at Advsor. Now, with plenty of time and a need to make money, I began focusing on StartupList again. Equipped with experience running sales and business development for a company, I figured out how to monetize it. I was able to make enough money to pay the bills and stay in the Bay Area thanks to paid submissions and newsletter sponsors. It was exciting to come full-circle after 3 years to working on StartupList full-time. I’ll admit that I wasn’t working on it as hard as I did in Afghanistan, but still, it was enough to keep the lights on.

Even though things were picking up on the site, I wasn’t sure what my next steps were. So…I DM’d @DanielleMorrill. We’d kept in touch since 2012, so it wasn’t completely odd that I reached out. What surprised me, was that within two minutes, she responded with the idea that StartupList and I could have a home at Mattermark.

Over the next couple of months, we began acquisition conversations, talked about Mattermark’s future, and how I’d fit in.

Once we agreed on the acquisition and employment terms, I eagerly (and very happily) started working at Mattermark on September 22, 2014. On my first day, Danielle had me fill out my benefits paperwork, then asked if I wanted to publish the Mattermark Daily. We had talked about me writing it in our prior conversations, but I wasn’t expecting to begin writing it on my first day. So, after spending a couple of hours scouring blogs and feeds, I published the Mattermark Daily.

Phew! I had “shipped something” on my first day #startuplife

It is nine months later and I’m happy to say I love working at Mattermark. It’s as exciting as you might guess if you follow @DanielleMorrill or @Mattermark on Twitter. We have an incredible team, supportive culture, impressive product, and a fun journey ahead. StartupList will continue to live on as a standalone product, still managed and curated by me. Thankfully, the Mattermark office is a lot different than a tent! We will work on new features, integrating with Mattermark’s API, and be a resource for early adopters to discover new startups. It feels good to have come this far.

This is the first in a series of posts I’ll write to detail my path of discovering and diving head first into entrepreneurship. For the sake of time and the length of this post, here’s an overview of how I built StartupList, a few events since 2011, and why I joined Mattermark. Stay tuned…

Nick Frost is the Business Development Manager at @Mattermark and the editor & curator of the @MattermarkDaily newsletter. He’s also the founder of @StartupList and a Navy Veteran. 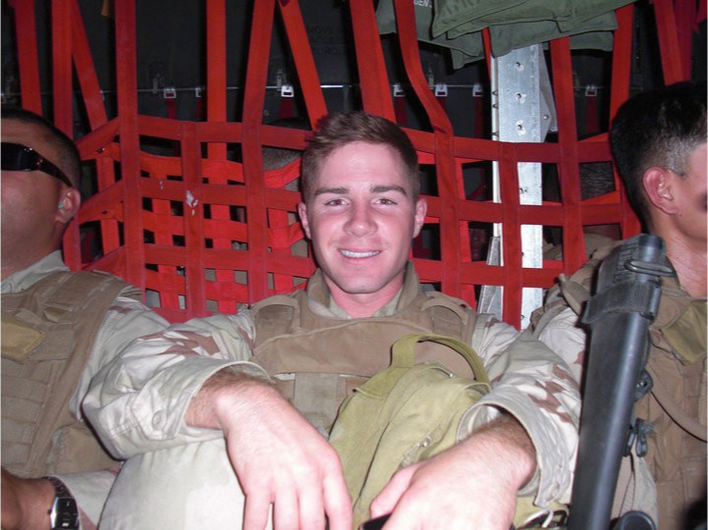