In a country where criminal defendants are innocent until proven guilty, Kalief Browder spent three years in jail awaiting trial on charges of stealing a backpack when he was 16, because he couldn’t afford bail. The charges were eventually dismissed and Browder, who was never convicted of anything but had served a lengthy sentence, was released. Earlier this month, he hanged himself.

If that story doesn’t prompt the state to overhaul its bail system, advocates and legal professionals told the Observer, they don’t know what will.

“It’s so obvious that our bail system—excuse the expression—is totally ass-backwards in every respect,” New York State Chief Judge Jonathan Lippman said in a telephone interview.

Judge Lippman has been beating that drum for years—“crying in the wilderness,” as he put it—calling for reform of the state’s bail system in his State of the Judiciary address in early 2013. Albany has yet to act on Judge Lippman’s suggestions, and the State Legislature’s term has ended once again—though lawmakers are scrambling to deal with other issues in a special session—without action.

“It is terribly frustrating to me. I do know, and maybe it’s only as a result of the latest tragedy, the subject has come up in Albany,” Judge Lippman said. “But do I think anything’s going to happen during this session? No, I don’t.”

Bail is not designed to punish someone, as those subject to bail have not yet been convicted—the only goal of it, under New York law, is to ensure a criminal defendant appears in court. Unlike the vast majority of states, New York does not allow a judge to take into account whether a defendant is dangerous, something Judge Lippman deemed “ridiculous” and said leaves room for some dangerous offenders with cash to go free while poor, nonviolent defendants languish in jail. Judge Lippman, and others, are pushing to change to that—and see momentum in the wake of tragedy.

“You have people who can’t make $500 bail who end up rotting in jails or prison, losing their jobs, being separated from their families, while they are absolutely no threat to anyone. There’s absolutely no good explanation for it,” Judge Lippman said. “In every way we’re behind the times, and why shouldn’t New York be leading the criminal justice reform in pre-trial justice, instead of lagging so far behind?”

Browder was held at Rikers Island so long because his family could not afford the $3,000 bail that had been set for his release. He repeatedly refused to take plea deals, insisting he was innocent. He endured beatings and more than a year spent in solitary confinement before Bronx prosecutors eventually dropped the charges after losing track of their only witness.

“Someone can be fairly low-risk and accused of a fairly low crime, but bail is set, they set what they believe to be a low bail—but if you don’t have any money, a low bail is as good as no bail,” Nancy Fishman, project director of the Center on Sentencing and Corrections at the Vera Institute for Justice, told the Observer.

Bail bonds businesses are unlikely to help someone post a low bail, since the businesses make their profits by taking a percentage—and there’s little for them to earn with lower amounts, Judge Lippman noted. He’s proposed changing the state law to hold only those people considered a danger to the community or who are unlikely to return to court, with room for monitoring some defendants.

Locally, the City Council is set to hold a hearing tomorrow on the subject, and among proposals they’re considering is the creation of a $1.4 million bail fund that would bail out certain nonviolent defendants.

“The city deserves a bail system that makes sure that people return to their court appearances, keeps us safe, doesn’t punish people for being poor, isn’t racially discriminatory, doesn’t distort outcomes in cases, and is efficient,”Councilman Rory Lancman, chair of the courts and legal services committee, said. “And if you look at each of those categories, if you will, there’s a lot of room for improvement.”

Mr. Lancman said the issue needs to be tackled by “a mix of the city, the state and the courts.” The city could change the way it conducts interviews for bail through the Criminal Justice Agency, funded and contracted by the city, in order to give judges better information about defendants, he said. Courts can improve the way judges are applying the existing laws, and defense counsel can do more to advocate for flexible bail terms.

The bail fund, proposed by Council Speaker Melissa Mark-Viverito, is modeled off the Bronx Freedom Fund, managed by the Bronx Defenders, a legal services organization. The fund has helped 230 people who are charged with a misdemeanor and had bail set at $2,000 or less, its director Alyssa Work told the Observer. So far, 97 percent of clients have returned to court, and Ms. Work said she believed it could work on a wider scale.

For their clients, being able to pay bail “means everything,” she said. It helps them hold on to their jobs, keeps them from being embroiled in child custody issues, keeps them in school or keeps them from losing a place in a city shelter.

“They get to fight their case—their attorney has a chance to investigate the strength of the charges against them, they’re not under sort of the extreme physical pressure of being incarcerated to plead guilty just to get out of there and go home,” Ms. Work said. “All of a sudden they have this world of options.”

Ms. Fishman, at Vera, said reforming bail would also drastically cut back the amount of money local governments are spending on jails, which see many more admissions annually than prisons and have become the “front door for mass incarceration.”

“The only reason they’re in [jail] is because they’re poor, basically. Because a person who had money and was accused of the same kind of a crime would be out on the street,” she said.

In New York City, only 14 percent of defendants are held on bail, according to the city. The vast majority of those charged with misdemeanors, 79 percent, are released without bail.

A period of pre-trial incarceration, even a brief one, can have a lasting impact. In addition to facing the problems Ms. Work cited, those detained pre-trial are more likely to be sentenced to prison time after conviction than those who were released pre-trial, according to another CJA report cited by Mr. Lancman’s office.

Still, some activists don’t believe a bail fund is the answer. Cherise Fanno Burdeen, executive director of the Pretrial Justice Institute, said her organization would urge the Council not to create a bail fund—calling it a Band-Aid.

“To quote my best friend Taylor Swift, ‘Band-Aids don’t fix bullet holes,’” Ms. Fanno Burdeen said. “If it was my son, I’d want a bail fund, if I was too poor to post [bail]. But as a long-term solution, I think it’s kind of like filling potholes instead of repaving the road.”

The Pretrial Justice Institute is instead pushing for broader bail reform—and an end to cash bail entirely, as has been done in places Washington, DC—employing mobile billboards asking Gov. Andrew Cuomo to take action and circulating a petition that has more than 30,000 signatures.

Judge Lippman said he would be meeting the City Council members to determine what could be done at the local level.

“I think we need to be creative,” Judge Lippman said. “Where there’s a lack of action, I think we have to look at every nook and cranny of power the local government has, the courts have.”

Mayor Bill de Blasio has yet to lend his support to the bail fund. But his Criminal Justice Director Elizabeth Glazer struck a skeptical note about the entire notion of money bail.

“Money bail is cause for concern. While most defendants in New York City are released at arraignment without bail, it is still unacceptable for the size of one’s bank account—and not the risk they pose—to determine whether an individual is in jail or with their family while waiting for trial,” Ms. Glazer said in a statement to the Observer.

Ms. Fishman said there’s little research showing that people who pay bail are any more likely to appear in court than those who do not. It’s an issue the Vera Institute first looked into 50 years ago, when it was founded and released a report called the Manhattan Bail Project—aimed at reducing pre-trial detention in Manhattan. People released through their pre-trial program had a better chance of returning to court than those who went through the regular bail system.

“We’ve taken to calling it fairly bittersweet that we’re once again, 50 years later, focused again on the novelty of bail reform. But I think there’s an opportunity now, and momentum,” she said. “I think we as a society, as a city, I think that we know that we can do much better than this.”

Judge Lippman said the state ought not wait to do better.

“Let’s not wait until another young person is left without a life before we act again. The only time that we focus on these things is when you have a terrible tragedy. That is just not the way that we should be as public officials conducting ourselves,” Judge Lippman said. “There is an urgency to do that before more people lose the lives and on top of it, on top of it, New York, the public safety is at risk.” 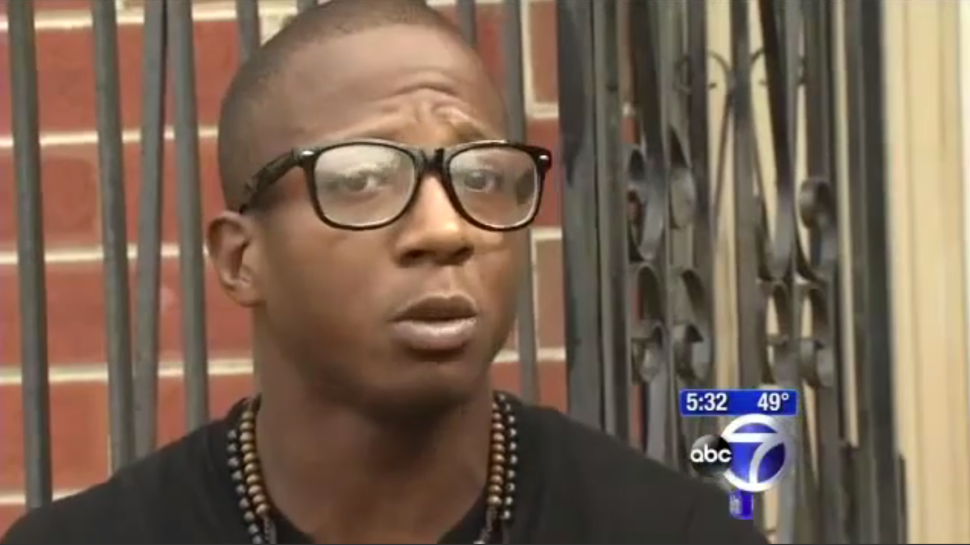