Taylor Swift, an artist known for using her songwriting skills to stick it to bullies and mean girls, took on music industry giant Apple with a Tumblr post—and won.

In an open letter titled “To Apple, Love Taylor”, Ms. Swift announced that she would not allow her latest album, 1989, to be included on Apple Music, Apple’s new music streaming service that’s set to launch June 30. Her boycott came in response to revelations that Apple did not plan to pay artists or labels royalties during a free three month trial period for Apple Music.

“We don’t ask you for free iPhones. Please don’t ask us to provide you with our music for no compensation” Ms. Swift wrote.

In response, less than 17 hours later, Apple’s senior vice president of Internet software and services Eddy Cue announced in a series of tweets that Apple had reconsidered:

Apple will always make sure that artist are paid #iTunes #AppleMusic

#AppleMusic will pay artist for streaming, even during customer’s free trial period

We hear you @taylorswift13 and indie artists. Love, Apple

Mr. Cue told Buzfeed that he personally called Ms. Swift to let her know that he heard her concerns and that Apple would be changing its policies.

Though Ms. Swift has not confirmed that her album 1989 will be made available on Apple music, her latest tweet seems to indicate that all is well:

I am elated and relieved. Thank you for your words of support today. They listened to us.

Ms. Swift published her letter after several independent record labels spoke out against the policy, fearing that artists and labels who released new albums during Apple’s trial period would lose out on profits because fewer people would be inclined to pay to download their music. Conscious that, as an artist whose net worth Forbes estimates to be $200 million, her complaints may come off as selfish, Ms. Swift emphasized that she was voicing her concern on behalf of up-and-coming artists.

“This is not about me. Thankfully I am on my fifth album and can support myself, my band, crew, and entire management team by playing live shows. This is about the new artist or band that has just released their first single and will not be paid for its success,”Ms. Swift wrote. “This is about the young songwriter who just got his or her first cut and thought that the royalties from that would get them out of debt. This is about the producer who works tirelessly to innovate and create, just like the innovators and creators at Apple are pioneering in their field…but will not get paid for a quarter of a year’s worth of plays on his or her songs.”

Mr. Cue told The New York Times that, to make up for not paying artists during the free trial period, it had been planning to pay a higher rate to artists when their music was streamed– 71.5 percent of sales, up from the 70 percent industry standard.  Apple has not confirmed how much it now plans to pay artists per stream during its free trial period and afterwards.

Ms. Swift’s latest scuffle with Apple is not her only confrontation with the music industry as streaming technology threatens to eclipse MP3 downloads.  Last summer, she published an op-ed in the Wall Street Journal about the future of the music industry and the importance of fairly compensating artists. That Fall, she pulled all of her music from Spotify.

If Apple does acquire the rights to stream Ms. Swift’s five best-selling albums, her cooperation would be a huge blow to Spotify, a current leader in the music streaming industry, since she still does not allow her songs to be streamed on Spotify.

Apple’s quick reversal may make the company seem sensitive to the plight of struggling artists. Or, at least, it shows Taylor Swift’s power. 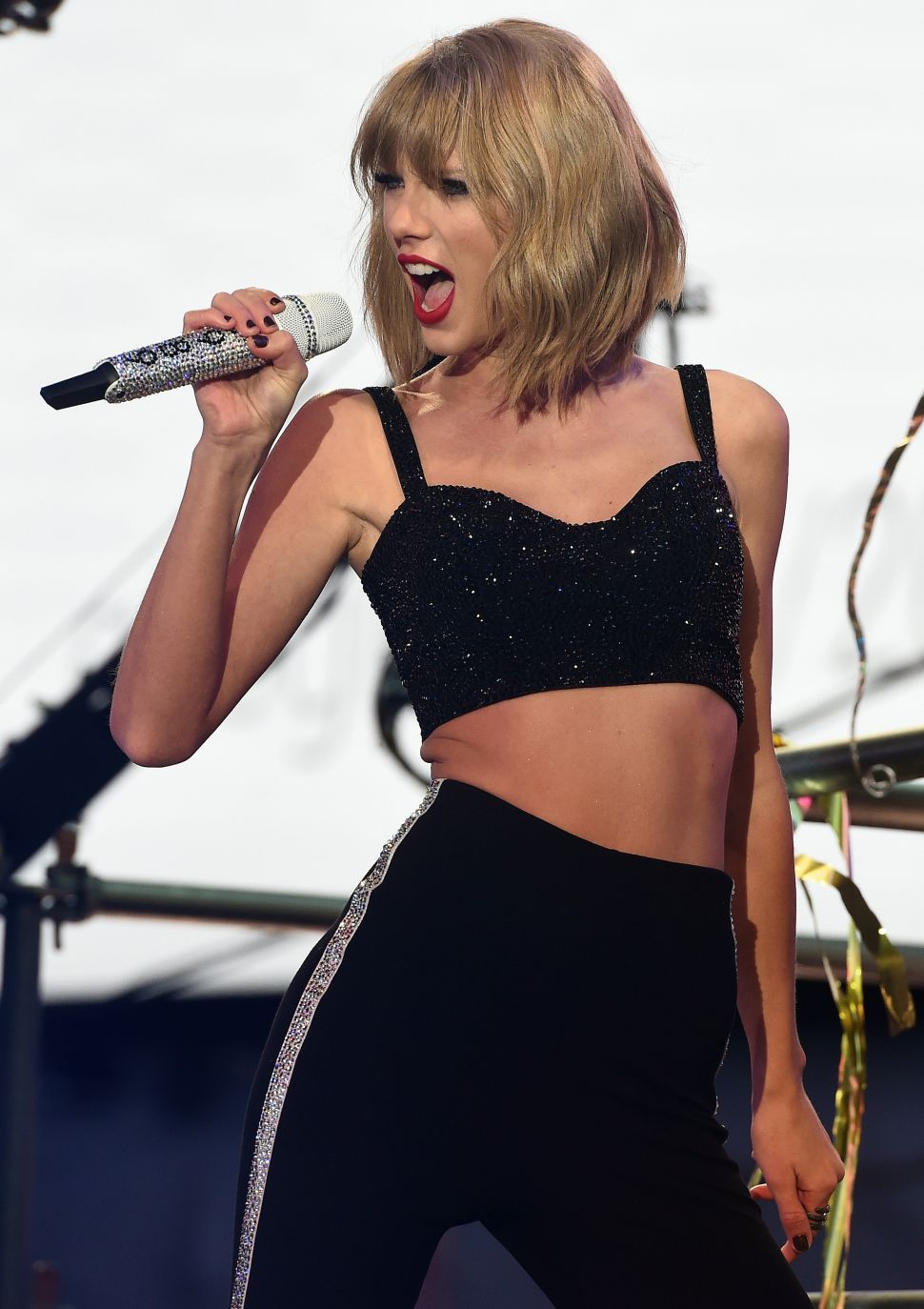