Elizabeth DuBois, declared anglophile and dedicated New Yorker, found, in 2013, that her loyalties were split. Having attended Barnard College prior to jet-setting to the U.K for the next five years, she was, of course, divided in her urban allegiances. With a long-standing love for New York as well as a recent devotion to London and her lifestyle there-in, she found herself in need of a way to find a home somewhere in between. That home is entitled Flat 128.

Flat 128, with the outer red brick facade characteristic of West Village townhouses, disguises itself as a home rather than a high-end boutique. Inside, the one-of-a-kind jewelry and carefully hung racks of clothing are arranged around a traditional marble fireplace, an armchair brought directly from Ms. DuBois’ London flat and a number of other pieces of antique furniture selectively purchased from various flea markets—all contributing to the fact that the shop resembles a flat more than it does a retail space.

The store itself is a carefully curated collection of pieces by independent U.K. designers, the majority of which have, at most, two to three reproductions. The flat surfaces of the shop are decorated with small glass cases sheltering an abundance of jewelry ranging from large, plastic costume pieces to delicate chains and pendants, in addition to a number of other trinkets and house-ware accessories.

“It’s important to me that I know my designers,” Ms. DuBois told the Observer from the burlap armchair in Flat 128. Having dealt directly with all of the producers and artists of her merchandise, she is prepared to explain to any customer who asks, where, exactly, the pieces have come from.

“And I love independent work – I prefer to support small designers.” Holding a belief in the quality and artistry best maintained by smaller, independent crafters, Elizabeth DuBois has accrued a collection of jewelry with a story that lays its roots in the U.K.

With a degree in contemporary art history, Ms. DuBois’s Flat 128 sometimes resembles a gallery more closely than it does a shop, with beautiful, almost untouchable display cases. The clothing items are few in number, but certainly not lacking in glamour and displayed sparingly around the shop. The book shelves and antique library cabinets are topped with a selection of small tins, trinkets and glass bottles, primarily vintage and all integrated into the aesthetic of the store. With everything from an exclusive braille copy of Playboy to cook books and playing cards, every shelf is intentionally arranged.

“I think you have to be pretty naive to do something like this,” Ms. Dubois explained as she recounted her initial return from Notting Hill and the start of her search for ideal real estate. “There’s definitely more to handle than I realized.”

Working with neither a team nor a business partner, she relied primarily on the support of private loans and a number of friends and designers back in London who were prepared to aid, however possible, in her ambitious business venture.

Ms. DuBois opened the doors of Flat 128 in September of 2013, just a few short months after her return to NYC the previous December. Relying largely on her extensive art history education and a close friend who works as an interior designer, she quickly made her vision for the home-turned-gallery-turned-boutique into a reality.

While living in London, following the completion of her Masters, Ms. DuBois worked at a general store that sat, quite literally, below her flat as well as working freelance for an artist in the city. All the while, as she interacted with various artists and saved what money she could, she was beginning her collection of independent jewelry and art pieces, soon to become the merchandise available at Flat 128.

As she looks to expand her Internet presence, both with online retail and with the lifestyle blog she currently maintains, she continues to do everything possible to improve and publicize the actual brick-and-mortar shop. “I love this space so much” she explained, underscored by the fact that she works nearly every day as a sales associate in her own establishment.

She has hosted book signings, many a trunk show and recently was the proud owner of the only available public bitcoin ATM in New York City. While this became too much to handle and the B.T.M was removed, it brought a number of people into the store (you can still purchase any and all Flat 128 products with bitcoin), and even without its presence, the shop’s loyal following continues to grow.

“Two years ago if you’d told me I’d have a store in the West Village,” Ms. DuBois said, looking proudly at the space around her, “I’d just laugh.” 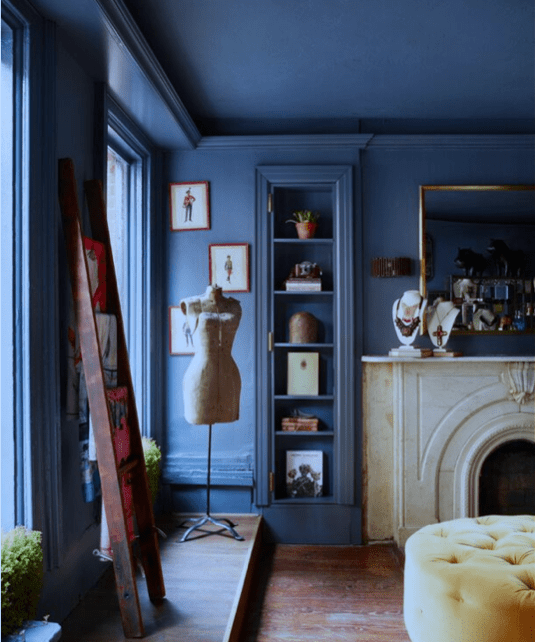