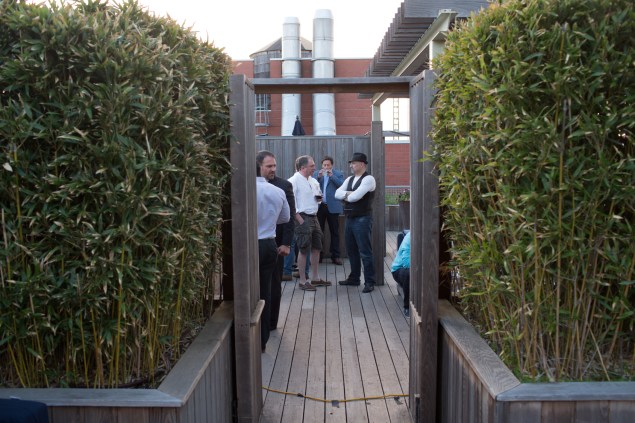 Guests at the Tate in Chelsea celebrate the launch of Rooftop Chef (Photo by Aaron Adler for New York Observer).

One night in early Spring last year, chef Francesco Coli had an epiphany. He and his girlfriend, Meg Siegel, were enjoying a romantic evening on the communal roof deck of the Tate, the Chelsea high-rise where they live. Mr. Coli, 39, was grilling langoustines and razor clams; next to him, a young couple munching on burgers and hot dogs eyed his meal enviously.

And that’s when it hit him. Sure, rooftop dining was swell—especially at the Tate, which, with its chaise lounges, barbecues, outdoor shower and 360-degree views of the Hudson resembles a cross between Love Boat’s Lido Deck and Melrose Place—but how much better would it be if someone with real culinary know-how was there to cook? Someone who could whip up a professional meal while residents kicked back and took in the views?

“Rooftops are the living room that everyone wishes they had,” said Bill Gillett, an entrepreneur from Dobbs Ferry, N.Y., who was there with his wife, Lyn-Genet Recitas, the best-selling author of The Plan. 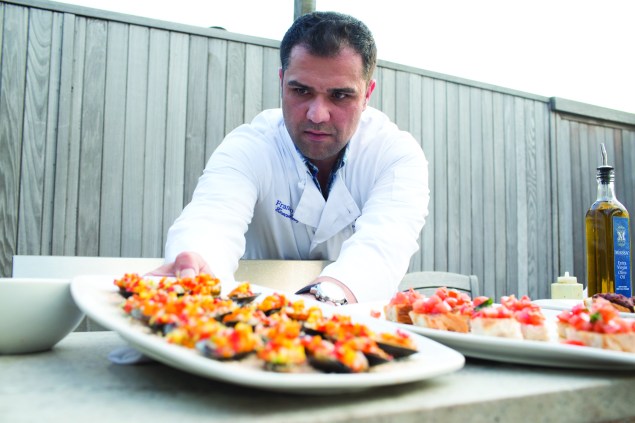 Mr. Coli was born in Puglia to a family of foodies. His father, Pasquale, a former chef on Italian ocean liners, opened the first white tablecloth restaurant in the area. The family moved to New York in 1980; after graduating from Pace University in 1998, the younger Mr. Coli considered law school but took a front-of-house job in Manhattan instead. After two years, he and his father started a restaurant in Larchmont, then opened Massa’ Italian Kitchen and Wine Bar, and then Massa’ Coastal Italian, an “ocean-to-table” restaurant. Although he is an institution in Westchester, Rooftop Chef marked his Manhattan debut.

In a separate area of the roof, a 30-something Tate resident who identified himself as Louis sat at a table. “Did you enjoy the food I grilled?” he said to Jim Dzurenda, another Tate dweller. “We had some prime ribs, shell steaks. I come up here every night to watch the sunset.”

When told about Mr. Coli’s nearby event, he smirked. “I shoulda fucking thought of it!” he said, palm smacking his forehead.

Louis looked momentarily forlorn. But then he brightened. The previous night he had brought a woman back to his apartment, and they had made their way to the roof. “She was into asphyxiation,” he explained. Their liaison has apparently been captured on video surveillance, and the doormen were ribbing him about his conquest that morning. He scanned the crowd. “If these people knew what I was doing last night,” he said, “they’d never want to sit up here.” 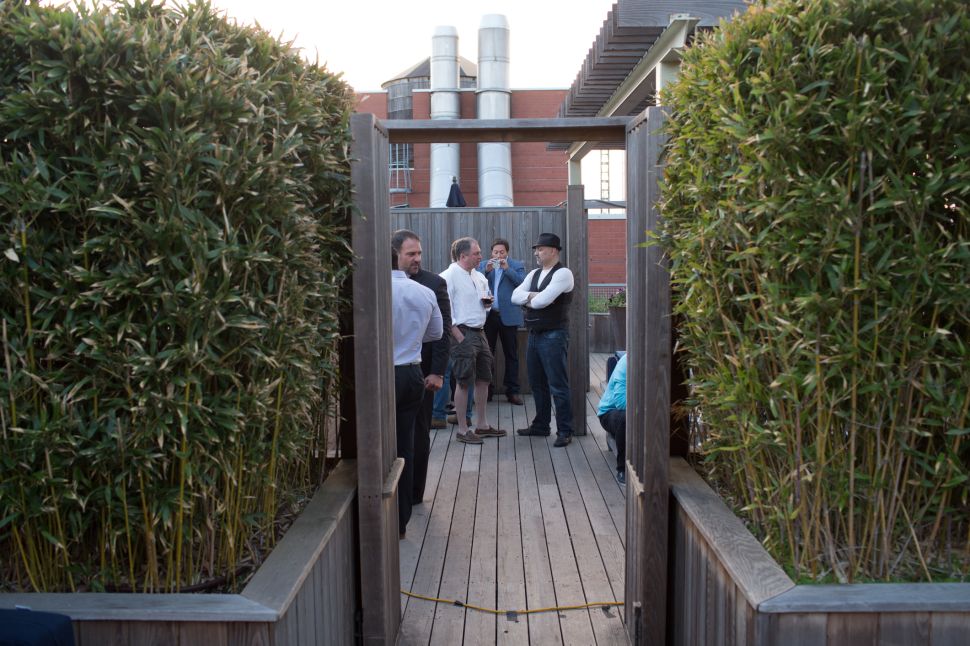