Splashed across the Interwebs you’ll find no shortage of stories about startups. Google this, Uber that. Gazillionaires here, Zuckerberg there. Enough stories to prove anyone has failed by not starting already.

With people everywhere coming to see the 9–5 world as the 6th circle of hell (right above centaurs, used car salesmen, telemarketers and Beliebers), it’s no wonder some who take the plunge do terribly annoying things in the name of success.

Let’s examine some of the most common infractions:

1. Telling everyone a competitor “stole” their idea

Reason: No one stole your idea. In fact, odds are that many have already had it. (China has 2,500 engineers for every ONE in the U.S. after all.)

And founders know this.

Write a detailed article on how they stole your idea. Make it > 3000 words and pitch it to every news outlet and blog imaginable. Scream your story from the rooftops.

…Hesitating? Then they didn’t steal your idea.

2. Believing Mark Cuban should invest in their company

Reason: Setting an unrealistic goal means you’ll never have to worry about achieving it. It’s the perfect out for when you give up.

Friends and family know little to nothing about the startup world. But they’ve probably heard of Mark Cuban. As far as they know, there’s only a handful of people like him that invest in small startups like theirs.

So when they don’t hit the VC lotto, and their startup fails, they save face. Because no one wants to be made fun of at the Thanksgiving table.

Asking celebrities to prom is so 2014. Throw a live stream on Periscope storming the court at a Mavs game to pitch your product. Cuban’s sure to want to talk valuations courtside.

3. Asking strangers to be their technical co-founder

Reason: The gold rush of 1849 brought 300,000+ people to California, including people of every possible background.

Today’s startup world is no different. Except if you don’t own your own axe then you better borrow someone else’s.

Many founders believe it doesn’t matter whose they borrow. The “idea” that’ll make them rich is bigger than the details.

So they post on Reddit. They chat at meetups. They even list Craigslist ads. All in search of a “tool” willing to give up the next 3 years of their life for 49% of the company.

You secretly think the founder who didn’t come up with the idea doesn’t deserve as much equity as you, right?

4. Claiming they just need a mentor to be successful

Reason: Few people want to tread new ground. The masses are made up of followers, after all.

But having a mentor, someone to tell you what to do, gives founders a security blanket. A person to help them succeed faster (and often at the mentor’s expense), or someone to conveniently blame when they fail.

How many times have you thought “If only [random rich person] would mentor me I’d be a millionaire. Nay, billionaire.”

5. Cold pitching anyone they can corner

Reason: Everyone craves validation, and an (occasional) ego stroke. Yes, some are genuine. Wanting feedback and asking the potential market questions to build amazing things.

But like the Wall Street investment banker or the D.C. lawyer, many founders have ulterior motives. They’re bursting at the seems not because of too many Red Bulls or soylent. They’re simply lying in wait for the conversation to finally brush against a specific topic. One where they can mention their idea and telegraph to everyone:

“I’m doing something special with my life. Praise me.”

Does your dog cover his ears when you practice your elevator pitch too?

6. Mass emailing journalists about a launch

Reason: People love to call this the “Spray and Pray” approach. I like to call it the DAD method: “Delusionally Assured Destruction.” Because founders love to hack this part of their business. Not realizing how much it resembles “DAD logic.”

Dad logic says you should use a remote truck to drive your kid around to fall asleep. Or give your kids (unplugged) video game controllers while you play by yourself. Or even make a ponytail with a scrunchie on the end of a vacuum hose.

They all sound good on paper. But really, Dad’s just lazy. And founders who blast a canned response are too.

If you could lie and tell a blogger a story that guaranteed 50,000,000 million page views, countless tweets and reaction articles, endless calls from investors, TV appearances, and rock star status (without getting caught)…would you do it?

Reason: Few people write. Even fewer do it well. And still fewer are founders who want to be counted among them. Many even fashioned their lives to avoid writing.

If countless books and blogs didn’t include “start a blog” on their How to Build An Internet Startup checklist, few founders would do it.

So instead it’s a chore. Something they do because the Braintrees and the Buffers, like grandparents of lore, did it first.

If I paid you $100 to NOT share your post with a million people, would you take the money?

8. Complaining that they’d do better on Shark Tank

In today’s reality TV landscape, do you expect less from founders who know they’ll never be on the show?

Have you secretly thought you’d make sure to cry if you got on Shark Tank?

9. Mocking people outside the startup world

Reason: Those with status, prestige, and reputation have riches that can’t be bought with money.

But those who’ve amassed a following — the respect of their peers — elevate themselves above the pack. They’re special.

Don’t you want to be one?

What’s the shortest amount of time you’ve gone from Googling something you don’t know to pretending you’ve always known it and mocking others who don’t?

Giving those in the industry heroes and villains to love and hate. Even the breaking tech scoup of the day to talk about at the #watercooler Slack thread.

If VCs didn’t have money to fund your ideas, would you even know who Chris Sacca, Marc Andreessen, Peter Thiel, Dave McClure, Eric Schmidt, Kevin Rose, Sean Parker, or Paul Graham even are?

Reason: Imagine spending the past year of your life in your room. You don’t go out with your friends. Your health becomes the butt of your own jokes. You lose your significant other and make no money. Your parents leave unanswered voicemails. And your dog has given up asking to play fetch.

Your whole life becomes dedicated to one thing: launch.

So when the day finally comes, the day you’re released from your self-made prison, you want to make sure everyone knows. It needs to feel worth it. Which is why they share with friends first. Justifying it in their heads:

“My friends won’t mind if I ask them to help spread the word, right?”

“They’d do it on their own anyways.”

“I’m actually doing them a favor by telling them. They’d be mad if I left them out.”

You didn’t ask certain friends to do this because you secretly fear they’ll think less of you if you fail, right?

Reason: A friend of mine once said he had an amazing story. He wanted to turn it into a book and would start on Monday. The weekend ended and I asked him if he was excited to start. He looked at me and with a straight face replied: “What?”

Another person I learned about wanted to throw a pool party at a dilapidated mansion with a gigantic pool. To make it special, he wanted to buy dozens of incredibly large pool floats in the shape of white swans. Putting bikini-clad women on them would make the party #Instamemorable.

But shipping from the U.S. to Australia (where he lived) would cost thousands. So what did he do?

He hired a freelance designer to mock up a swan pool float for $450. Got a factory in China to make them for $16 a piece. Bought $5000 worth on credit cards(minimum purchase order). Paid another freelancer $100 to set up an online store to sell the ones he didn’t use for the party. Hired an SEO person for pennies to help him rank high in Google.

And sat back and enjoyed the party.

How’s he doing now? He made millions of dollars selling swans last year while living in Bali. His entire “company” automated.

Which of these people are you?

Walk into any startup incubator and tell them you’re holding a real life version of “Wacky Races” movie. 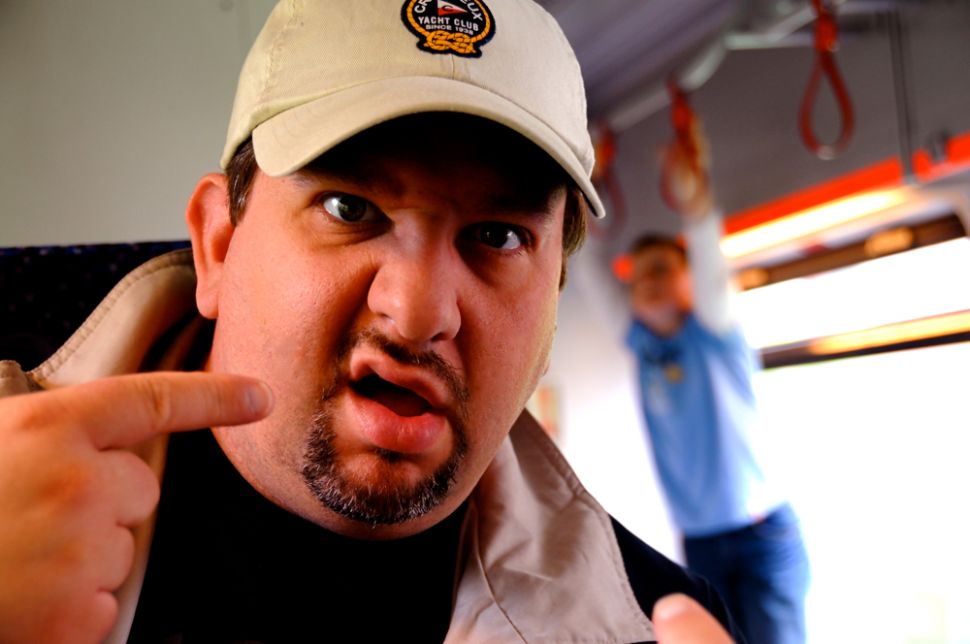