A handful of City Council members joined tenants’ rights groups outside City Hall to attack what they saw as insufficient action from Gov. Andrew Cuomo, a Democrat, in the lead-up to the expiration of the city’s rent regulations at midnight last night—and to call on the governor to take action now to pass new laws to preserve the city’s one million-plus cost-capped apartments.

Council Housing Committee Chairman Jumaane Williams joined the Flatbush Tenant Coalition and New York City Communities for Change in denouncing in what they claimed was an anemic effort by Mr. Cuomo to push for more tenant-friendly rent laws. The governor has drawn criticism from members of his own party for waiting until earlier this month to endorse the package of rules passed in the Democrat-dominated Assembly, and for what they claimed was a lack of pressure applied to the GOP majority in the State Senate, which has pushed for an extension of the existing statutes.

“He changed [his] language, but up until now, he hasn’t shown the action. We were counting on him by midnight to step up, step out and be a champion of New York City tenants. There’s still some time governor,” Mr. Williams said, noting that it was the heavily Democratic city that elected the governor twice.

Mr. Williams declared at a rent rally last month that he considered Mr. Cuomo wholly responsible for shepherding reformed rules through the legislative process. Today, he called for the governor to use the abrupt end of the regulations to declare a state of emergency, which would permit him to suspend the Urstadt Law—which places the city’s rent laws in the control of Albany—and temporarily devolve control over the program to the Council.

“If you do those things, then we will know that you really believe what you said. If you don’t, if you let this thing drag out, and people start losing their homes, then we know you really aren’t the champion that you said,” the councilman said.

The governor’s office did not immediately respond to requests for comment.

Assembly Democrats, with the backing of tenant advocates and Mayor Bill de Blasio, have called for making major capital improvement costs at regulated buildings a temporary charge to tenants rather than a permanent add-on to the rent. They have also sought to end the policy of allowing landlords to increase the prices of stabilized units 20 percent—and to remove rent-controlled units from the program entirely—when they become unoccupied.

Mr. Cuomo has voiced support for some of these reforms.

The rent laws expired for two days when they last came up for renewal in 2011, before Albany passed new regulations that retroactively covered any apartments that might have gone to market rate in the interim period. The legislative session is scheduled to end on Wednesday, but Mr. Cuomo vowed in a statement last night that he would detain lawmakers in the capital until they pass new regulations, and he promised whatever package they agree upon will be similarly backdated.

“I have been clear and unambiguous: this legislature will not leave Albany without passing new rent regulation laws for the more than two million tenants who depend on these protections,” Mr. Cuomo wrote, adding that he had also penned a letter to landlords warning them not to try to take advantage of the situation. “While the Legislature needs to act immediately, New York tenants should know that this state government will have zero tolerance for landlords that seek to exploit those who live in rent-regulated units.”

Manhattan Councilman Daniel Garodnick, a resident of the massive stabilized Stuyvesant Town complex, was less aggressive than Mr. Williams but still insisted it was up to Mr. Cuomo to rescue the rent laws.

“Ultimately, we’re counting on the governor to steer the ship here,” he told the Observer, adding that the governor should consider the executive declaration of an emergency and suspension of the Urstadt Law. “If they can’t resolve these issues within a reasonable period, then we should look at all avenues to protect these tenants.”

Property owners will be unable to increase rents on units under the lapsed laws until the present tenants’ leases expire.

The controversial 421a tax credit for developers also expired last night. Assembly Housing Committee Chairman Keith Wright, a Manhattan Democrat, has vowed not to allow the abatement to go through unless the real estate-friendly State Senate agrees to more protections for rent-regulated units. 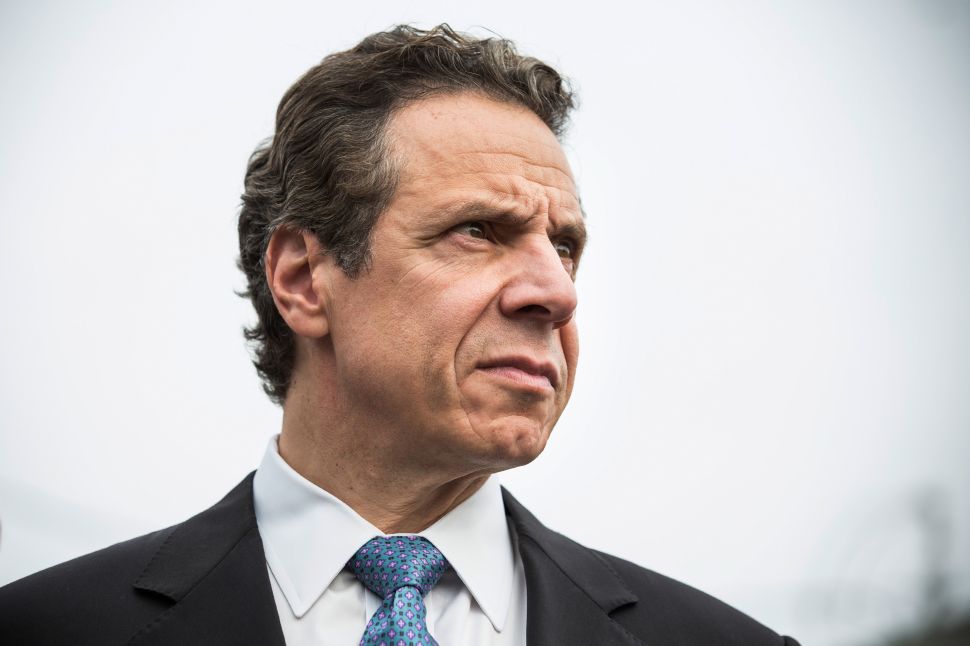