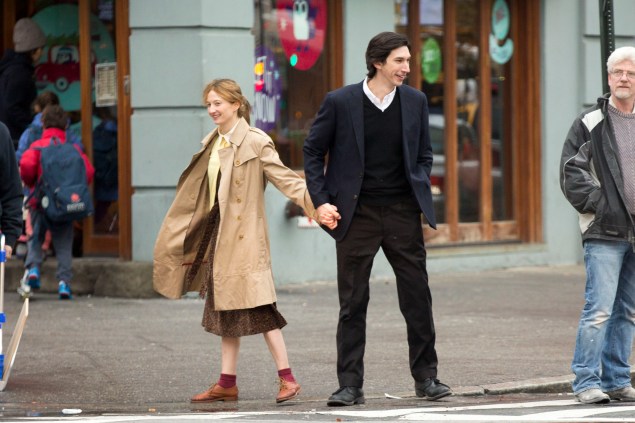 Written and directed by Saverio Costanzo, a weird psychological thriller called Hungry Hearts is an Italian film in English that deserves an A for originality, if nothing else. It follows a pair of New York newlyweds from hello to goodbye forever, with plenty of growing pathology in between. Whatever else you think, you’ll have to admit you have never before seen anything quite like this one.

It begins with funny but disgusting overtones when a neurotic girl named Mina (Alba Rohrwacher), a junior attaché at the Italian embassy, gets trapped in the bathroom of a Chinese restaurant with another customer named Jude (Adam Driver from the TV show Girls)—a man with a digestive problem who turns violently ill, making the air unbreathable. Before they are rescued, they get to know each other quite well for two strangers who just met by accident.

That’s the end of the comedy. From this ghastly but admittedly humorous beginning, they end up married and expecting a baby that a $10 psychic promises will be a very special creature indeed. Mina gives up meat and vegetables, denying the fetus badly needed protein. She also faints on a rooftop in the rain, collects books on children from another planet whose goal is to save the world, and insists on natural childbirth in a swimming pool.

This growing psychotic behavior causes an understandable friction in the marriage. Needless to say, when their son is born anemic, he’s odd and underweight, with a constant fever from malnutrition. Mina does not allow the unnamed infant to go outside for seven months because she’s afraid of exposing his skin to the sun, starving him so he will never grow and feeding him a diet of avocados

“She’s not crazy,” Jude (who is not exactly the freshest battery in the microwave himself) tells his mother, “she’s just … unusual.” Secretly he buys veal and turkey and feeds the meat to the baby in a nearby church, which drives Mina into a frenzy. Consumed with an obsession for purity and a fear of germs, the wacko mother bans shoes and cellphones from the apartment and protects the baby from all human contact, including the distraught father and Jude’s own mother (a guest appearance by the seasoned Broadway veteran Roberta Maxwell, who looks alarmingly like Madge the manicurist in the liquid detergent commercials). The last part of the movie turns into a psychological thriller as Jude and his mother kidnap the baby and Mina goes unhinged. It ends with a bang (in more ways than one), but you have to see the movie to find out who pulls the trigger.

Hungry Hearts is clumsy and preposterous, and it can’t make up its mind whether it wants to be a horror film, a Roman Polanski sitcom or a satire on lunatic parenthood. It decides to be a bit of all three. The leads are as queer as the screenplay. Alba Rohrwacher, as Mina, is a pale, emaciated woman with an untraceable accent so strange she needs subtitles. Adam Driver, as Jude, is a skinny, treetop-tall clod with the biggest nose since Jimmy Durante. I watched them sink into madness with my mouth wide open, admiring the audacity of it all. I don’t exactly know how to describe Hungry Hearts, but imagine what would happen if Rosemary’s baby was born a vegetarian. 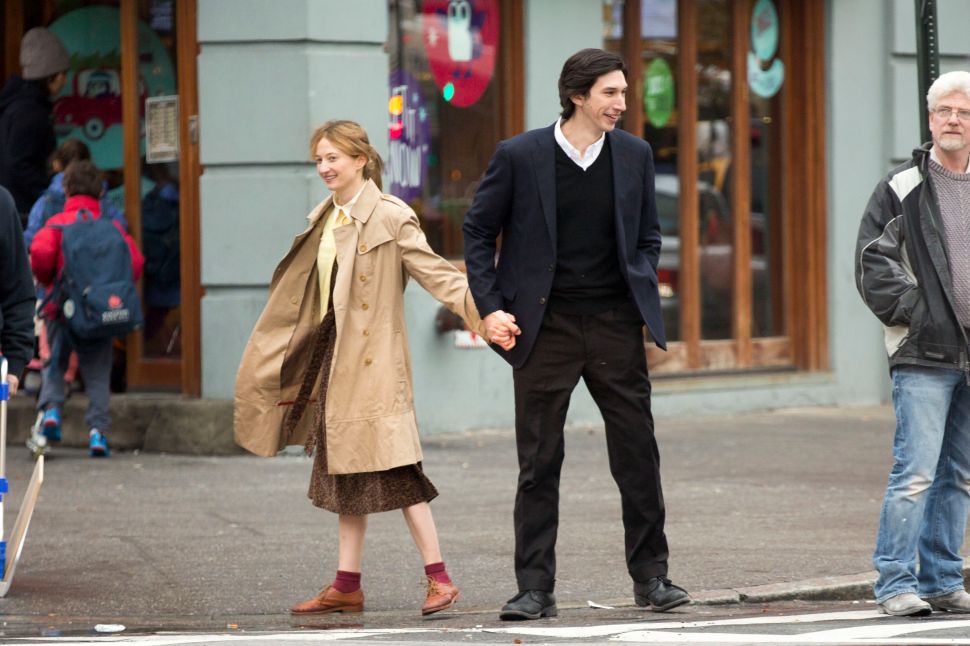