For 50 years, Abe Foxman has been a distinguished leader of the Anti-Defamation League, guiding the fight against anti-Semitism and injustice. For that, credit is due. But in his final months before retirement, Abe has undergone a startling metamorphosis from defender of the Jewish people to full-time apologist for the Obama Administration.

Being a Jewish leader — or even a man of principle — means being prepared to sacrifice one’s access to the White House in order to criticize those policies of the Administration that are injurious to Israel’s safety or contravene basic democratic principles. The proposed deal with Iran provides one such example. Rather than lead the opposition to the catastrophic deal President Obama is negotiating with Iran, an existential threat to Israel, Abe instead opted to publicly chastise Israel’s Prime Minister for voicing his concerns to Congress. He even went so far as to suggest that John Boehner disinvite the Prime Minister.

One can argue that Mr. Foxman might harbor a strategic-mindset different from Netanyahu’s, which is his right. But his instantaneous, automatic, over-the-top defense of Obama’s reputation is unbecoming for the head of the ADL.

In 2011, the ADL spearheaded a campaign calling on Jewish groups to sign a “pledge” to hold their tongues and not criticize Obama’s record in Israel. This utterly ridiculous measure (and total abrogation of our nation’s first amendment) was called the “National Pledge for Unity on Israel.” The Emergency Committee on Israel put forth the most fitting response to the motion, saying: “You must be kidding.”

Then, just last summer, Secretary of State John Kerry presented a cease-fire proposal that clearly favored the demands of Hamas over Israel. So unbalanced was this peace deal that even Bibi-hating Haaretz criticized it, which is saying a lot. Columnist Ari Shavit argued that Mr. Kerry had pushed the Israelis and Palestinians toward an escalation when a cease-fire was in reach. Barak Ravid, Haaretz’s diplomatic correspondent (who never hesitates to attack me for being too right-wing), wrote that Mr. Kerry’s plan might as well have been written by the head of Hamas.

How did Abe weigh in on all this?

“It’s unwarranted and inappropriate to criticize him for an effort to bring peace closer or bring about a cease-fire.” Right there, an important defender of the Jewish people and Israel had outflanked its detractors.

But this week, Abe Foxman outdid his persistent and stalwart defense of the President at the expense of Israel’s defenders. Michael Oren, the renowned historian, Israel’s former Ambassador to the United States, and current member of the Knesset, published a comprehensive article in Foreign Policy critical of President Obama’s failed strategy in the Middle East. Rather than applaud Mr. Oren’s honesty and accuracy in dissecting the Obama Administration’s Middle East mess, Abe honed in on one paragraph in which Oren suggested that as “a child raised by a Christian mother [Obama] might see himself as a natural bridge between her two Muslim husbands.” Mr. Oren then speculated that Obama’s abandonment by his fathers “could lead him, many years later, to seek acceptance by their co-religionists.” An apoplectic Abe Foxman accused Mr. Oren of “insensitive and unjustified attack on the President,” and even demanded that Mr. Oren “walk back” his words, which he claimed were “borderline stereotyping” and “veer into the realm of conspiracy theories.”

Mr. Foxman has every right to disagree with Mr. Oren’s psychoanalysis. Indeed, I am personally not persuaded by Mr. Oren’s argument, even as I find what I’ve read so far of his new book Ally to be erudite and compelling. But, let’s not forget Oren is entitled to his opinion.

Moreover, the type of psychoanalysis employed by Mr. Oren and so vilified by Mr. Foxman is in no way unusual. On the contrary, historians like Mr. Oren frequently psychoanalyze presidents, accusing FDR for example of having mommy issues, Bush 43 of daddy issues, and Clinton of all types of issues to explain his peccadilloes.

In all, Mr. Foxman defends even the most intolerable actions of the Obama administration all while never tolerating their critics. It’s gone so far that I suggest they adopt a name-change, one that requires the insertion of just a single word. From now on, the ADL ought to be called the OADL, or “The Obama Anti-Defamation League.”

This name-change seems even more appropriate considering the worrying fact that this trajectory isn’t Abe’s alone but signals a change in direction for the ADL as a whole, given that the ADL decided to replace Mr. Foxman with Jonathan A. Greenblatt, a special assistant to President Obama.

In contrast to all this stands a very different model of leadership laid down by the prince of the Jewish People and moral conscience of humanity, Elie Wiesel. Totally prepared to see his presidential access slip away, Elie Wiesel fearlessly and courageously spoke truth to power, telling President Reagan not to visit the Bitburg Cemetery in Germany, where members of the Waffen-SS were buried.

For those who don’t remember, the Bitburg Controversy of 1985 constituted one of the most acrimonious confrontations between any U.S. administration and the American Jewish community. Ignoring exhortations to avoid exacerbating tensions with Reagan — who was viewed as a strong friend of the Jewish State — Mr. Wiesel stood beside the president on national television after receiving the Congressional Medal of Achievement, and right then and there pleaded with him not to go to Bitburg. “That place,” he said famously, “is not your place. Your place is with the victims of the SS.”

Prof. Wiesel furthered this paradigm of true leadership this past March when he joined me in a full-page ad in the New York Times urging President Obama to listen to Prime Minister Netanyahu’s speech to Congress given Iran’s genocidal intent against Israel.

By refusing to bend to the will of successive American Presidents, Mr. Wiesel put to rest for good the stereotype of the “court Jew” who, fearing persecution or banishment, silently accepts the policies of the sovereign, no matter the consequences for the Jewish people.

It is this standard set by Elie Wiesel that all Jewish leaders ought to follow. A model where one’s singular goal is to ensure the well-being of the Jewish People by preventing their defamation — no matter the costs.

Shmuley Boteach, America’s Rabbi, is founder of The World Values Network, the foremost organization influencing politics, media, and the culture with universal Jewish values. He is the international best-selling author of 30 books, including The Israel Warrior’s Handbook, which is about to be released. Follow him on Twitter @RabbiShmuley. 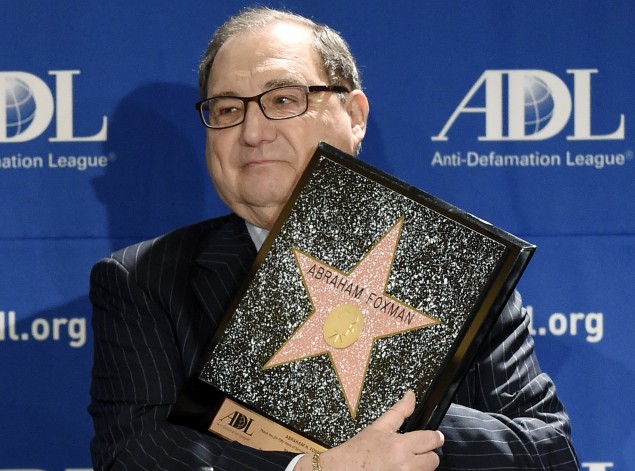