The Supreme Court’s two recent groundbreaking decisions, legalizing same sex marriage and legitimizing Obamacare, are both unambiguously big victories for progressives. It is worth remembering that fewer than eight years ago, both President Obama and his possible successor,Hillary Clinton, opposed marriage equality. That is evidence of just how quickly public opinion has moved on this issue.

Both decisions benefit Democrats and further their vision of what the U.S. should look like. The corollary, that the decisions are bad for the Republicans, is, however, not quite the case. The Supreme Court may have affirmed the central piece of domestic legislation of President Obama’s time in office, and ruled in favor of the highest profile civil rights issue of the day, but the Court also gave the Republican Party two distinct opportunities.

It is now apparent that the wisest thing Republicans can do in a general election is to not discuss marriage equality and they no longer have to. Opposition to marriage equality remains strong in the Republican Party base, but the majority of Americans support it. The Supreme Court has now made it very easy for Republicans to stop discussing a political loser because there is no remaining policy debate. Smart Republicans can craft a position that satisfies the base yet does not alienate swing voters. Republicans who can articulate that will be much more viable national candidates than those who continue to focus on this issue that has no resonance outside the Republican base.

The Affordable Care Act (ACA) does not enjoy the same level of popular support as marriage equality. Since its passage, Republicans have sought to overturn the ACA through legislative and judicial processes. While the King v. Burwell case probably rules out further judicial challenges to the ACA, there is no reason why Republicans cannot continue to try to repeal, or substantially change, the ACA through continued legislative efforts. If a Republican is elected President and the GOP retains control of both house of Congress, this will be a real possibility. For the Republicans, this means that they can continue to campaign on repealing the ACA, and perhaps even succeed in that endeavor.

Thus these two Supreme Court decisions make it possible for Republican politicians to stop talking about an issue that is now of no help to them, while continuing to pledge to overturn a still unpopular piece of legislation. The question of whether or not Republican presidential candidates can see their way to taking advantage of this situation is a different one. For many of the Republican Presidential candidates, the temptation to focus on marriage equality is too strong to resist. In a long statement on his website, Mike Huckabee could barely contain his furor. “The Supreme Court can no more repeal the laws of nature and nature’s God on marriage than it can the law of gravity. Under our Constitution, the court cannot write a law, even though some cowardly politicians will wave the white flag and accept it without realizing that they are failing their sworn duty to reject abuses from the court.” Ted Cruz expressed a similar degree of hyperbole referring to the day of the decision as “Some of the darkest 24 hours in our nation’s history.”

Cruz and Huckabee are very angry about this judgment, but have little chance of becoming President anyway, so their words should be understood in that context. Nonetheless, it is candidates like them who are driving the discourse within the Republican primary, and the perception of the Republican Party as intolerant. This is not good news for viable candidates like Jeb Bush who have sought to strike a less adversarial tone.

These two court decisions provide conservatives the opportunity to demonstrate not only that they are capable of governance, but that they are even interested in governance. Those conservatives who spend the next months railing against what they see as a terrible Supreme Court decision on marriage equality, often deploying jarringly apocalyptic and biblical language, are essentially conceding that they are not all that interested in governing. Republican candidates who interpret these decisions as an opportunity to deemphasize losing positions on social issues while refocusing on economic issues and even the ACA, on the other hand, will demonstrate, that they at least have a general sense of what it means to be President—and how to get there. 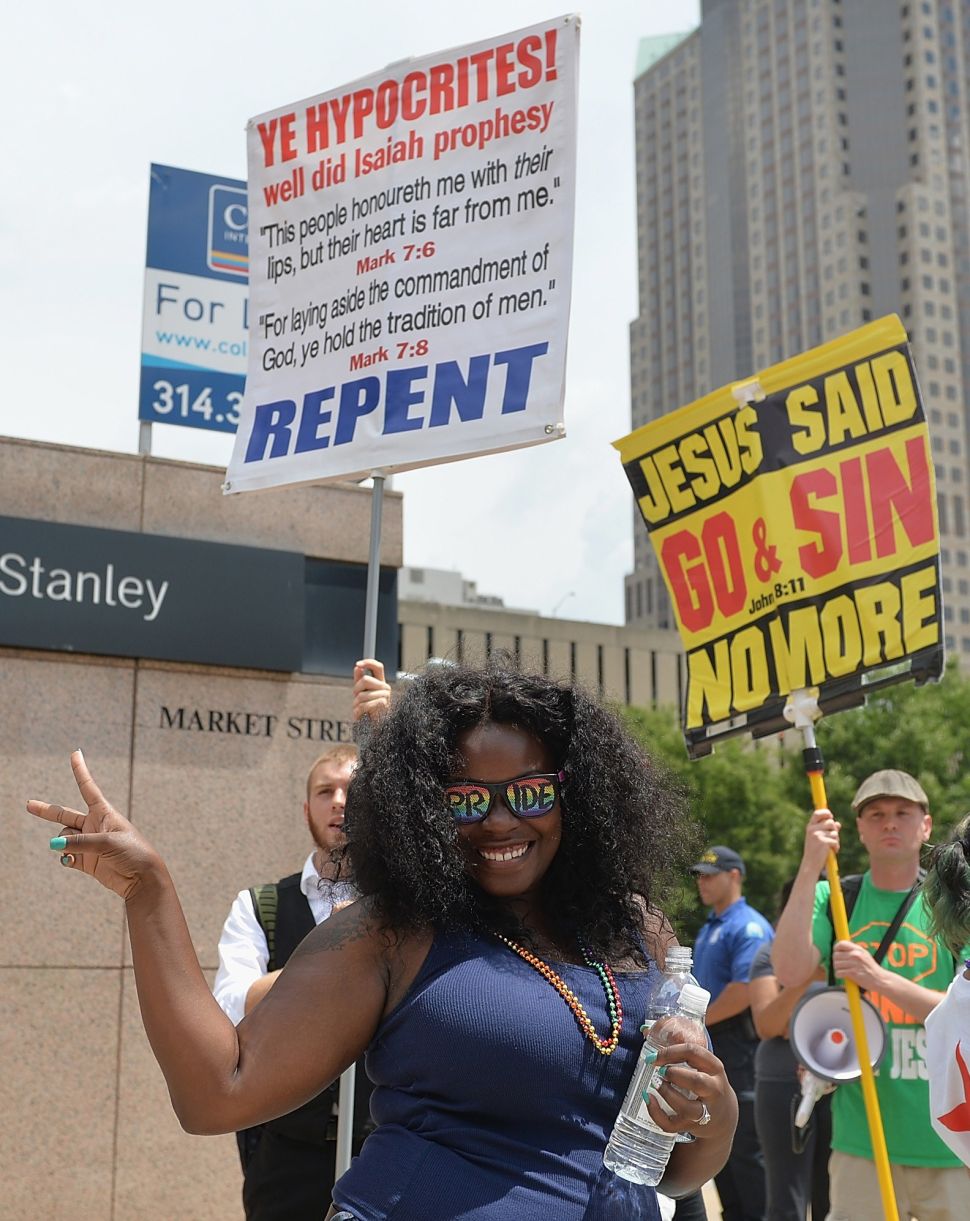