Pierhouse, a hotel and condominium complex that blocks some views of the Brooklyn Bridge, was given the all-clear for initial construction. After months of debate between developers and organizers, Justice Lawrence S. Knipel of State Supreme Court decided developers were within legal rights in blocking bits of the bridge from those on the Brooklyn Heights Promenade, according to the Times. Mr. Knipel said there were numerous reasons construction could proceed, two of them being that the government made “a conscious decision” to allow the project to go on “for reasons relating to economic sustainability,” and that opponents failed to file their challenge within the time allotted by law. (New York Times)

Rent regulations that limit the amount landlords can charge for a large percentage of apartments in New York and surrounding communities expire today at midnight. This past weekend, lawmakers in Albany did not appear to close a deal to extend or modify the rules. Mayor Bill de Blasio isn’t too pleased about the situation: “This is really Albany at its worst,” he said in an interview on WCBS 880. “If rent regulation expires, it’s the end of New York City as we know it.” An estimated one million apartments in the city are covered by these rent regulations. (Observer)

NYPD officer Augustina Balu, 44, has just won $325,000 after suing Lieutenant Denis McAuliffe for sexually harassing her inside the Transit Bureau in Brooklyn over a period of six years. From 2005 to 2011, Mr. McAuliffe harassed Ms. Balu by showing her pornography on his computer, forcing his tongue into her mouth, and showing her his underwear. In addition, Ms. Balu’s lawsuit stated that Mr. McAuliffe also grabbed her breasts and told her she needed to wear sexier underwear instead of “granny panties.” In court papers, the city and Mr. McAuliffe denied Ms. Balu’s claims. A city Law Department spokesman added that they were “disappointed with the verdict.” (New York Post)

How long have you wondered who’s behind EV Grieve? Well, no need to wonder any longer as John Elsasser has finally revealed his identity last night. For the past eight years, Mr. Elsasser has remained anonymous, even when quoted in mainstream media outlets like the New York Times. Despite its anonymity, the Village Voice named the blog the city’s Best Local Website last year. The decision to reveal himself wasn’t a spontaneous thought, Mr. Elsasser had thought about it for a while, but only deemed it necessary now. “It seems easier now to make this disclosure, helped in part that a news site has designs on publishing a ‘Who is EVG?’ article in the days/weeks ahead,” he wrote online. (Bedford and Bowery)

Few New Yorkers get to say they own $10 million worth of African art. But what’s even more interesting is that Eric Edwards, a former AT&T Executive living in Clinton Hill, has launched a Kickstarter campaign to help fund a museum for the extensive collection. “My life’s mission has shifted from building this collection, to ensuring that it can find a home where it can be preserved and cared for,” he said in an interview. Mr. Edwards hopes to hit $35,000 in funding through donations, and with the money he’ll be able to open the Cultural Museum of African Art in Bed-Stuy by the end of this year. His collection is currently 44 years old and represents 54 countries in Africa. (Gothamist) 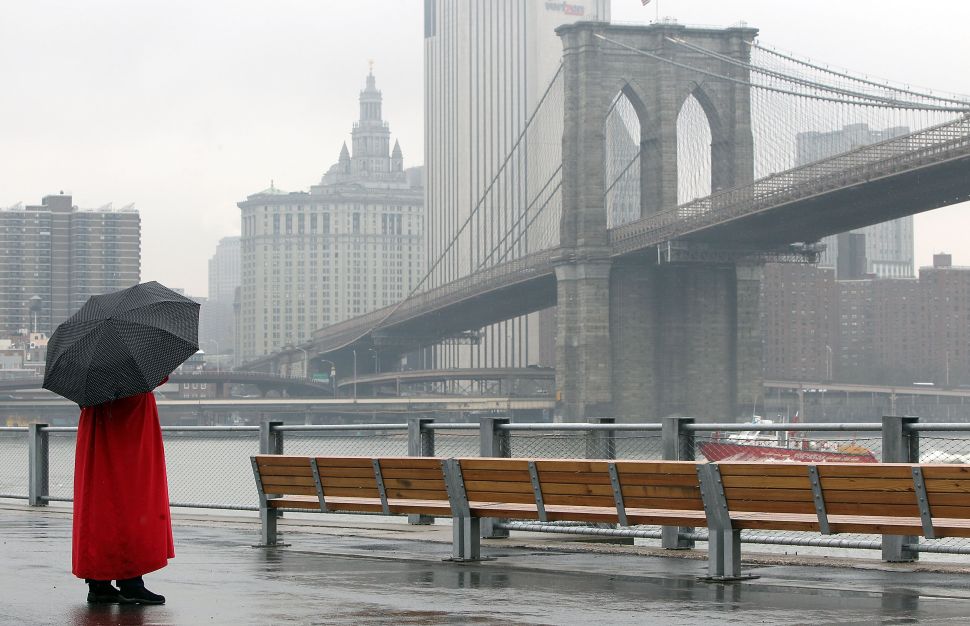