Looks like it’ll be hard to find a Citi Bike for a while. According to the Post, Citi Bike has 900 bikes waiting to be fixed, slowing down the ride-share program across the city. But it’s not exactly their fault. Apparently, former Citi Bike management, Alta Bicycle Share, left the bikes in rough shape when primarily focusing on quick solutions rather than in-depth fixes. Now, Citi Bike mechanics are having to play catch-up: “We are working to raise the quality of repairs so they stay out on the street for awhile, and not come back in one to two weeks,” mechanic Evan Ryan said. (New York Post)

So much for no rain. While this year’s May was the second driest New York has ever seen, it doesn’t seem to be the case for June. Yesterday, the city was hit with storms powerful enough to cause flooding and power outages. And it won’t stop there—the rain is set to continue today and tomorrow. The National Weather Service has placed the city under flash flood watch all the way through Tuesday night. (Gothamist)

Today also marks the beginning of the third annual Gun Violence Awareness Month in the city. For the next 30 days, there will be marches, rallies, and youth-engagement events in efforts to reduce gun violence. New York has been the only state so far to dedicate an entire month to raising awareness about gun violence. On June 10th, supporters plan on wearing orange. (CBS New York)

Two historic Fulton Fish Market warehouses are set to be torn down, but whose fault is it? According to DNAinfo, the city and the Howard Hughes Corporation have been accused by local preservationists of allowing the New Market Building and the landmarked Tin Building to crumble as an excuse to tear them down. In 2010, the Economic Development Corporation determined that $10 million was needed to repair the structures, but the repairs were never made. Activists have fought hard to preserve the buildings, but it looks like now they may be out of luck. Portions of the buildings will be torn down by the city because they are in “danger of collapse,” EDC spokeswoman Kelly Magee said. (DNA Info)

New Yorkers walking past a 30-story building on 261 Madison Avenue have been looking up this morning. On Sunday, a crane hauling a massive air conditioner up to the top floor dropped the load. While there were no critical injuries, the NYPD stated that ten people were hurt. Since then, the neighborhood has been quite busy with a clean-up––and lots of pictures from passerby. (Daily News) 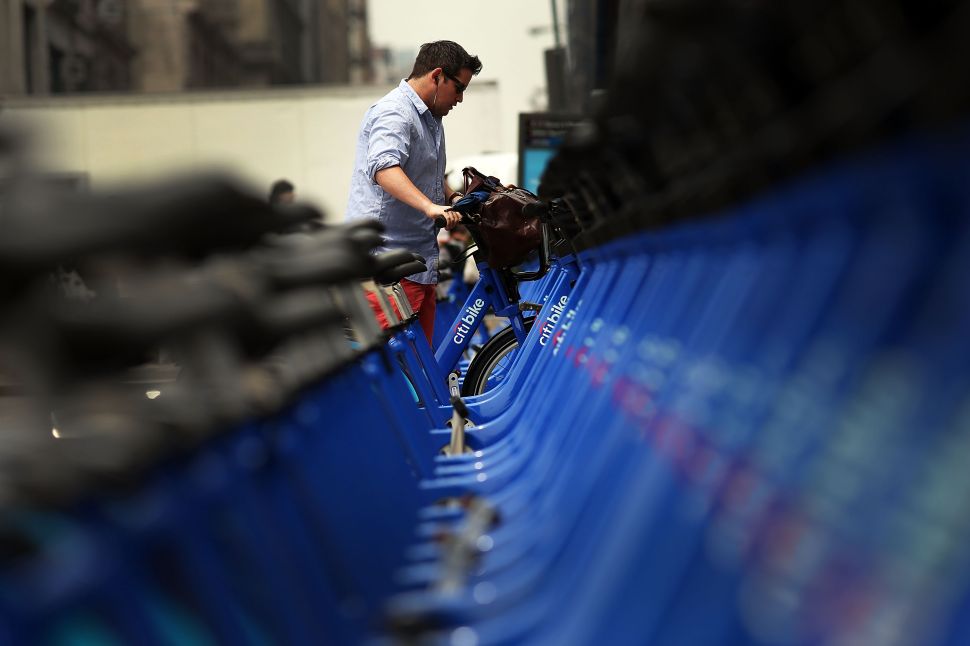