During one of the most historic Gay Pride weekends to date on Sunday, an NYPD officer embraced the spirit at the Pride March by dancing with LGBT softball league member to Michael Jackson’s “Don’t Stop ‘Til You Get Enough.” The YouTube video of the dance has spread like wildfire; it features the cop getting down-and-dirty for a few seconds and receiving a big smooch on the cheek at the end. (DNAinfo)

In an interesting turn of events, Albany Republicans voted against a bill that would prevent people from being arrested for carrying gravity knives (smaller, cheaper switchblades) without “criminal intent.” The measure would allow for some leeway when carrying concealed gravity knives in New York, overturning the blanket legislation that has existed since 1956, which states that anyone can be arrested for carrying a knife regardless of their intentions. The bill was proposed by Dan Quart, a Manhattan Democrat, and could have been voted down by Republicans out of sheer unwillingness to approve a Democrat’s suggestion, sources told the Voice. (Village Voice)

New York City Council’s hefty $78.5 billion budget that passed Friday included a comparatively small, but significant fund of $1.4 million set aside to assist those caught in one of the most detrimental traps of the criminal justice system—having bail set, but being unable to afford it. Fronted by Council Speaker Melissa Mark-Viverito, the fund is set not only to help those subjected to socioeconomic injustice inherent to the system, but also to save quite a bit of money, with the average inmate costing the city $450 a day for an average of 24 days. (Vice News)

Tenants remain unhappy despite the tentative end to the rent legislation battle in Albany. Despite a loose deal that was drawn Thursday approving some measures to strengthen rent regulations for another four years. Labeling the deal #BigUgly, tenant advocate groups don’t believe enough is being done to get them what they want, especially when vacancy decontrol is at stake when the four-year deadline is up. (Metro New York)

Gwendolyn Williams, 10, landed with a state-ruled thud on the New York Post’s front page last May after the Department of Education determined she was one pound overweight. Four-foot-one and weighing 66 pounds, the Staten Island preteen was labeled officially overweight by a D.O.E-issued Fitnessgram, a fitness assessment measuring kids’ Body Mass Indexes. Today, the school system admitted to detrimental flaws in ratings and have ceased using words like “underweight,” “overweight,” and “obese.” (New York Post) 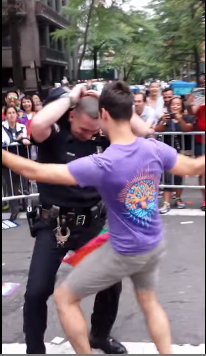