Ai Weiwei‘s Circle of Animals / Zodiac Heads has sold for $5.4 million at a Phillips sale—a record for the “dissident” Chinese artist’s work at auction.

The bronze sculpture series from 2010 was acquired by an unidentified buyer; the sum achieved bested a February record, also set at a Phillips auction, of approximately $4.4 million, for a gold-plated series. It was later reported that that sale was to tech entrepreneur and Napster co-founder Sean Parker.

The series sold today in London consists of 12 heads in bronze, each depicting a sign of the ancient Chinese zodiac. The statues range in size, with the largest more than 12 feet tall, and each sit atop a stand with a broad base.

“The market continues to react best to works of art which are offered with sensible and appealing estimates, and we’re thrilled in particular to have seen such a strong result for Ai Weiwei’s Zodiac Heads which set a new record for the artist,” said Peter Sumner, director and head of Contemporary Art, London, for Phillips, in a statement.

Circle of Animals / Zodiac Heads was produced in six full-scale bronze editions and six gold-plated smaller editions for indoor display. The work was first publicly exhibited in Central Park in 2011. 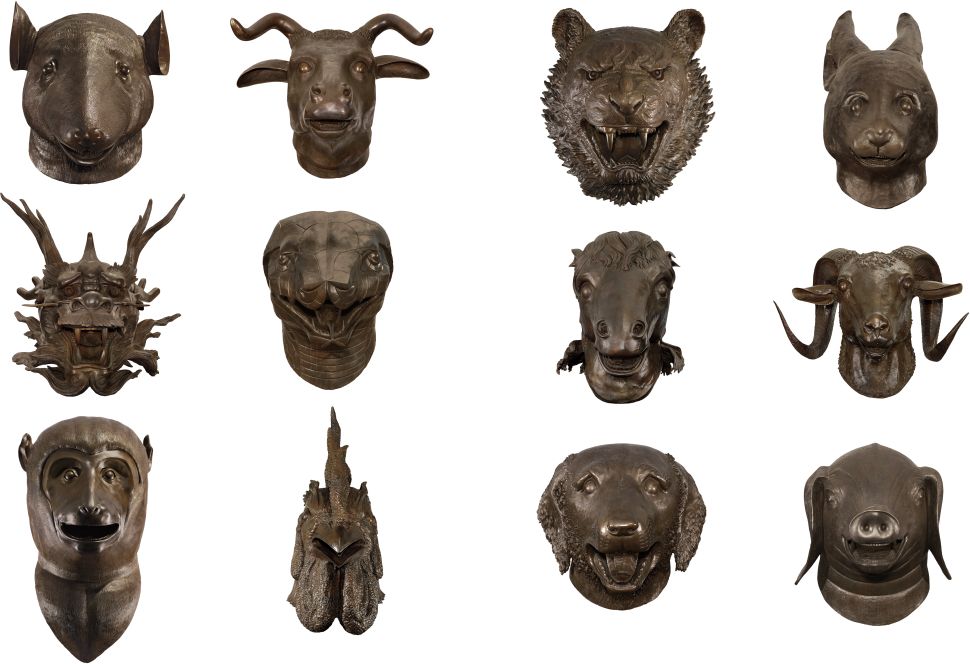