There’s a palpable energy at any good show, not only through the communal experience of being in the crowd, but between artist and audience, too. A mutual sense of awe at what’s transpiring onstage when a young artist just begins exhibiting power; everyone leaves those shows convinced they have just seen something righteous. I have a few of those memories myself. New York City is good like that.

I now have even more after watching Van Morrison on Friday night during a tight, Father’s Day weekend set at Forrest Hills Tennis Stadium in Queens. Looking out over the vast sea of beer bellies and porkpie hats, the Observer couldn’t help but wonder how many dads were brought to the show as some sort of Father’s Day gift. The amount of sons and daughters accompanying these dads suggests this must have been the case.

That “Van the Man” owned the space and delivered a powerhouse set, then, was a sort of triumph. Taking to the stage with his band, a different sort of shared experience transpired between Van and the crowd when the Celtic mystic began to play. This wasn’t some celebration of youthful fervor; this was the Van Morrison who Lester Bangs wrote about in his seminal Astral Weeks essay, the Van who captured “…one moment’s knowledge of the miracle of life, with it’s inevitable concomitant.”

Yet Astral Weeks tunes made no appearance in Van’s set, and with good reason. That album, best listened to as a whole, looks on the fate of human existence with a heavy handedness. And though Van’s set could certainly be interpreted as a comment on his age at times, with songs like “Magic Time,” “Precious Time,” “Whenever God Shines His Light” and “Real Real Gone” taking on new meanings when played at this point in his career, this was a celebration of life’s fragility, not a lament.

“Moondance” was an early highlight in the set, but the summer sun had yet to set, and you couldn’t help but think of those relatives who consistently eat dinner at 5 p.m. so they can go to bed early. Van brought out his daughter Shana for “Rough God Goes Riding,” which she also performs with him on his recent album of duets. It was a total dad move, and the crowd couldn’t get enough of it.

When the sun finally set and Van whipped out his sax for “Brown Eyed Girl,” the stadium was alight with dads taking video, unaware they had left the camera’s flash on. Later on, one dad covertly passed an empty beer koozie to another, as if it was contraband. There was no beer in this koozie. They were noticeably sloshed, and they deserved it—dads at play on the weekend of their own Hallmark holiday.

None of this should suggest that Van’s performance of these songs was fragile, phoned-in or limp. To the contrary, the man enunciated every word, voice high in the mix, with gusto. Of the two songs from his ’60s garage rock band Them that made their way into the set, “Here Comes The Night” was re-contextualized with age, though none the less urgent for it, while “Gloria”, famously reworked by Patti Smith, made for an urgent, rollicking set closer. These moments were proof that Van Morrison isn’t afraid of looking back, proud of every piece of music he wrote and comfortable letting it all age well. Pardon the fine wine analogy, dad vibes are contagious. 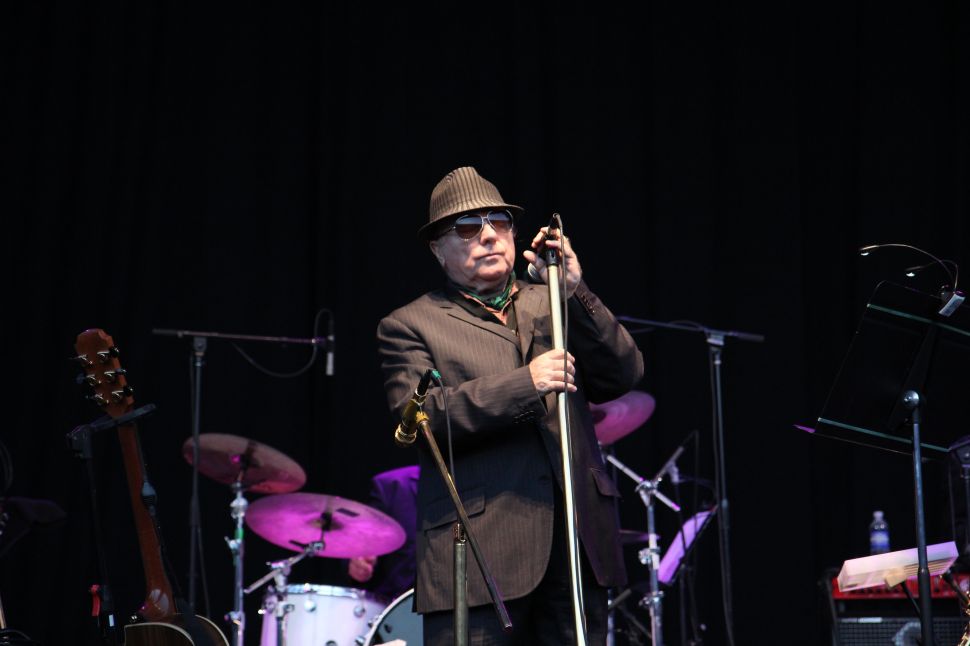